Home Archives Contact Us Subscribe Twitter MeWe Facebook Patently Mobile
Out of the Gate, Apple's Billion Device Base will give them the Edge over Google when it comes to Augmented Reality
A Bizarre Twist in an Apple Patent about a Rechargeable Battery System Reveals a Second Generation 'Liam' Device 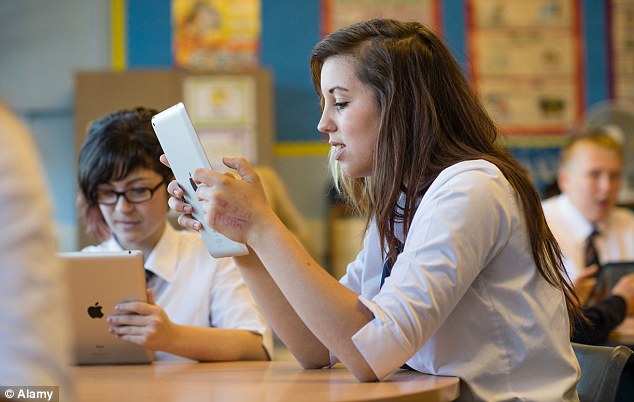 Just as Apple launches their back to school specials giving students free wireless headphones from Beats when buying a new Mac or iPad Pro, the U.S. Patent and Trademark Office publishes a pair of Apple inventions for the education market. The patents describe a new 'Educational Mode' available to schools to better handle traffic congestion when multiple classes of students are trying to save their lessons all at the same time to disk or the cloud.

When a class ends, the saving to disk and/or synchronizing to cloud storage of the work of all students in the classroom can cause a spike in classroom network usage that slows down the network and saving process. Further, student work, or classwork, such as animations, graphics, video, and other data can be very large, both on a per student basis and on a total for the classroom basis, further delaying the saving of the student data for a class. A tablet computer typically does not have sufficient computing resources to allow a previous student's computing processes to complete and to defer logout of the previous student, while simultaneously allowing a subsequent student to log in and begin work on the same tablet computer. Also, current tablet computers do not offer per-user data encryption on the tablet computer.

The Solution: Educational Mode Computing for Macs and iPads 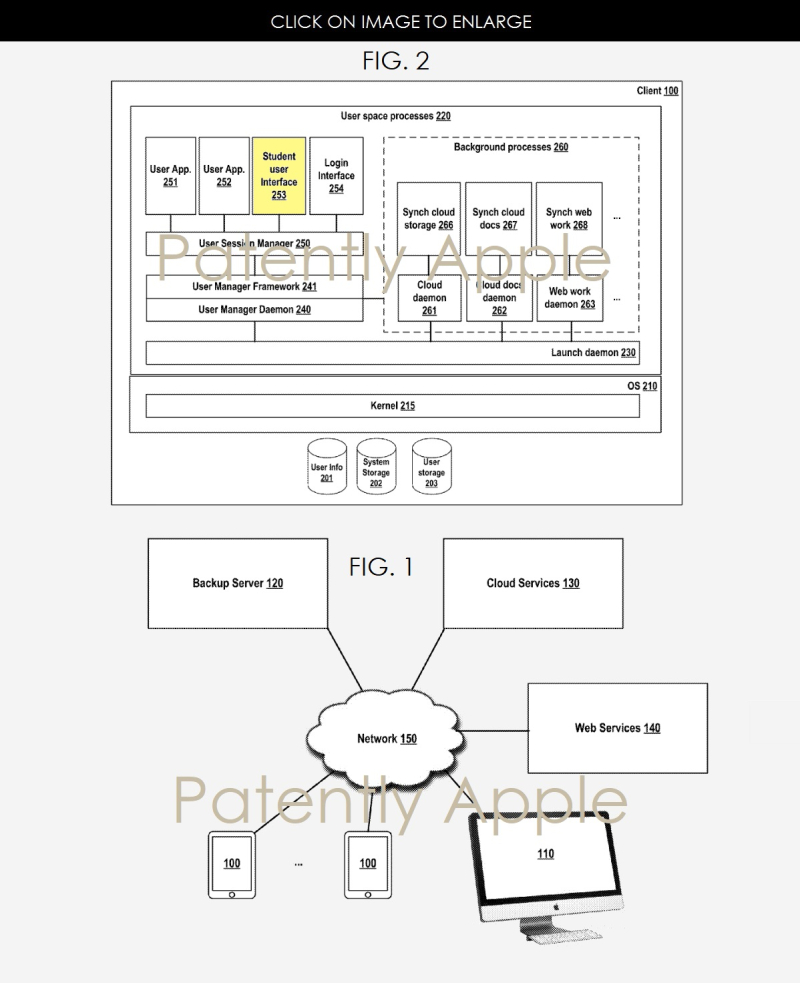 Apple's patent FIGS. 3A to 3F illustrate example displays of a method of logging in and logging out of users of a client system in an educational computing environment. 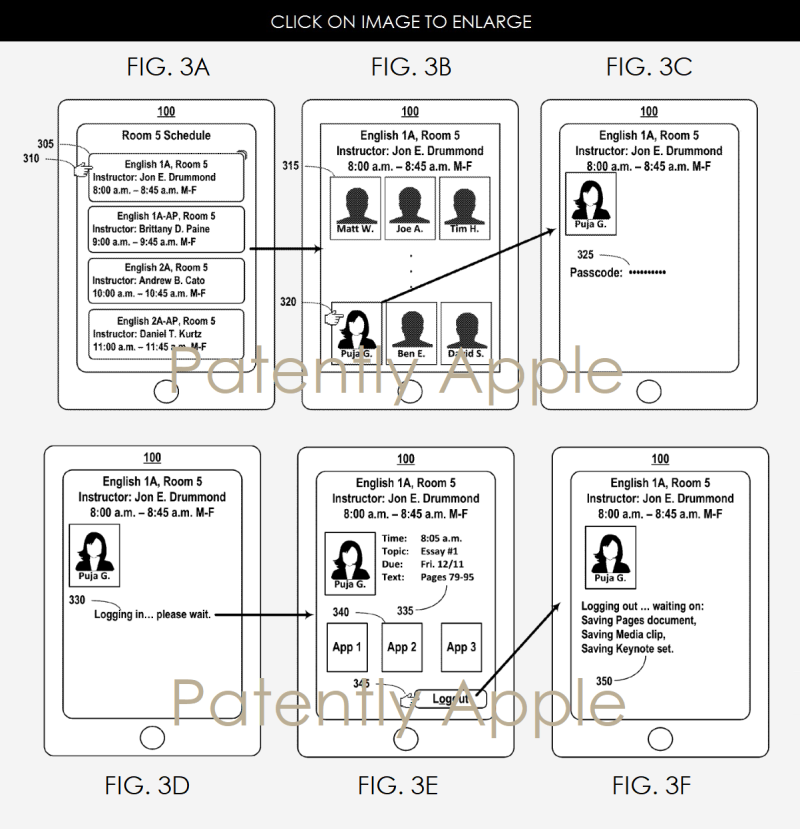