Patently Apple first reported on a radial menu patent back in 2012 when Apple was granted their first patent. It was filed in 2008, five years prior to Samsung introducing "Air Commands" at an event on September 4, 2013 for their Galaxy Note. Since then Patently Apple has posted several other patent reports on this possible future feature for both iOS and macOS (one, two and three). Today the US Patent & Trademark Office published a patent application from Apple that's titled "Device, Method, and Graphical User Interface for a Radial Menu System." The invention discusses how a user will be able to rearrange the various menu options of the radial menu to accommodate a user's workflow so as to save on the battery life of mobile devices. 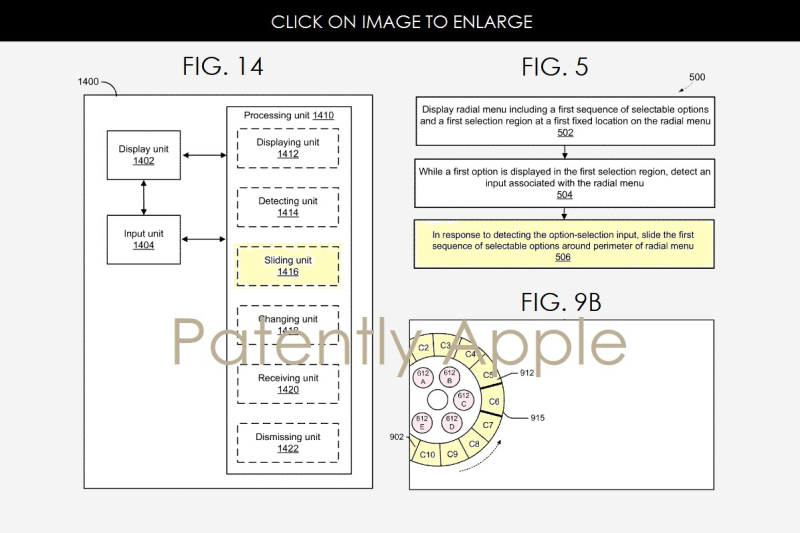 Apple's patent FIG 9B illustrates sliding the second sequence of options around a second ring of the radial menu.