Today the US Patent & Trademark Office published a patent application from Apple titled "Learning Device Interaction Rules." The invention was acquired. As you can see below, the inventors of today's Apple patent are the same as those listed on the 2006 granted patent with BellSouth IP being the assignee, not Apple. 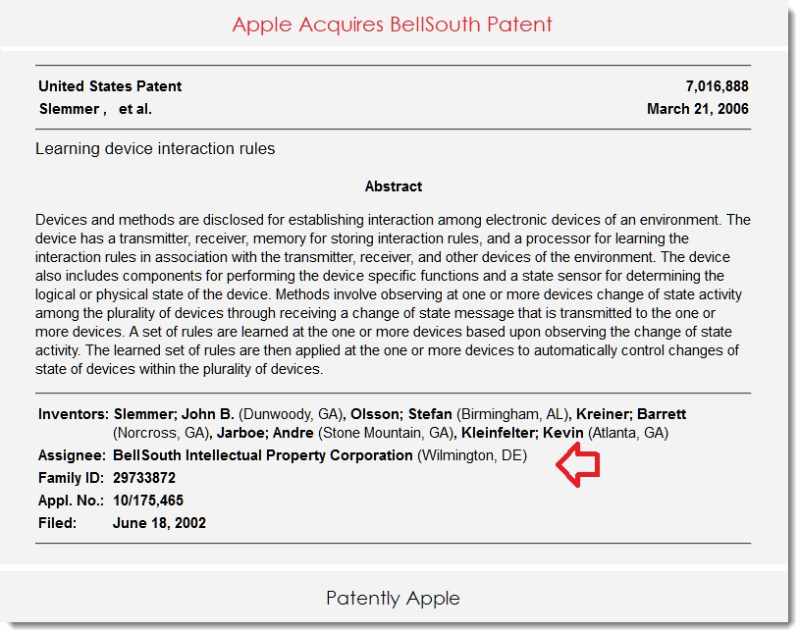 The patent covers a smart home environment being controlled by a single handheld device that learns new functions over time to control various in-home devices from a TV to an oven, microwave and so forth. There's no use delving into this patent because it's unknown if Apple acquired the patent for a particular technology to use with HomeKit or a future smart TV – or to simply stave off a potential patent infringement lawsuit.

However, with that said the original patent only covered 6 patent claims focused on TV and VCR functionality and interaction whereas Apple's version greatly expands the patent claims to 21 in total and modernizes the invention to cover all devices in a home and eliminating any references to VCRs that are no longer relevant.

For those wanting to dive into the details of this invention, check out Apple's patent here.

Apple's patent application 20170207982 was published today by the U.S. Patent and Trademark Office. Considering that this is a patent application, the timing of such a product to market is unknown at this time.