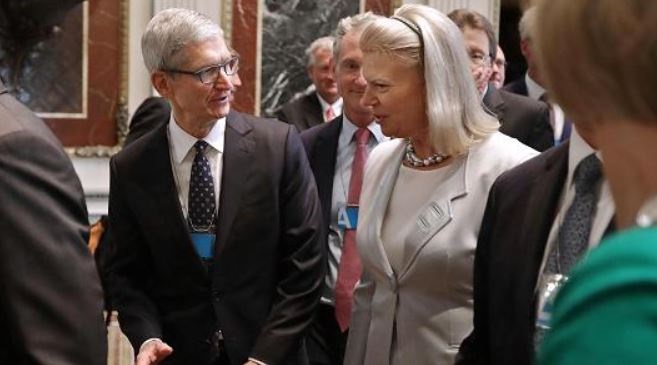 Today presidential advisor Jared Kushner said that with the government still using floppy disks and checking for Y2K compliance, the private sector's creativity will help move the Trump administration past the turn of the century.

CNBC's report further noted that "Major technology executives met with Kushner to gather ideas for modernizing the government. Kushner, who is also President Donald Trump's son-in-law, helps lead the White House Office of American Innovation, which he said aims to bring 'business sensibility' to the government." Kushner stated that "We will unleash the creativity of the private sector to provide citizen services in a way that has never happened before."

Chris Liddell, director of strategic initiatives for the Trump administration, told CNBC earlier to day that the summit will especially focus on cloud and cybersecurity. The government has more than 6,000 data centers and spends $86 billion a year on technology, figures that are "orders of magnitude" higher than the private-market equivalents, Liddell said.

Our cover graphic shows Apple's CEO Tim Cook and IBM's CEO Ginni Rometty attending the inaugural meeting of the American Technology Council in the Indian Treaty Room at the Eisenhower Executive Office Building next door to the White House June 19, 2017 in Washington, DC. The full story.