"Planet of the Apps" is produced by two TV veterans, Propagate's Ben Silverman and Howard Owens. Will.i.am, Jessica Alba, Gwyneth Paltrow and tech investor Gary Vaynerchuk serve as executive producers and mentors on the show, which is hosted by Zane Lowe, a New Zealand-born DJ who is creative director of the Beats 1 radio station on Apple Music.

To gain a larger audience for the new show, Apple could launch an Apple TV service like Amazon's Prime later this year. 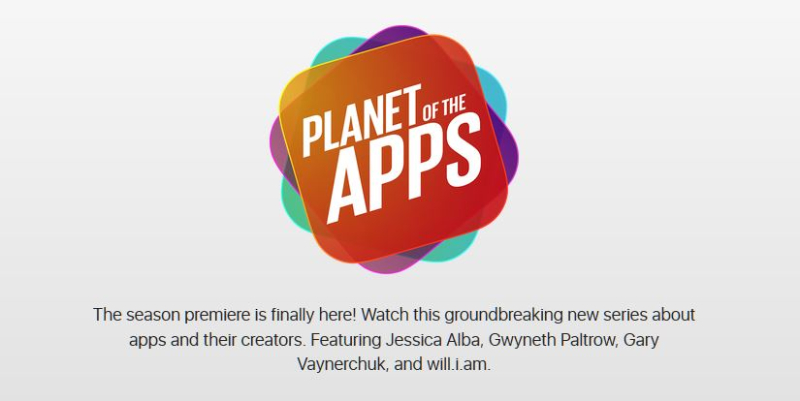