The 'Five Eyes' Intelligence Network backed by the U.S. and UK are Set to Tackle the Problem of Encrypted Messaging

On June 19, Patently Apple posted a report titled "The EU Rolls the Dice and Sides with No Decryption, No Reverse Engineering of Communications." Now the U.S. along with the top Commonwealth countries are set to push efforts that are contrary in nature to those proposed by the EU. Today Australia said it will push for greater powers to tackle the use of encrypted messaging services used by terrorists and criminals at an upcoming meeting of ministers from the "Five Eyes" intelligence network.

The United States, United Kingdom, Canada, Australia, and New Zealand, will meet in the Canadian city of Ottawa next week, where they will discuss tactics to combat terrorism and border protection, two senior Australian ministers said.

The "Five Eyes" (FVEY) refer to an alliance comprising Australia, Canada, New Zealand, the United Kingdom and the United States. These countries are bound by the multilateral 'UKUSA Agreement' for joint cooperation in signals intelligence, military intelligence, and human intelligence. In recent years, documents of the FVEY have shown that they are intentionally spying on one another's citizens and sharing the collected information with each other in order to circumvent restrictive domestic regulations on spying.

As a side note, the design of the UK's Communications Headquarters shown below (click on image to enlarge)  was well ahead of Apple's new Spaceship headquarters in Cupertino California that is now in its final stages. 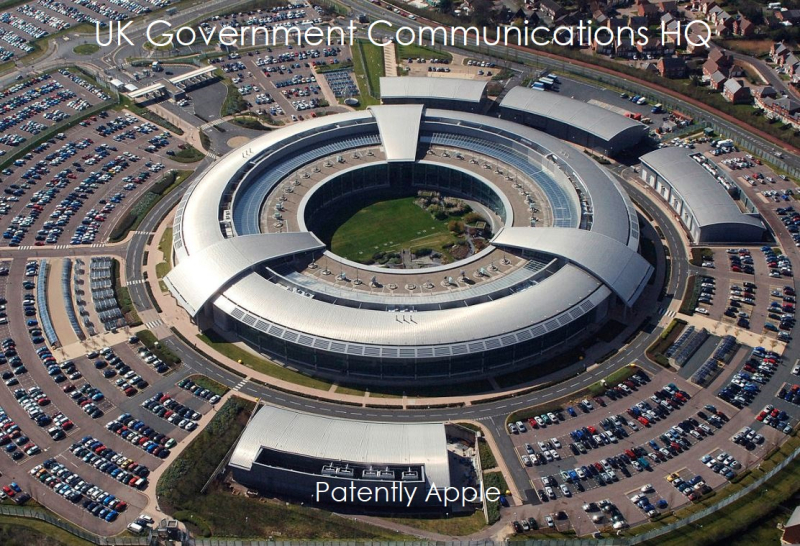 Australia has made it clear it wants tech companies to do much more to give intelligence and law enforcement agencies access to encrypted communications. Australian Attorney General Senator Brandis said in a joint statement: "I will raise the need to address ongoing challenges posed by terrorists and criminals using encryption. These discussions will focus on the need to cooperate with service providers to ensure reasonable assistance is provided to law enforcement and security agencies." For more, read the full Reuters report here.

Although Apple has been publicly critical of the approach on security taken by both the U.S. and UK, Apple's CEO Tim Cook recently went on the offense stating that they have indeed cooperated with the UK government in one of their recent terrorist attacks. No details were provided to understand to what degree Apple is cooperating.