Earlier this month the U.S. Patent & Trademark Office published a patent application from Microsoft that revealed a new hover sensing system for mobile devices such a Surface tablet, future smartphone and HoloLens. Hover touch sensing involves sensing a non-touch or pre-touch interaction of a finger or stylus with a surface, such as a display. A finger or stylus need not physically contact the surface. Our cover graphic above is from Microsoft's first granted patent for a hover touch system that we covered back in April. Hover touch technology is also being explored by Apple who was granted their first patent for this technology last April. They originally filed that patent back in 2009. Microsoft's technology could extend to Virtual and Augmented Reality applications. Whether Apple's application could extend to future AR applications is unknown at this time.

Microsoft notes in their opening summary of the invention that "A front-facing camera of a display device (e.g., handheld smartphone or tablet) may, in some techniques, be fitted with a tilted mirror to sense and locate hover of an object, such as a finger or a stylus of a user relative to a display of the device. 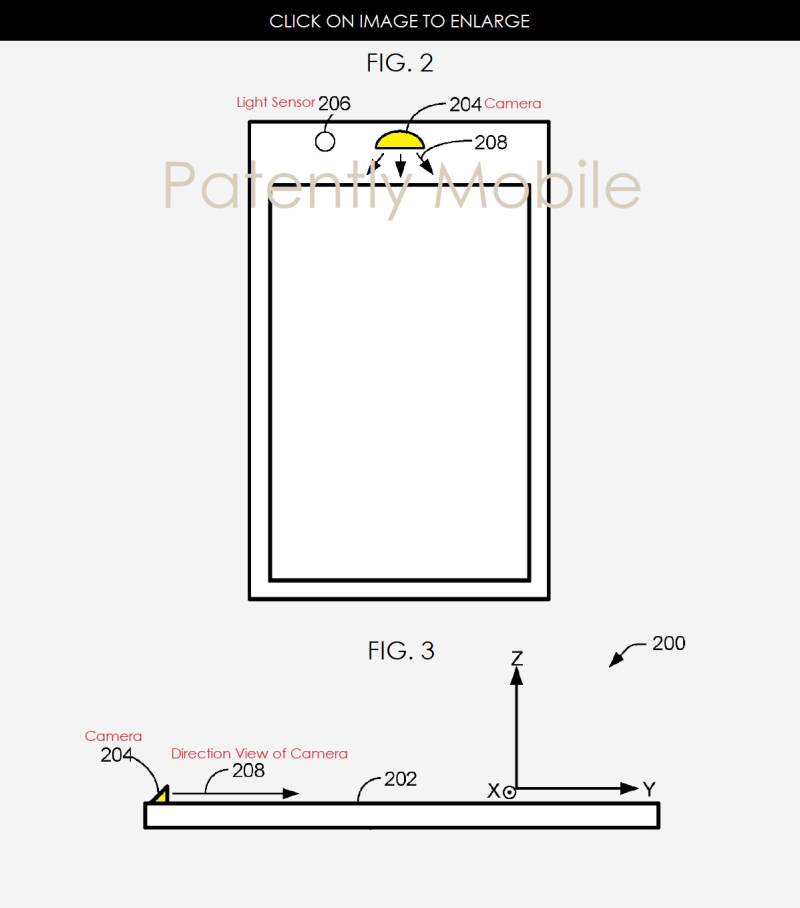 In some examples, a tilted mirror may redirect the view of the front facing camera toward a region just above the display of the device. The mirror could be flat, curved, and the like. Using image processing techniques, images of a hovering object, a finger or stylus, captured by the camera may then be used to sense right-left and/or up-down positions of the hovering finger or stylus.

In some examples, this determination, in conjunction with other known displayed patterns, may provide the three-dimensional (3D) location of the hovering finger or stylus."

Microsoft later notes that "In some examples, the term 'hover,' (sometimes called '3D touch') is used to describe a condition where an object is positioned in front of, but not in contact with, the front surface of the display, and is within a predetermined 3D space or volume in front of the display.

In some examples, Microsoft further notes that a display comprises a screen that illuminates light, which need not be in the visible spectrum. For instance, near-IR may be used to sense hover of a finger above a touch surface, without any visual display. 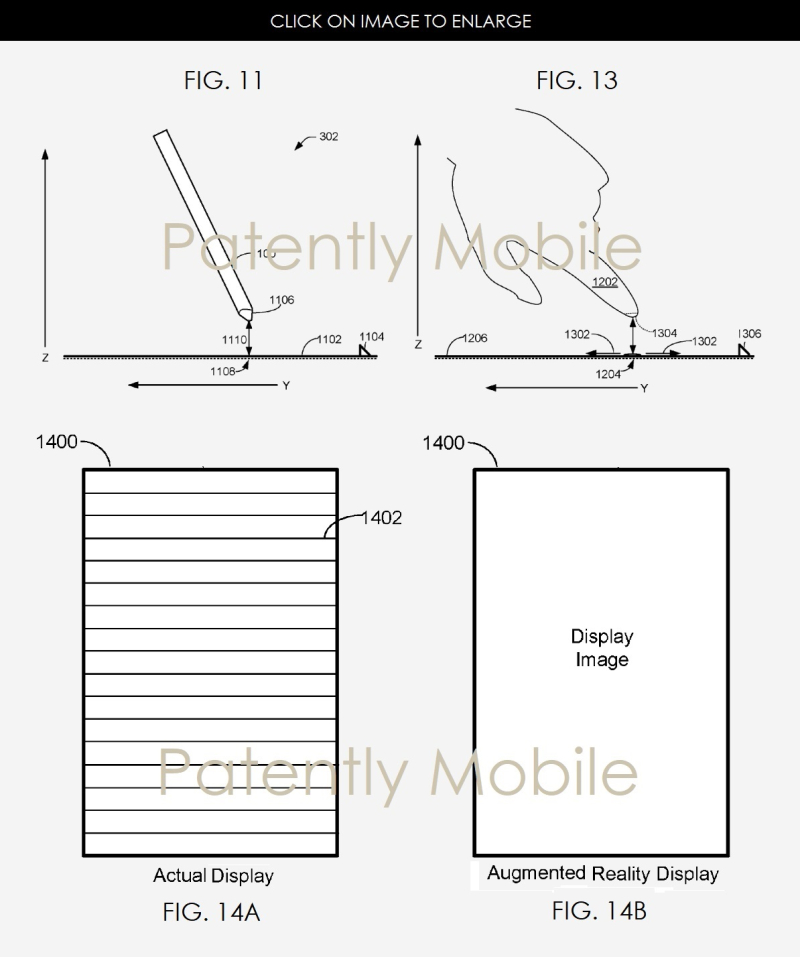 Microsoft's hover technology will extend to augmented reality / mixed reality systems like their HoloLens. Microsoft notes that a user with a headset with the display in clear mode could view another display like a Surface device and point their finger at the display to cause an action. That could be to scroll a page or click on a link in a report and the headset display will understand or interpret the appropriate hover command.

In another example, Microsoft notes that "Hover sensing may be useful for systems involved with a virtual reality (VR) or augmented reality (AR) headset. For example, a user of a VR headset may not be able to see their fingers above a display. Though a system may render an image on a virtual display in a virtual world, sensing a real hover object (e.g., an object that has not physically contacted a surface such as a touchscreen) may require additional processes. Such processes may involve sensing an object (e.g., a finger or stylus) while the object hovers above the surface, prior to an actual touch."

Microsoft's patent was filed in December 2015 and published by U.S. Patent Office earlier this month. Considering that this is a patent application, the timing of such a product to market is unknown at this time.

For interest sake, one of the inventors noted on the patent is a senior researcher at Microsoft whose work is focused on "applying vision techniques to enable new styles of human-computer interaction and Augmented Reality."