India: Apple is digging in for their Next Mass Market War 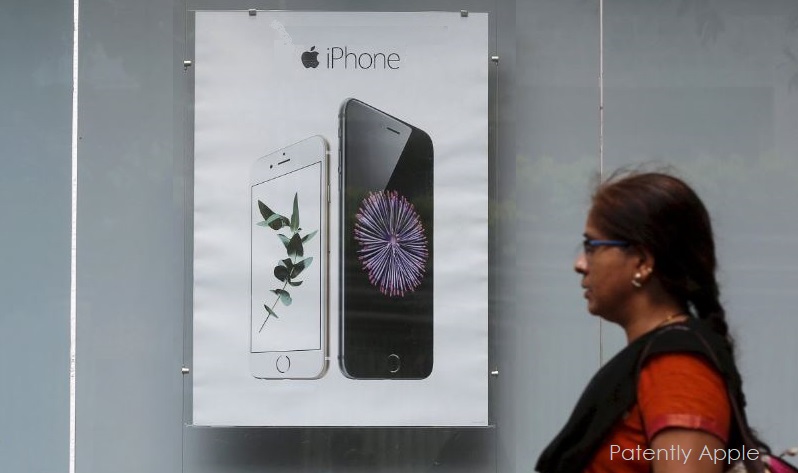 Apple is broadening its attack on India, perhaps the iPhone's last great growth market. The company's first ever Indian-made iPhones began hitting shelves here this month with hopes that reduced prices will boost sales in the sprawling country where Apple has just 3% market share.

It's clear Apple has to get their flagship stores firing on all cylinders as competitors like Xiaomi have 100 stores on their road map over the next two years. Their first store opened in May in Bengaluru where Apple's iPhone plant is set up. Xiaomi is riding on a wave of success in India being that they're the preferred brand in India right now according to Strategy Analytics.

The WSJ further notes in today's report that "India is already the world's second-largest mobile market after China but is expected to add more mobile subscribers -- 310 million -- than any other country in the four years through 2020, according to estimates from GSMA, a global association of mobile-service providers.

Apple needs a better foothold in India so all the growth doesn't go to Samsung and rising Chinese companies such as Xiaomi Corp. and Lenovo Group Ltd. Samsung currently has 24% market share in India's smartphone market and announced earlier this month it was going to double its capacity in India with a new, $760 million investment in its smartphone and refrigerator factory outside India's capital.

Chinese brands such as BBK Electronics Corp.'s Oppo and Vivo are also gaining ground, doubling their smartphone market share in the first quarter to 50% from a year earlier, according to Kantar Worldpanel."

Yet with all of this investment from Apple's competitors, "India has worked hard to persuade Apple to produce phones locally. The government has eased foreign-investment restrictions to become more open, with an eye toward fostering an ecosystem of phone-parts manufacturers to supply international electronics makers, bolstering Prime Minister Narendra Modi's Make in India initiative.

One government official talking about Apple expanding manufacturing in India stated that "The government is eager to have the world's most-valued company have its operations here. We hope something mutually-agreeable is worked out in the near future."

Apple's CEO told investors in October that there's "a lot of headroom in India in our mind, and so we are working very hard to realize that opportunity." Yet the price of their lowest iPhone model was just too expensive for India. This is a point that we hammered home back in April in a report titled "For Q1 2017, Apple Remains Stuck in Fourth Place in China's Smartphone Market."

The very same Chinese OEM's that have forced Apple down to fourth spot in China are now in India and so Apple had to respond to that pressure, contrary to Apple's SVP Worldwide Marketing Phil Schiller stating in an Indian publication that Apple doesn't make products cheaper for specific markets." Technically that's true, but the Indian market has forced Apple's hand, and in-part, manufacturing the iPhone SE in India has helped to reduce the price.

According to the WSJ report "The high prices on iPhones are the biggest reason Apple can't sell more in India. Analysts estimate more than 75% of the smartphones sold in the country sell for less than $250 and 95% sell for less than $500. Now the cost of the iPhone SE -- which was introduced last year at about $600 and now sells for around $325 -- could fall to a level more Indians can afford.

If prices for the model fall below $300, they could be attractive enough to appeal to consumers now spending a similar amount for higher-end Android phones, said Faisal Kawoosa, principal analyst at research firm CMR."

As Apple plunges into India, the WSJ report further notes that "they face a consumer-awareness problem, with nearly half the population unfamiliar with the brand, according to a Morgan Stanley survey.

To build awareness, the company has been considering opening flagship stores in New Delhi, the tech hub of Bangalore, and the financial center of Mumbai, according to a person familiar with the company's plans."

Apple has a plan for India and they're mapping it out for a win, contrary to the critics that think that Apple has simply missed the boat by entering this market far too late. Yet Apple has never pretended to make smartphones for every segment of the market. Critics should know that by now. Apple will not be aiming for the 75% of the market that will only spend $250 or less for a smartphone. That's a market for Xiaomi and Oppo.

Apple on the other hand is banking on the Indian ecomony growing rapidly over the next decade and thereby creating a true middle class that will want better cars, nicer homes and yes, the best brand of smartphones on the planet: the iPhone.

Apple's competition don't invest in India like Apple does with design centers or application accelerators. Apple also has a huge advantage in offering any country they're in the very best Retail Store environment on the planet. Their stores are always packed over the weekends and the buzz in the stores always high.

Now with their new 'Today at Apple' program in full bloom globally, it will draw more Apple fans into their stores to learn about all things Apple. And it's this experience and level of service that Oppo, Xiaomi and others just can't match. So once Apple's flagship stores begin to hit the market, the tide will begin to turn for Apple in India. Apple's salesmanship has no equal. It's why they own 82-90% of the smartphone industry profit.

So while Apple's critics will scream that the sky is falling for Apple in India, Apple fans know that that their favorite smartphone company will intelligently make the moves they need to make in order to conquer this new mass market.

While Apple will never be the top smartphone company in India and found to be the winner on IDC's top list, Apple will carve out the niche market that they've always aimed for, the middle class; Those who understand that the true value of a smartphone goes beyond just its mere display glass and buttons.