In April Patently Apple posted a patent report that revealed a new speaker device as noted in our cover graphic. Today the US Patent & Trademark Office published a patent application from Apple that relates to a wireless speaker as noted in patent FIG. 1 below. Yes, engineers start with messy ideas scribbled on a pad, iPad Pro or a café napkin. We'll be politically correct and say it was definitely done on an iPad Pro. The wireless speaker could be a Mac or iDevice Accessory. Going by April's patent filing, users will be able to use Siri to control the speaker and more. 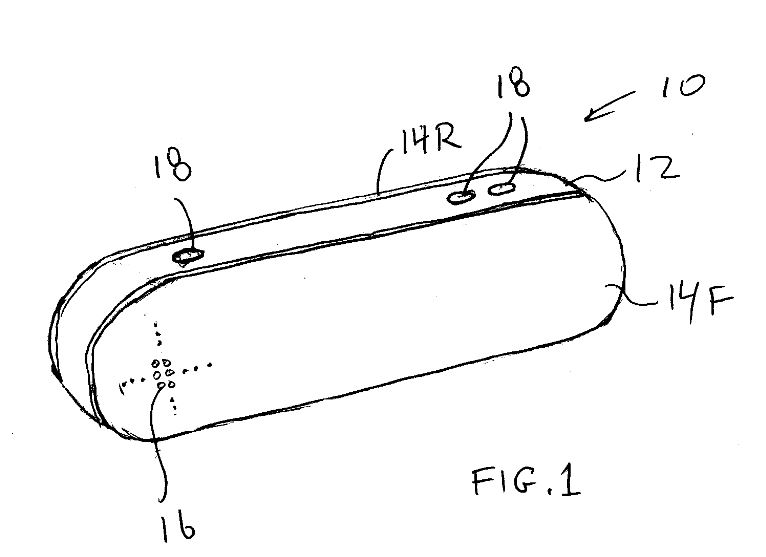 Apple notes that it could be challenging to form electronic device antenna structures with desired attributes. In some wireless devices, structures such as housing walls can interfere with antenna operation. Some antenna designs may not be sufficiently robust to withstand vibrations produced during device operation. Challenges with ensuring satisfactory antenna alignment, ease of manufacturing, and desired antenna performance can also impact the effectiveness of an antenna design.

The electronic device may include speakers mounted behind metal speaker grills. An antenna feed for the antenna may be formed on a side of the antenna that faces inwardly away from an adjacent speaker grill. 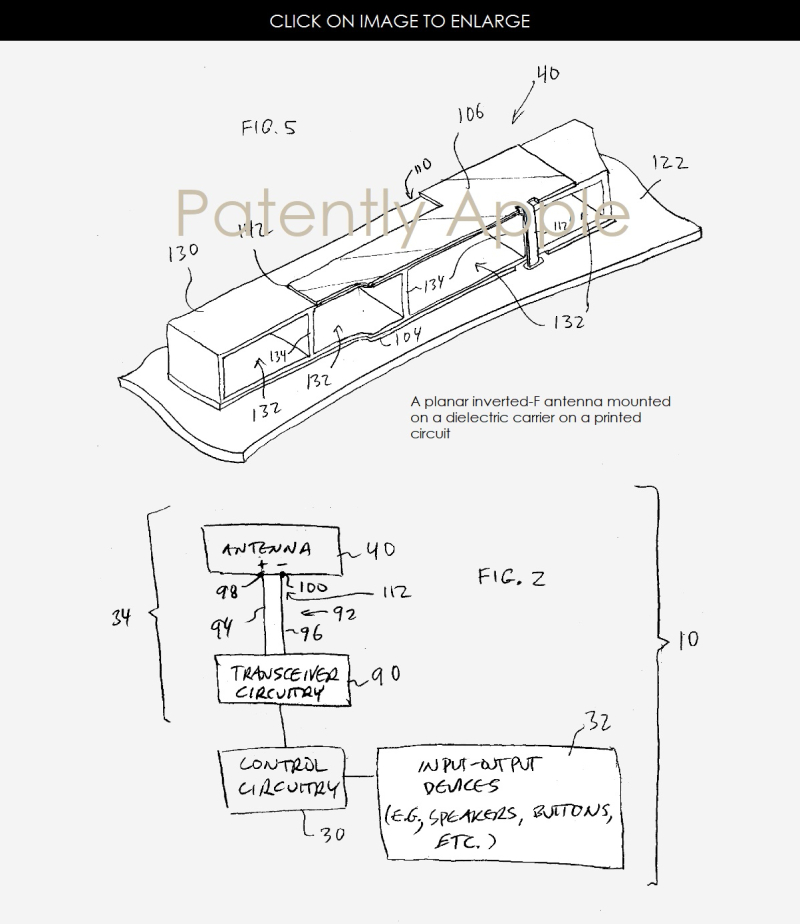 Apple's patent FIG. 2 is a schematic diagram of an illustrative electronic speaker device with wireless communications circuitry; FIG. 5 is a perspective view of an illustrative planar inverted-F antenna mounted on a dielectric carrier on a printed circuit.

Apple's patent application 20170170545 was filed back in Q4 2015. Considering that this is a patent application, the timing of such a product to market is unknown at this time.Today's invention is about a wireless speaker and therefore appears to be different than Apple's new HomePod which is wired.