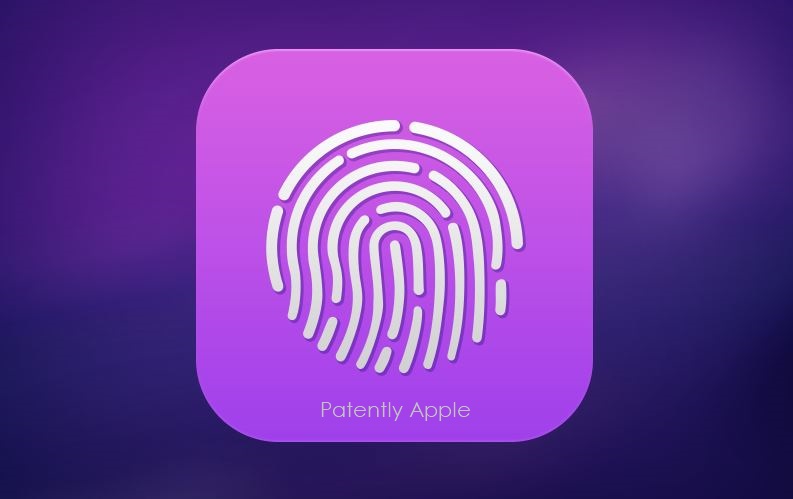 The U.S. Patent and Trademark Office officially published a series of 68 newly granted patents for Apple Inc. today. In this particular report we cover Apple's invention covering an alternative Touch ID mechanism designed for next-gen iDevices that will have larger displays by eliminating the traditional Home Button.

Apple's newly granted patent covers their invention relating to the field of electronics, and, more particularly, to the field of finger sensors. In this Apple patent we see illustrated for the first time a unique alternative Touch ID button location as an alternative to the classic Home Button. 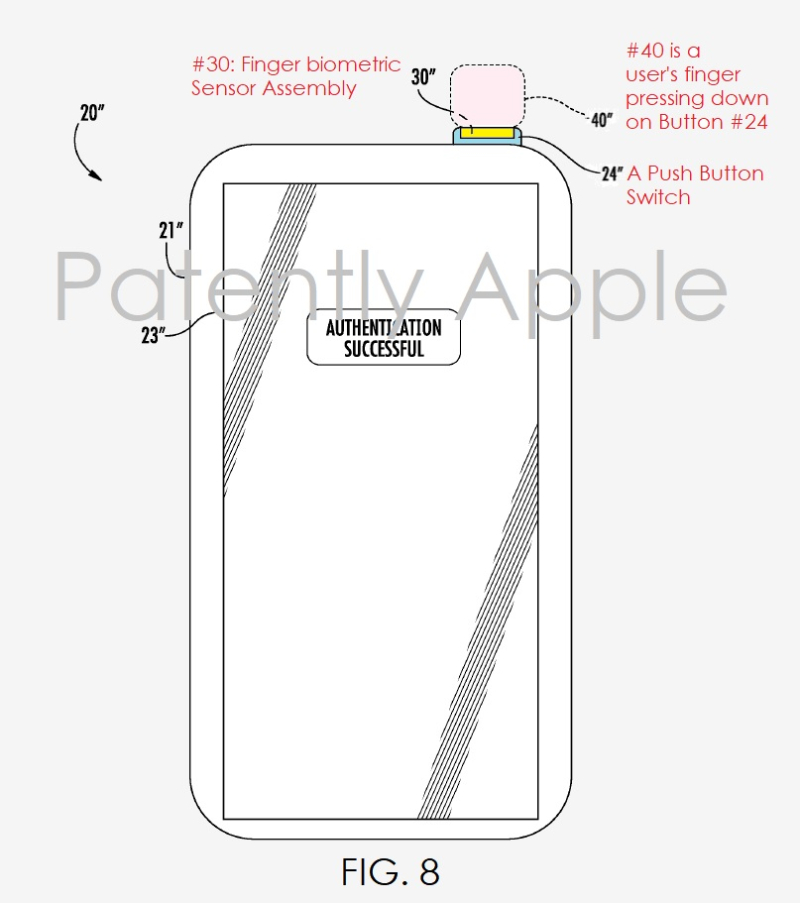 In Apple's patent FIG. 8 illustrated above we're able to see the finger biometric sensor assembly #30 is illustratively carried along a perimeter of the housing #21 of the electronic device #20''. In particular, the finger biometric sensor assembly may be carried by an input device #24', e.g., power button, along the relative thin edge of the housing. This may allow for the display #23 to be larger, for example.

Apple's granted patent was originally filed in Q2 2015 and published today by the US Patent and Trademark Office. The application number is noted as 14/741,831.

Apple has other Touch ID alternative designs related to having the sensors beneath an iDevice display here and here. It's unknown at this time which final design Apple will choose for their upcoming iPhone 8 or iPhone X.