Apple Supplier Imagination Technologies Puts Itself up for Sale

On April 03 news surfaced that Apple was ending their contract with Imagination Technologies in 2018 which sent their shares plunging. Then in May Patently Apple posted a report titled "Apple Supplier 'Imagination' begins a Dispute Resolution Procedure to Resolve Licensing Standoff." While their despute with Apple continues, they announced today that they've put the company up for sale. CNBC reported today that Imagination's shares soared over 20 percent initially after it said it had "received interest from a number of parties for a potential acquisition" over the last few weeks. As of 6 a.m. EST the stock was up 17.41% as noted below. 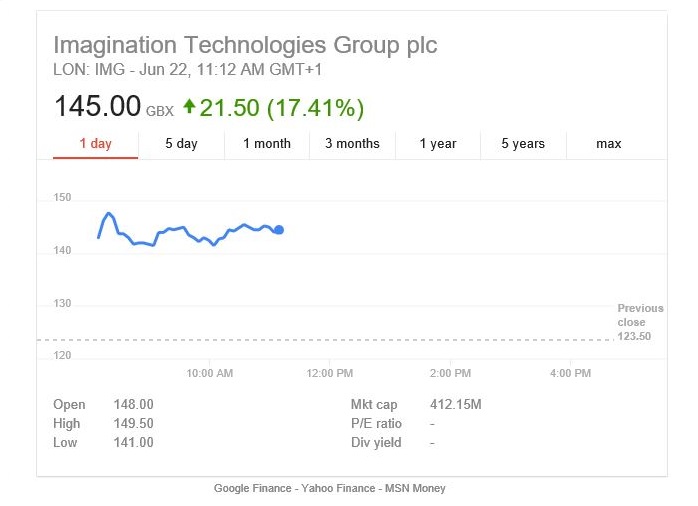