The U.S. Patent and Trademark Office officially published a series of 52 newly granted patents for Apple Inc. today. One of the more interesting patents issued to Apple today covers a future 3D display (9,690,110). You could check out all of the details of that invention in our original report posted back in July 2016. Apple acquired this patent from an inventor who worked at Holoplex, a pioneer in virtual reality headsets and experiences. The 3D display may therefore relate to a future Apple headset.

Another patent of interest granted to Apple today is titled "Input device having and extendable nib" (9,690,394) which relates to a possible future Apple Pencil feature or alternative design for artists looking for a brush experience. You could check out all of the key details in our original report on Apple's patent application here. 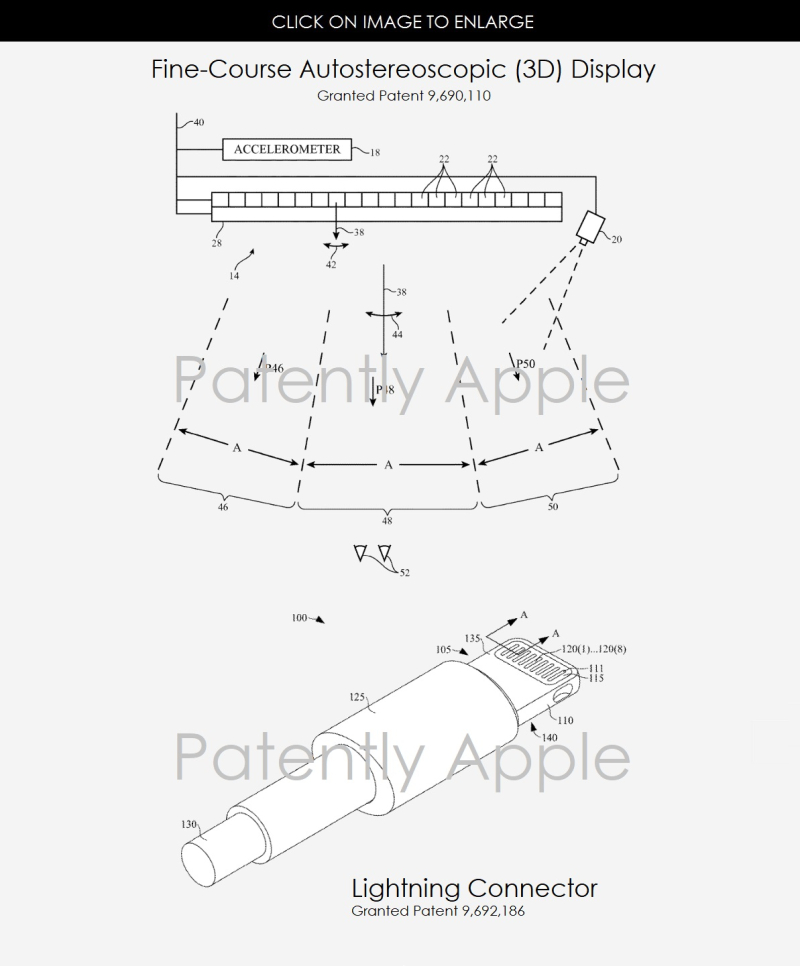 Also of interest today is Apple winning a patent for their original lightning connector noted in the graphic above that Apple first introduced back in 2012. You could check out all of the details for patent 9,692,186 titled "High-Speed Electrical Connector" here.

And lastly, Apple was granted a patent for being able to operate a future iDevice with gloves or a bandage on and even users have tough callouses, claims Apple. For more graphics and minor details check out our original 2015 report here or check out granted patent 9,690,417. 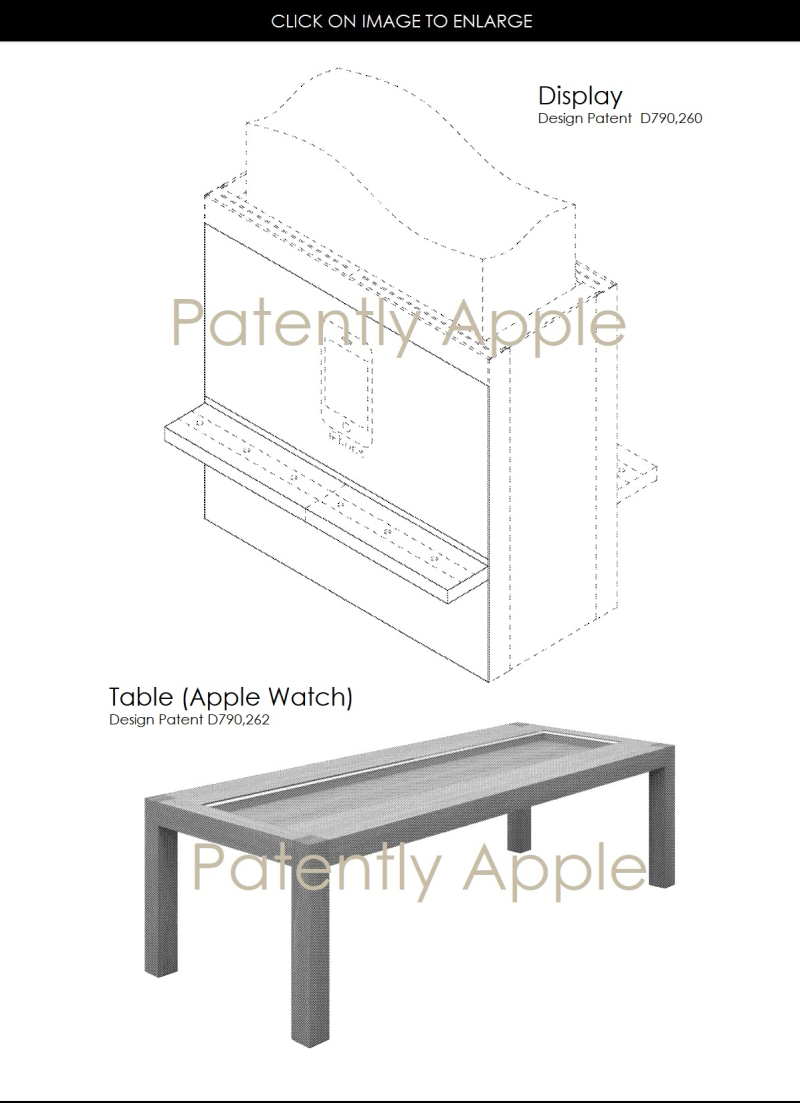 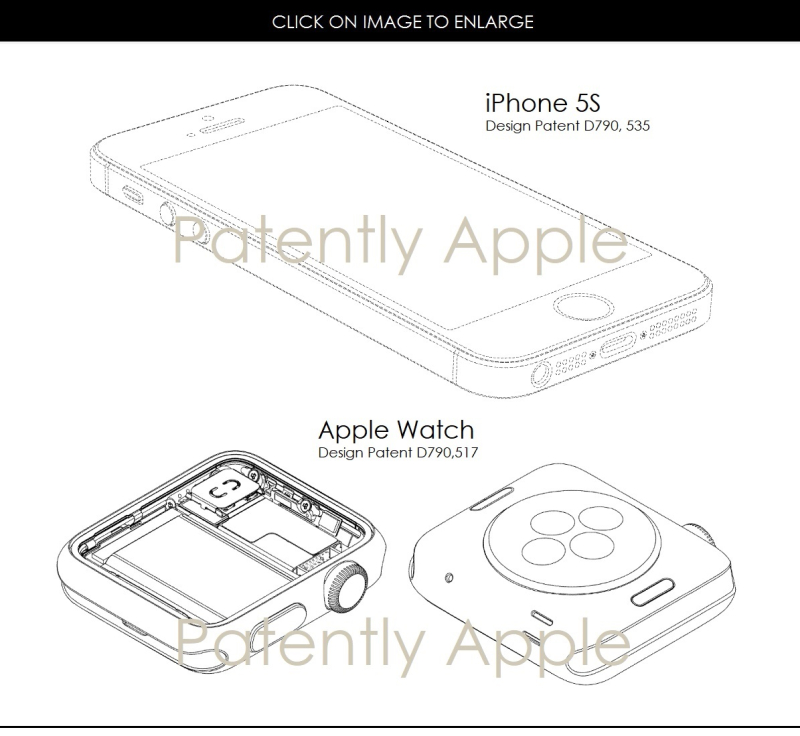 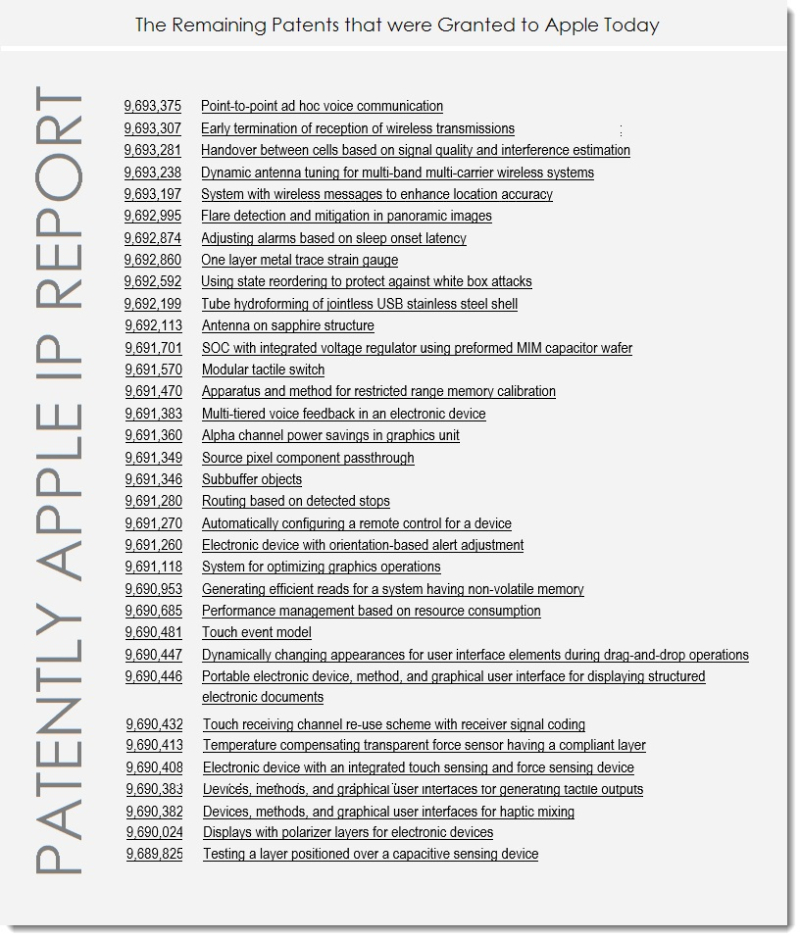