Apple filed for their new 'HomePod' speaker trademark in Canada the very day that it was announced on June fifth. As usual Apple filed HomePod under the stylized version and another in block letters or caps (#1840940). Apple's filing was made under International Class 09. Apple's filing of course covers such things as audio speakers; audio amplifiers and receivers; music digital audio players and recorders; sound recording and reproducing apparatus," but it also covers "controlling and monitoring consumer electronics devices, lighting, appliances, thermostats, heating and air conditioning systems, alarm and home security and surveillance systems, smoke and carbon monoxide detectors," and more.

While this is the first 'Public' filing that we've seen, the fact is that Apple originally and secretively filed it in Liechtenstein earlier in May. Liechtenstein is a tiny little country that sits between Austria and Switzerland. I say little because it only has a population of 37,000 according to Wikipedia. That's a spec in the universe. I guess unless the officials over at their patent office actually know you by name as a citizen, you're never going to get access to Apple's many secrets locked in their vaults (ha!). 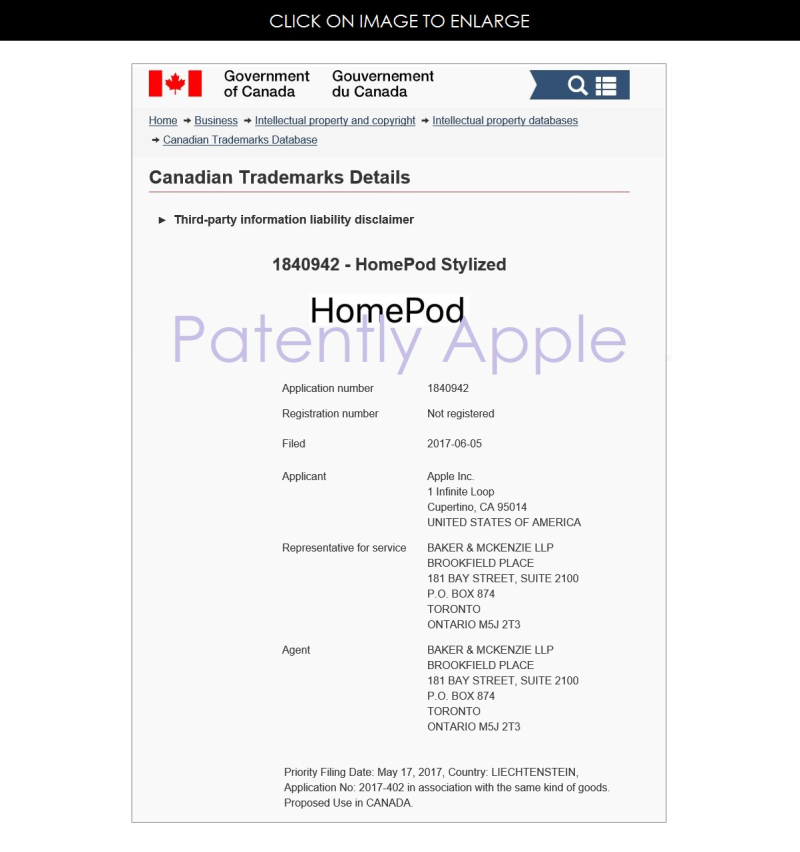 Apple filed HomePod under International Class 09 in Canada as noted in full below: