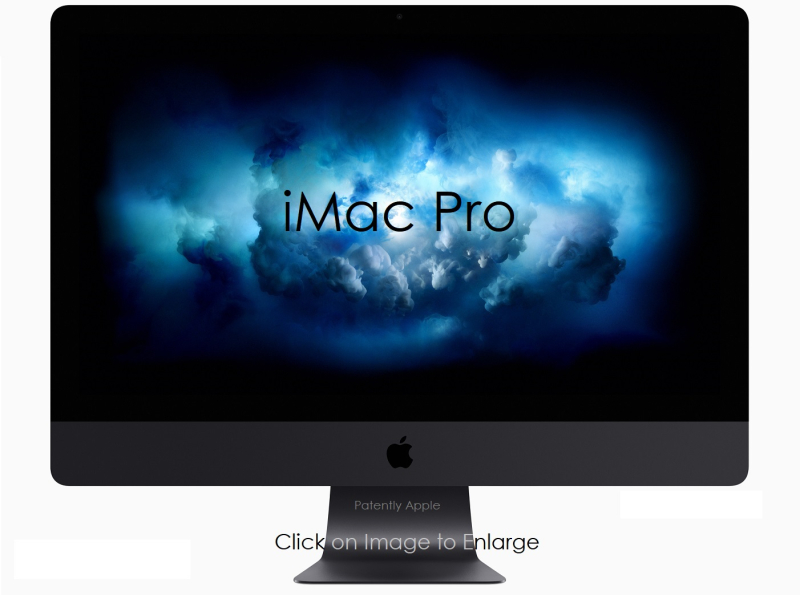 Yesterday Apple filed for their new iMac Pro' trademark in Europe in two formats; one being a 'stylized' version and the other shown to be presented in all caps. Apple's iMac Pro was first revealed during their WWDC 2017 keynote on June 5. It should be shipping later this year. 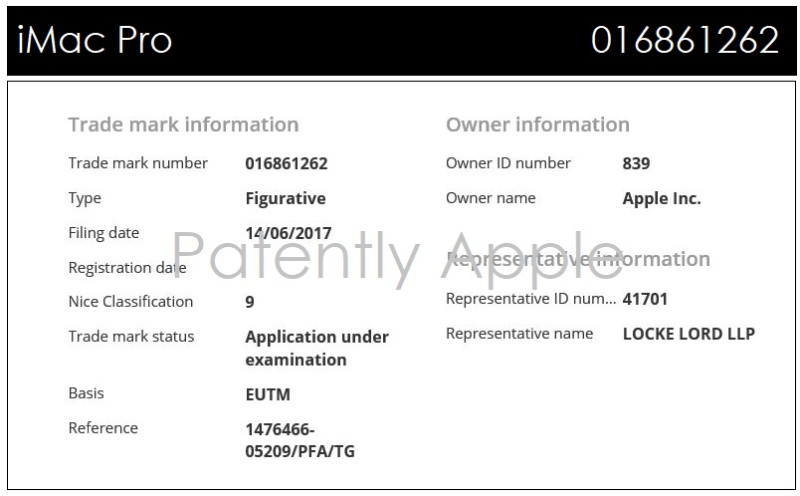 Apple also filed for a secondary trademark that has all the letters in caps ' IMAC PRO' as an alternative trademark identification under number 016861321.

Apple filed their trademark under the sole international class 9 as noted in full below. While some of what is listed is considered 'boiler plate' for this classification, Apple does indeed customize it for attributes they need to protect the iMac Pro trademark. For instance, Apple has begun under a year ago to begin entering "smartglasses, goggles, headsets, 3D spectacles and eyeglasses." These are possible new accessories or devices that will be able to communicate or work with the iMac Pro. In addition to anything Apple may bring to the table in the form of a headset accessory in the future, we already know that Apple's iMac Pro will power up HTC's VIVE VR Headset.

Other ones of interest include smart rings, biometric identification and authentication (Touch ID) which could be associated with a future iMac Pro Touch Bar on a keyboard or a Magic Trackpad. 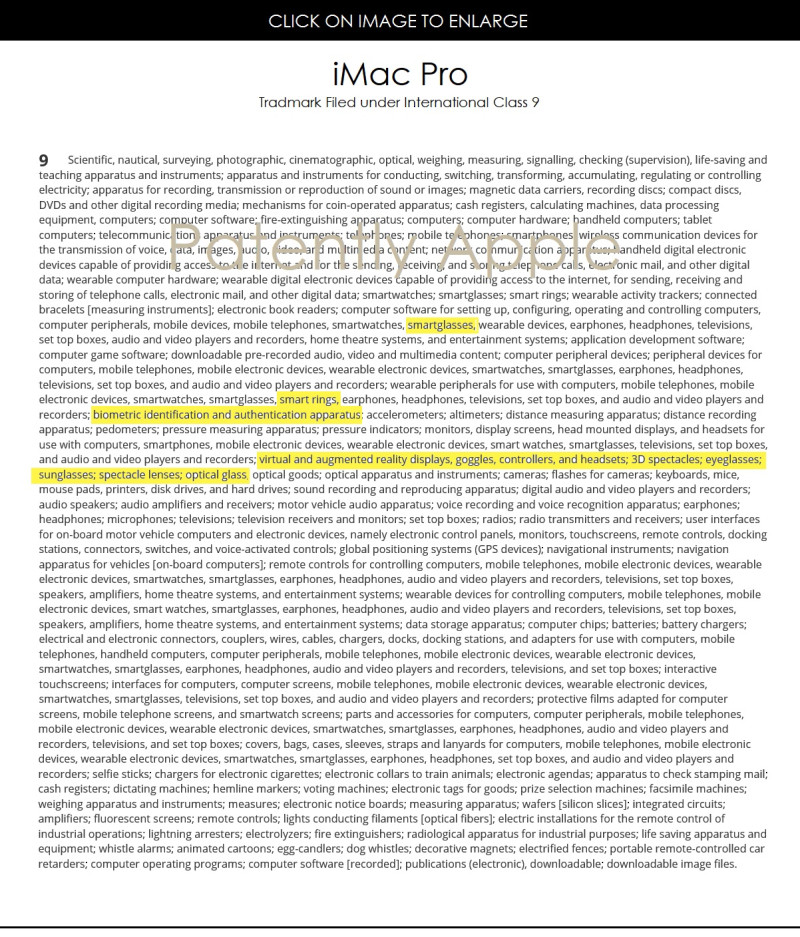