Apple Files for 'MusicKit' and 'HomePod' Trademarks in the U.S.

On June 15 Patently Apple posted trademark reports covering 'HomePod' filed in Canada and 'iMac Pro' filed in Europe. Today Patently Apple has discovered U.S. trademark filings for HomePod and MusicKit. MusicKit was introduced at Apple's WWDC 2017 in session 502 not made public during the keynote.

In the video of session 502 for MusicKit developers got introduced to the new API for the Apple Music subscription service. Here, Apple engineers showed developers how to add Apple Music playback to their your own app, and discover how to search the catalogue, manage playback queues, and engage with playlists and recommendations. 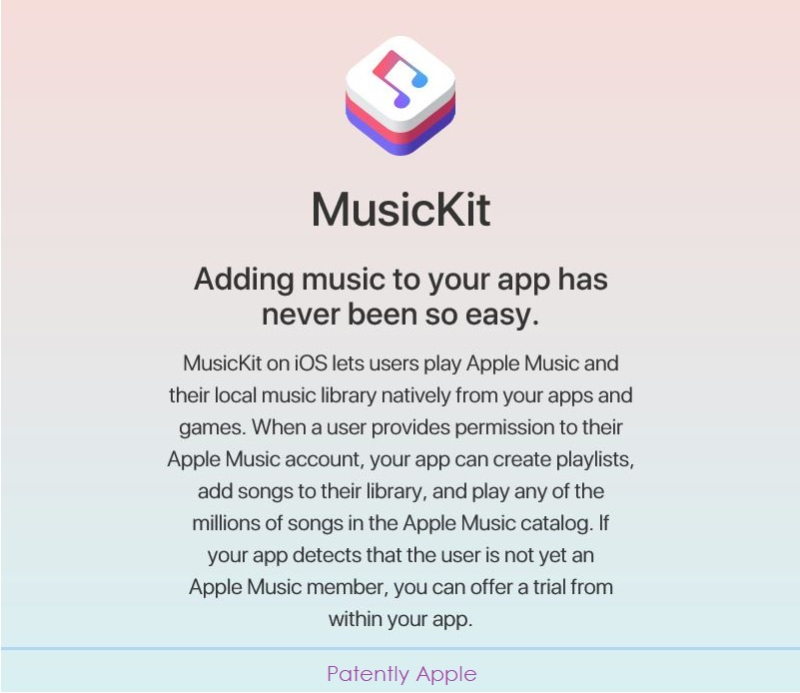 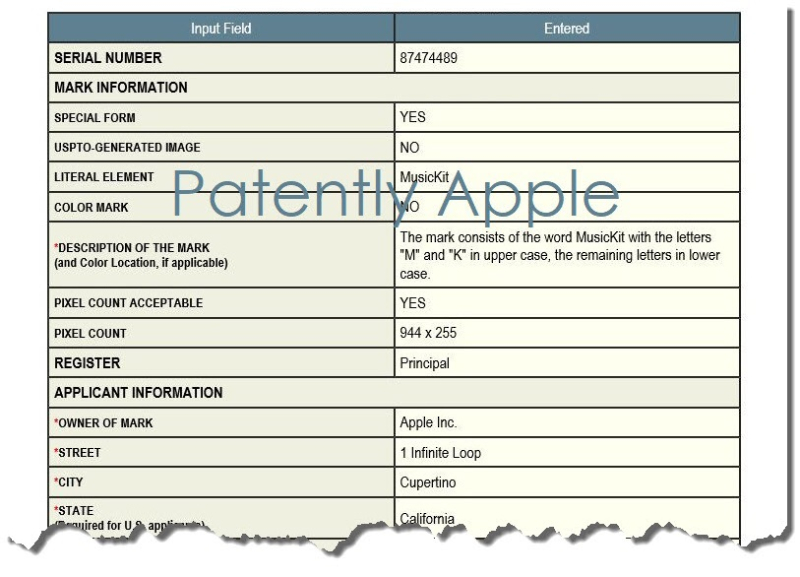 Apple's trademark filing '480 is for the stylized version 'MusicKit' while application '486' covered the block style of the trademark 'MUISICKIT.'

Apple also filed for the trademark 'HomePod' in the U.S. under applicatioins 87486450 and 87486392 covering a stylzed version and a block style. They were filed under International Class 09 covering the same as the Canadian filing as noted below in full.