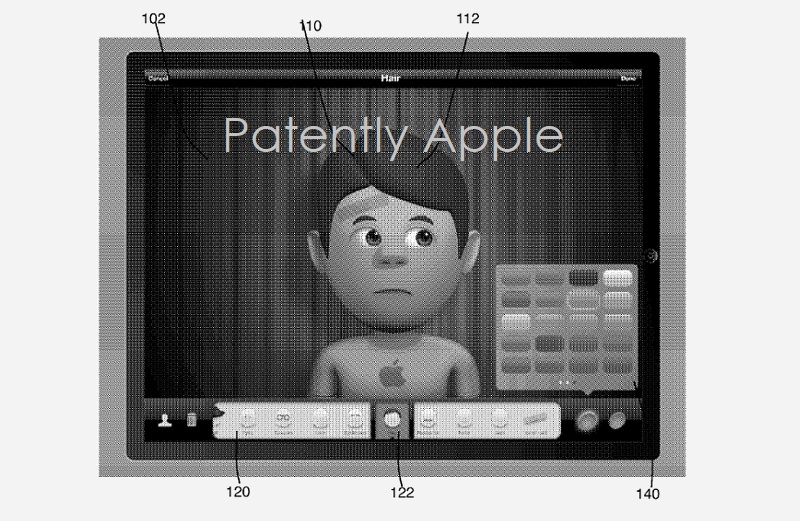 Apple's advanced avatar creation app first came to light in a patent report back in 2012. The patent covered such topics as 3D creation, advanced editing, playback on holographic displays, head mounted display systems and more. Gamers are used to being able to choose the character that they want to play and change characteristics such hair styles, clothing and more. You could check out various details in our previous reports here and here. Apple was also granted a patent for this future app back in February.

Avatars are not just about cartoon-like characters anymore. Apple acquired a company called Faceshift that uses a power 3D camera that could scan your face movements in realtime and create quite the elaborate characters as noted in the video below.

In 2015 Faceshift’s Brian Amberg (CTO) and Nico Scapel (Creative Director) talked about face tracking to bring virtual characters to life, using the Intel RealSense depth camera. Faceshift’s expertise is built with the big Hollywood studios, but this new motion capture solution makes it affordable for smaller studios, as well as accessible for consumers. According to 3D animator Adrian Firth, this now means that “The only real limitation is what our imagination can think off." Apple will eventually replace Intel's RealSense depth camera with one invented by their Israeli team acquired from PrimeSense on future Apple Macs and other devices over time.

Today the US Patent & Trademark Office published a continuation patent application from Apple where they continue to add new patent claims, new aspects of the invention that they want to protect.

One of the new key claims relates to the positioning of the user's eyes. Apple notes in patent claim #27: "establishing an eye position of a user; and defining a line passing through the established eye position and through the identified position on the display." This could be better understood by seeing in the light of face tracking in realtime like the Faceshift video.

In respect to the kinds of displays that the avatars could appear on has widened from the original application. The list now includes:

"The display may include any suitable type of display or interface for presenting visual content to a user. In some embodiments, the display may include a display embedded in a device or coupled to a device (e.g., a removable display). The display may include, for example, a liquid crystal display ("LCD"), a light emitting diode ("LED") display, an organic light-emitting diode ("OLED") display, a surface-conduction electron-emitter display ("SED"), a carbon nanotube display, a nanocrystal display, any other suitable type of display, or combination thereof. Alternatively, the display can include a movable display or a projecting system for providing a display of content on a surface remote from the electronic device, such as, for example, a video projector, a head-up display, or a three-dimensional (e.g., holographic) display.

Apple's patent application titled "Systems, methods, and computer-readable media for placing an asses on a three-dimensional model" was filed back in December 2016. You could review the newly added patent claims in full here. Considering that this is a patent application, the timing of such a product to market is unknown at this time.