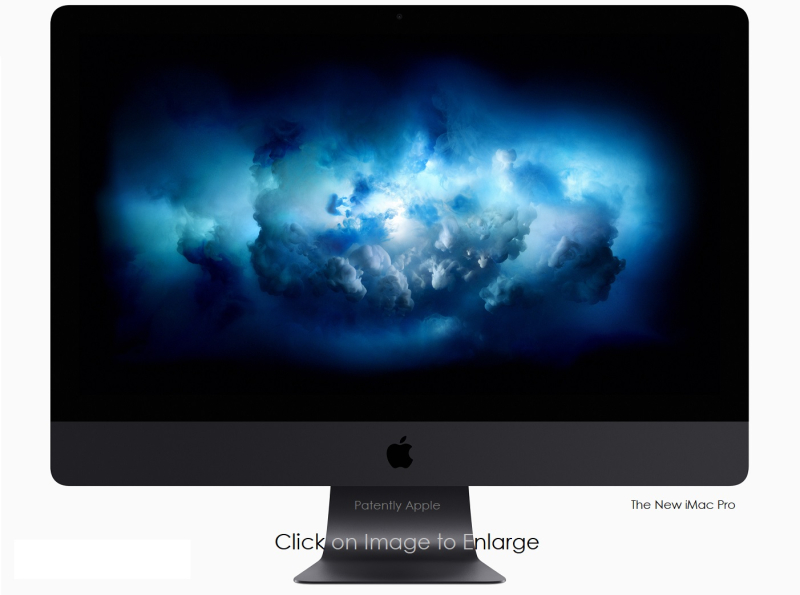 In April Apple's SVP Worldwide Marketing Phil Schiller talked about the company reinventing the Mac Pro from being a tower computer to one that will be in a new modular form factor. In the interim, Schiller noted that there would be new iMacs this year for pros and yesterday Apple revealed their beastly iMac Pro that will launch in December (for some markets).

The iMac Pro is an entirely new workstation-class product line designed for pro users with the most demanding workflows. The all-new iMac Pro, with its gorgeous 27-inch Retina 5K display, up to 18-core Xeon processors and up to 22 Teraflops of graphics computation, is the most powerful Mac ever made. Featuring a stunning new space gray enclosure, iMac Pro packs incredible performance for advanced graphics editing, virtual reality content creation and real-time 3D rendering. iMac Pro is scheduled to ship in December starting at $4,999 (US). In addition to the new iMac Pro, Apple is working on a completely redesigned, next-generation Mac Pro architected for pro customers who need the highest-end, high-throughput system in a modular design, as well as a new high-end pro display.

John Ternus, Apple's vice president of Hardware Engineering: "We're thrilled to give developers and customers a sneak peek at iMac Pro. This will be our fastest and most powerful Mac ever, which brings workstation-class computing to iMac for the first time. We reengineered the whole system and designed an entirely new thermal architecture to pack extraordinary performance into the elegant, quiet iMac enclosure our customers love — iMac Pro is a huge step forward and there's never been anything like it." 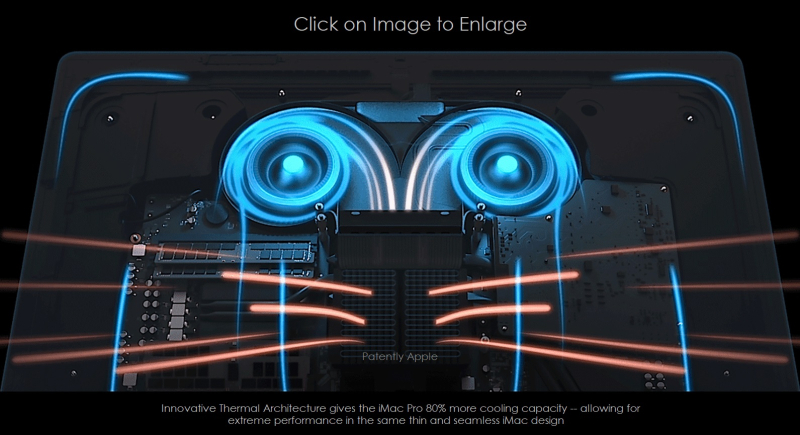 Featuring next-generation Intel Xeon processors up to 18 cores, iMac Pro is designed to handle the most demanding pro workflows. With an all-flash architecture and all-new thermal design, iMac Pro delivers up to 80 percent more cooling capacity in the same thin and seamless iMac design. And with a new space gray enclosure and gorgeous 27-inch Retina 5K display with support for 1 billion colors, iMac Pro is as stunning as it is powerful.

The Most Advanced Graphics Ever in a Mac 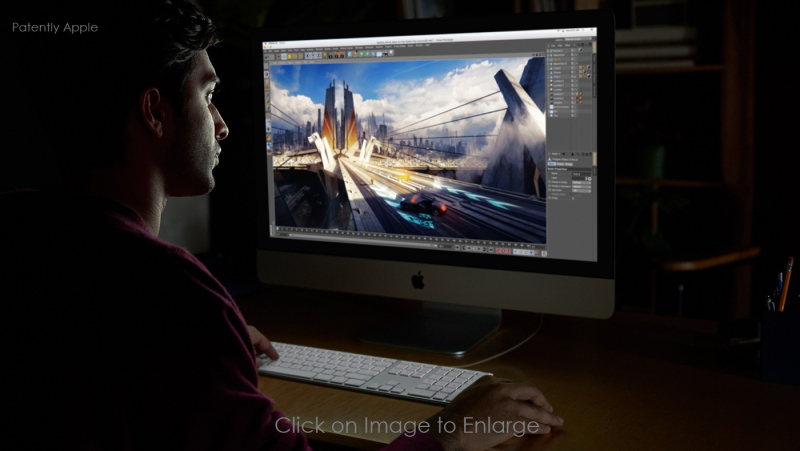 The iMac Pro will come with the new Radeon Pro Vega GPU, the most advanced graphics ever in a Mac. Featuring a new next-generation compute core and up to 16GB of on-package high-bandwidth memory (HBM2), iMac Pro with the Vega GPU delivers up to an amazing 11 Teraflops of single-precision compute power for real-time 3D rendering and immersive, high frame rate VR. And for half-precision computation, ideal for machine learning, iMac Pro delivers up to an incredible 22 Teraflops of performance.

iMac Pro also supports up to 4TB of SSD and up to 128GB of ECC memory, and with four Thunderbolt 3 ports can connect to up to two high-performance RAID arrays and two 5K displays at the same time. For the first time ever on a Mac, iMac Pro features 10Gb Ethernet for up to 10 times faster networking.

Apple introduced upgraded MacBook Pros and iMacs yesterday that provide quite the leap in performance and brighter displays. The new iMacs now have the power to edit 360° video in apps like Final Cut Pro and create cutting-edge 3D VR content. 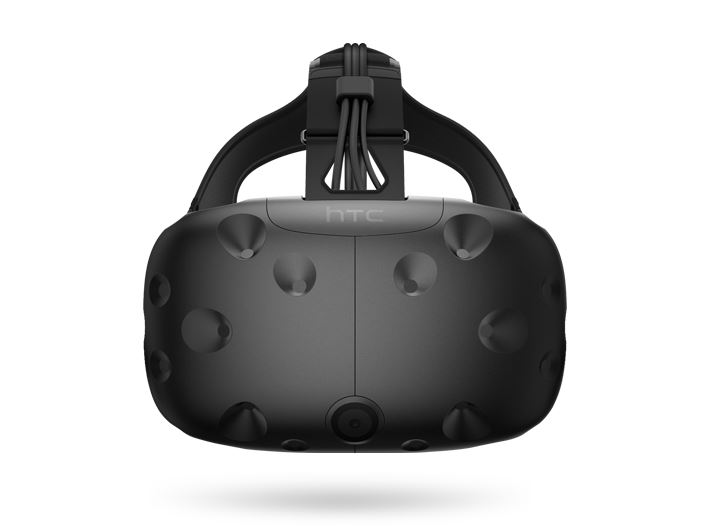 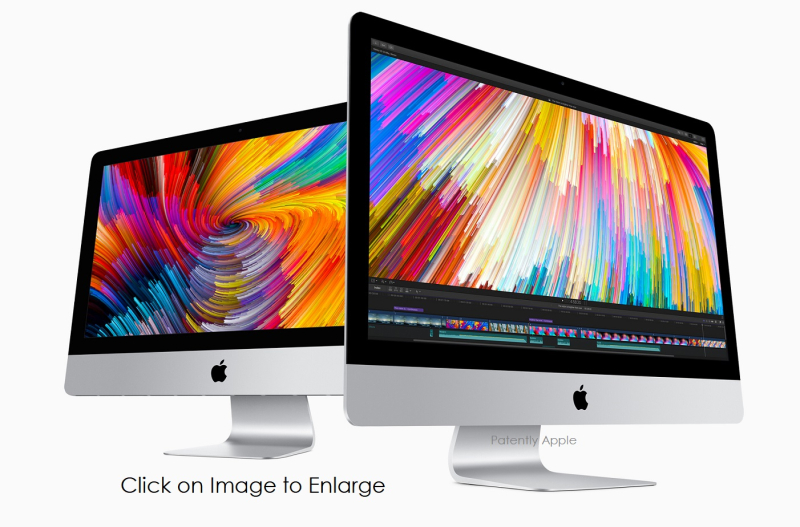 Apple's new iMacs focus on the Intel i5 Core processor and they look like they'll pack quite the punch. For some reason Apple chose to skip Intel's i7 processor that are now shipping with Dell all-in-ones and towers. This fall Intel systems with i9 Core with 10 to 18 cores will ship for Windows PCs as will AMD Threadripper systems with up to 16 cores. The one thing about the VR revolution is that it's pushed PC OEMs to push their hardware to crazy faster system. So all will benefit from these powerful new 2017 PCs.

To round off Apple's Hardware was the debut of the new 10.5" iPad Pro. The new iPad Pro that's available in the U.S. today offers a new customizable dock for your apps that blurs the line with this common 0macOS feature. You're now able to drag a new app from the dock to the display and create a split screen with another app.

It also provides improved multitasking, a new 'Files' app, multi-touch drag and drop which really looks great, a new document scanner in Notes and deeper integration with Apple Pencil with support with inline drawing to write along in Notes, Mail and more.

While a standard LCD display offers 60Hz refresh rate, the new iPad Pro offers 120Hz. According to Apple, the increased refresh rate makes Apple Pencil feel more natural and responsive. The CPU is now 30% faster while its graphics is 40% faster You could check out more about the new iPad Pro here.

And in case you blinked, Apple's introduced a new "iPad Sleeve" for the new iPad Pro that's completely different than the iPad Cover. The sleeve offers new 10.5" iPad users a way to store their Apple Pen. There's also an Apple Pen case as well. 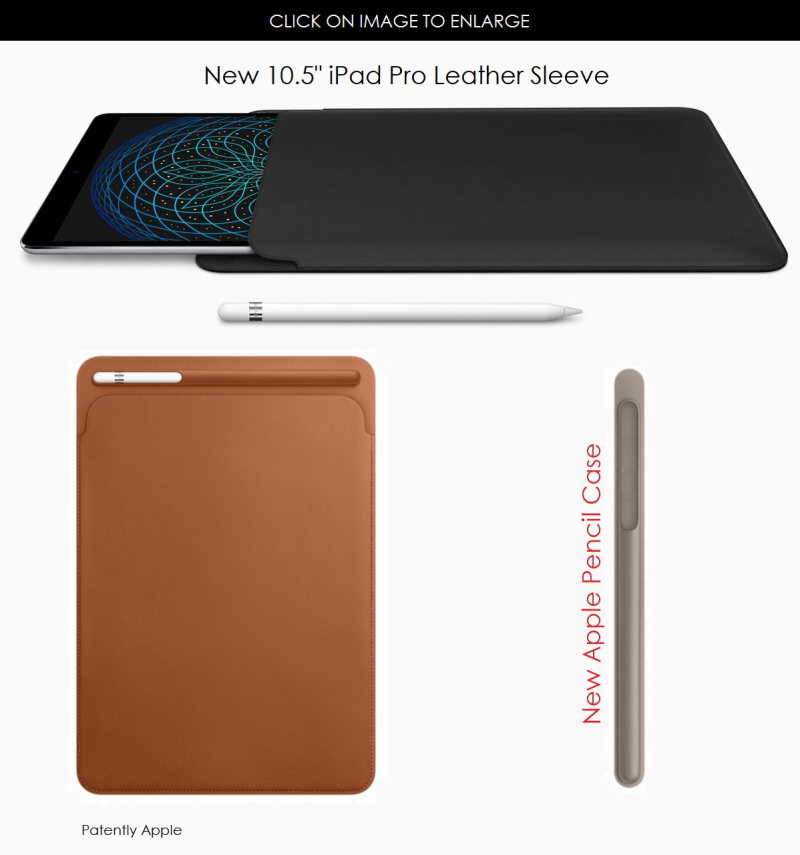 While the advances in the iPad Pro are significant, you could tell that Apple is keeping their dual lens camera with its popular Portrait mode feature for their 12.9" iPad Pro update that will likely be introduced this fall.

All in all Macites had to be pleased with Apple's move to make the pro community happy. The leap in performance at all levels makes it a greate time to upgrade.