Today the U.S. Patent & Trademark Office published a patent application from Samsung that reveals a new kind of cylindrical mobile device that is designed to take advantage of flexible displays that are coming to market in the not-too-distant future. The device could take on different functions and Samsung doesn't want the device to be labelled something with a narrow definition. It could be a smartphone or a mobile TV or a gaming device or a peripheral.

The new device could also introduce a few new ideas such as integrating a 360 degree camera that could be used in sync with their Gear VR peripheral and use a projection system to present users with a virtual keyboard as noted in our cover graphic.

Samsung's patent FIG. 7B noted below is an exemplary view of an electronic device including an infrared ray output. 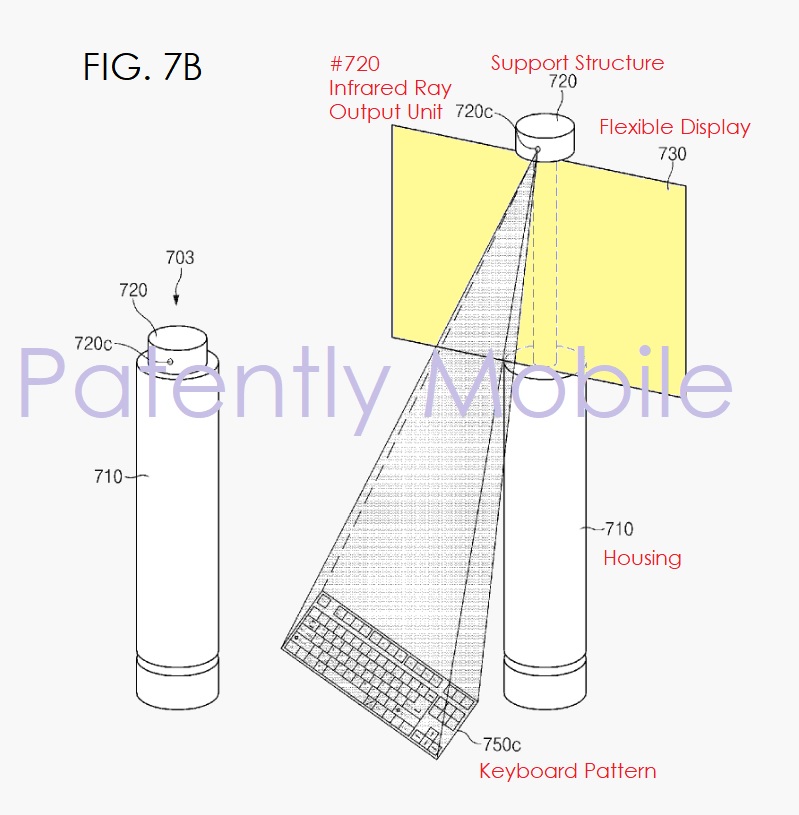 If you're interested in learning what Samsung is dreaming up, then check out the rest of this report on Patently Mobile, here.

For the record, back in 2015 Lenovo had a concept smartphone using a projector for a virtual keyboard that was likely too ahead of its time. Another similar concept could be viewed here. Samsung's concept is well ahead of either of these two.