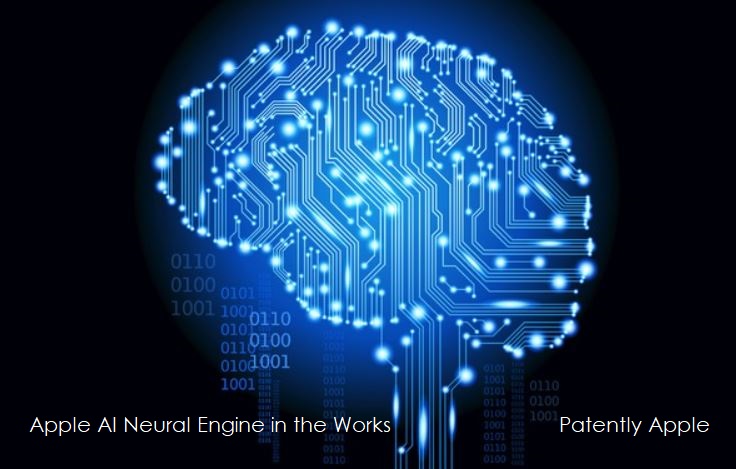 Even though Apple was the first major tech company to adopt a digital assistant for use in their smartphone natively, progress on this front seemed to be at a snails pace. Then out of nowhere Amazon shocked the market with a smarter digital assistant on a home device called Echo. Google Home rapidly followed and their latest upgrade will offer free phone calls within the U.S. and Canada and deeper connectivity to Android. Now Microsoft, Harman Kardon and many tech companies are jumping on the bandwagon with new smart home digital assistant based devices aimed to land on the market this fall.

Even Samsung has technically jumped into the market with Bixby in the last month on their Galaxy S8 that they promise will be integrated into future devices and appliances as part of their IoT roadmap. In fact a new design patent that surfaced on May 16 shows us that they have an advanced Echo-like device with a full flexible display on the drawing board that could run Android as their patent figures suggest below. 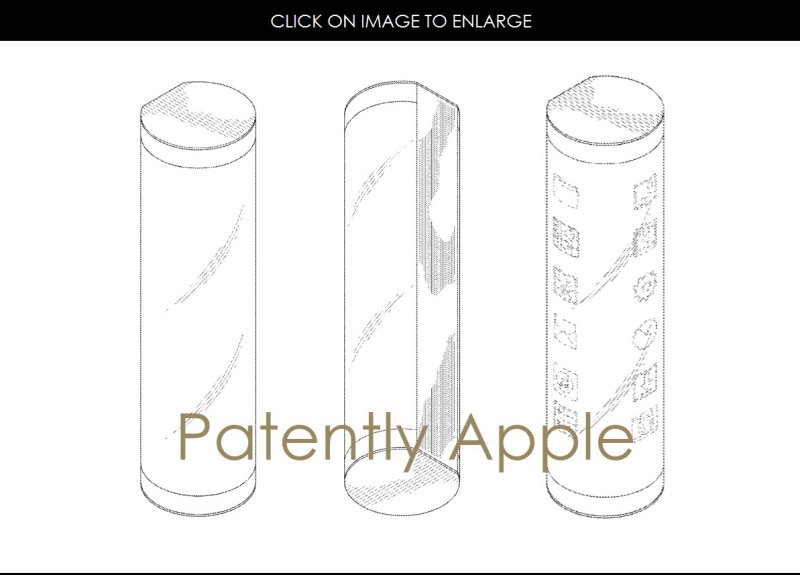 We noted in a report back on May 11 that the AI Wars were almost reaching Fever Pitch levels. Almost ever week if not every day there's an AI story surfacing. On May 14 Apple aquired their third major AI company in three years. On the same day we posted a patent report titled "Apple has designed a new Siri Architecture allowing Two Digital Assistants to Communicate with Each Other." Last month we posted a patent report tiled "Apple Patent Reveals a Visual System to Assist Siri in Future Devices to understand Gestures, Activities, & More" 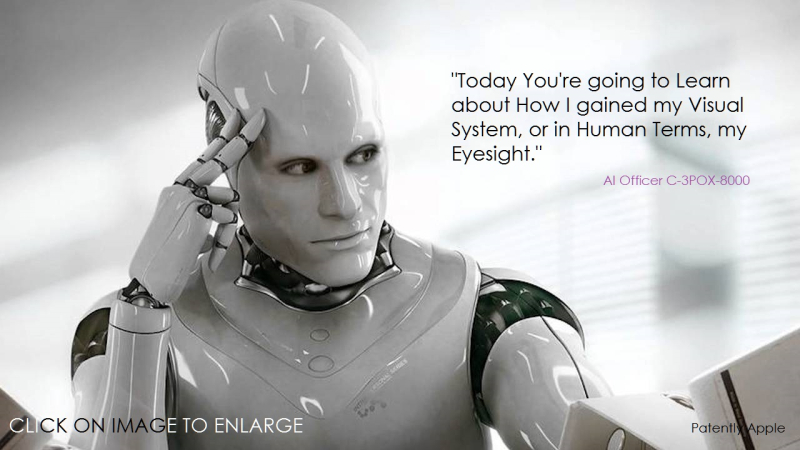 At the top of this month we posted a report titled "Inventec Lands First Order for Apple's Echo-Like Home Device with Siri." Although it's a supply chain rumor, Apple fans hope that this could be a big moment at Apple's WWDC in June. Some believe it will launch this fall. Yet what matters is that Apple brings a new Siri based device into the home to support their Smart Home project and to keep the competition at bay.

Google is crafting the argument that they are the one's to beat in AI without question. Patently Apple covered Google's vision in two reports titled "The Vision of Artificial Intelligence According to the Gospel of Google" and "The Google Manifesto: The Arrival of the AI Revolution."

Apple supplier TSMC sees some of the sand beginning to shift into new directions. Co-CEO Mark Liu.Mobile let if be known last month that while smartphones will still drive the market for them in the short term, that new and innovative features for smartphones and other mobile devices including virtual reality (VR), augmented reality (AR), context-aware computation, and artificial intelligence (AI) and deep machine learning require support of more powerful computing technology." Translation: new chips are on their roadmap to power new technologies and features like VR/AR and AI. 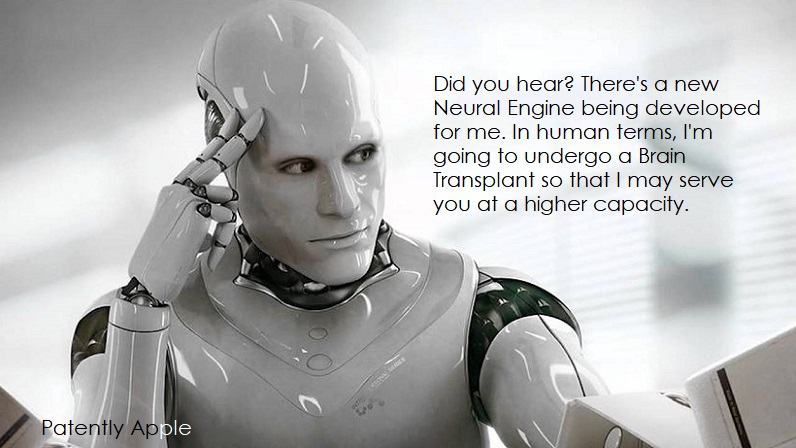 The hint of new advanced chips coming to market gave way this afternoon to a new report by Bloomberg claiming that "Apple is working on a processor devoted specifically to AI-related tasks, according to a person familiar with the matter. The chip, known internally as the Apple Neural Engine, would improve the way the company's devices handle tasks that would otherwise require human intelligence -- such as facial recognition and speech recognition." So now the chip will have a name.

The timing of this latest leak about the Apple Neural Engine may have been timed perfectly to start cranking up their developers and fans for the WWDC keynote on June fifth.

The news of advances to Siri in the works have been mounting so fiercely in the last few months that it's now time for Team Apple to knock one out of the park and set their developers on fire for the next phase of Apple AI.

On the flip-side, it's always best to not get over-hyped about anything Apple until it actually unfolds. We know positive things are in the works and they'll roll out whenever Apple is ready to unleash them. But I have to admit, I'm definitely pumped-up for next month's event – are you?