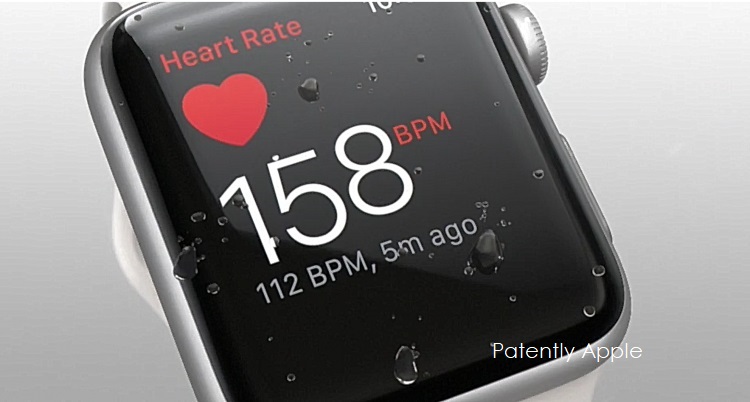 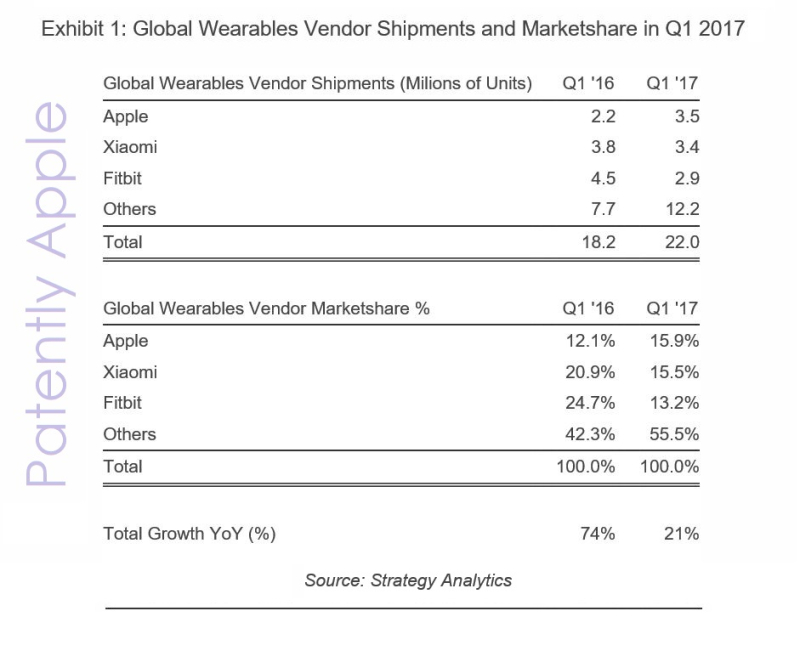 Cliff Raskind, Director at Strategy Analytics, said, "Fitbit shipped 2.9 million wearables worldwide in Q1 2017, falling a huge 36 percent annually from 4.5 million in Q1 2016. Fitbit has lost its wearables leadership to Apple, due to slowing demand for its fitness bands and a late entry to the emerging smartwatch market. Fitbit's shipments, revenue, pricing and profit are all shrinking at the moment and the company has a major fight on its hands to recover this year."

According to a report by ABI Research last month "The enterprise smartwatch market is set to see a large amount of growth, reaching nearly 14 million shipments in 2022, up from just over 2 million in 2017." This is definitely a market Apple will be pursuing.