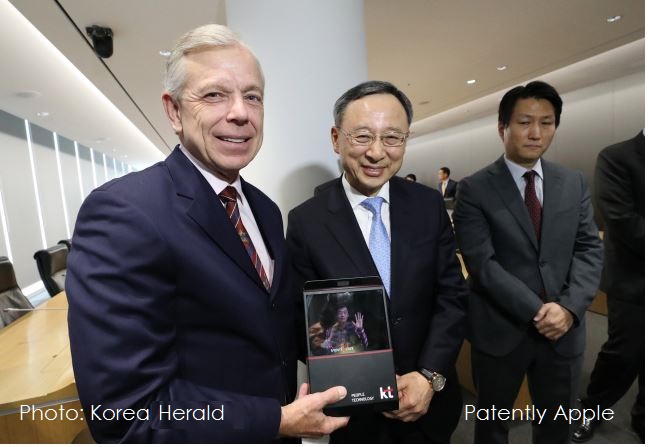 In the demonstration, a KT employee held a meeting with a Verizon employee in New Jersey who appeared as a hologram image on a monitor in the KT headquarters building.

It was the world's first successful end-to-end 5G network interworking, according to the two firms. Both 5G trial networks were deployed over a 28 GHz spectrum.

KT is developing the hologram live call as its flagship 5G-based immersive media services along with Sync View, 360-degree Live VR and Omni-View services that are being studied by the International Telecommunication Union. 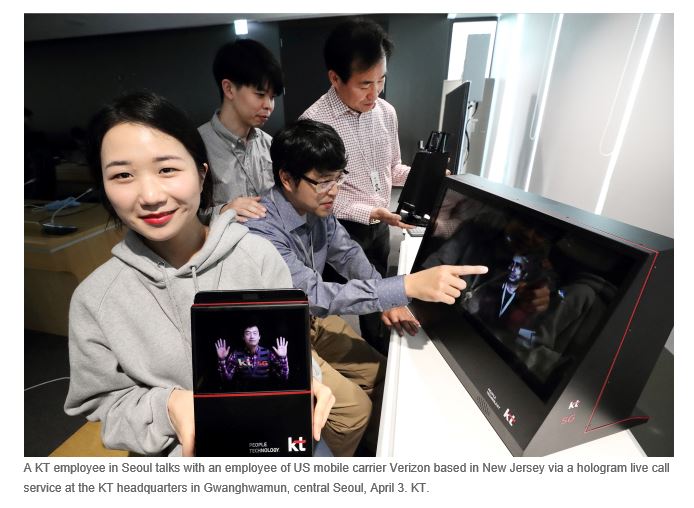 Global cooperation on the 5G network is essential to enabling the hologram live service that requires high data rate, massive traffic volume and low latency on a worldwide scale, according to KT.

A KT spokesperson told the Korea Herald that when "the 5G network is commercialized, 3-D hologram video calls will be available as one of the representative 5G-based services. Through a complete hologram video call, users will be able to meet a person in a remote area in a real size in real time."

The Verizon CEO also met with SK Telecom CEO Park Jung-ho on the same day and discussed partnerships on the standardization of 5G technologies, co-development of solutions for the 5G Automotive Association and the exchange of Internet of Things platforms.

According to market research institute SDxCentral, the related market size is expected to reach $105 billion in 2020.

Apple's higher-end Augmented Reality services are likely to debut on 5G networks. Apple's CEO Tim Cook told ABC News back in 2016 that AR will "give the capability for both of us to sit and be very present, talking to each other, but also have other things -- visually -- for both of us to see. Maybe it's something we're talking about, maybe it's someone else here who's not here present but who can be made to appear to be present."

With today's revelations from South Korea, it's easy to imagine that we'll see Apple's FaceTime offer a holographic experience in the not-too-distant future with added AR experiences as Apple's CEO has conveyed.