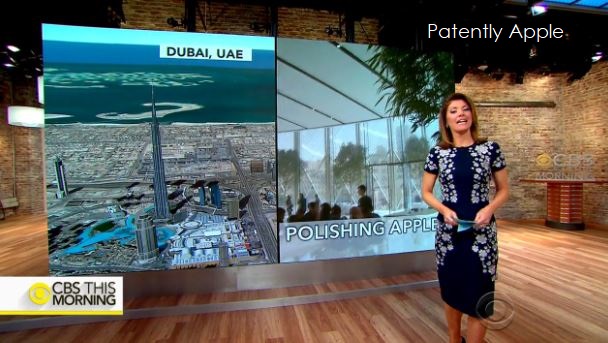 Yesterday Patently Apple posted a report titled "'CBS This Morning' to Interview Apple's SVP Angela Ahrendts." We're now able to show you the full interview below. When asked about how she motivates her retail team, Ahrendts answered: "Empathy is one of the greatest creators of energy."

It's a busy week for Ahrendts as Apple's new store in Dubai is opening on Thursday. While the CBS report kept noting that Apple's newest Dubai Store was actually opening today, the photo below from Dubai's Gulf News clearly shows that the store will indeed open this Thursday .Note the large curve glass window in the background which will provide visitors with a spectacular view of the famous Dubai Fountain. 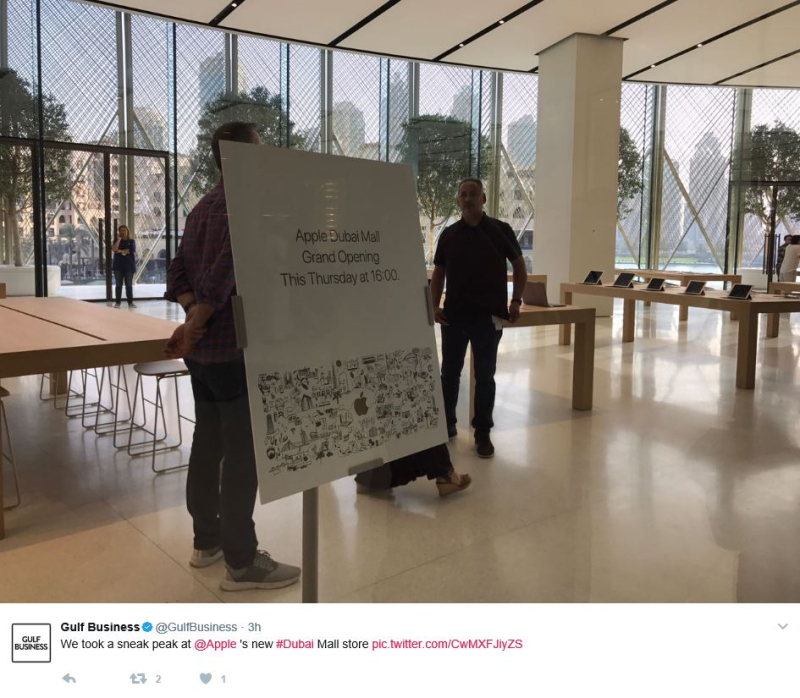