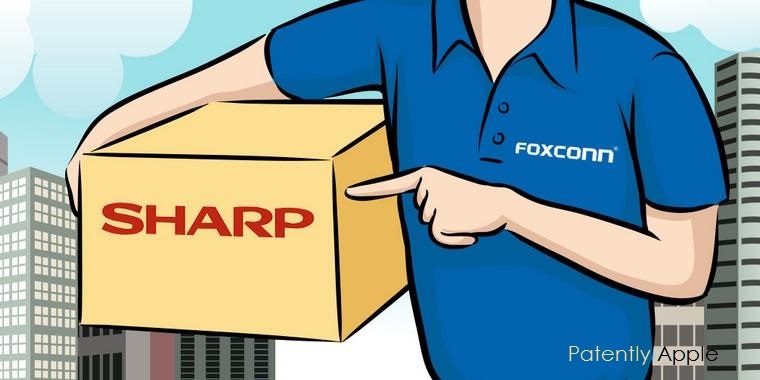 Last April it was reported that Foxconn-Sharp could enter Apple's OLED display supply chain my 2020. Two months later Foxconn surprised the market by stating that Sharp could be ready to deliver OLED display next year. Then in January it was reported that Sharp's plant to manufacture OLED displays would be at an iPhone plant in China. So is Sharp any closer to getting that equipment up and running? A new report out of China today confirms that the plan is moving along smoothly.

Innolux has been working with Sharp to accelerate the commercialization of OLED technology, after the Osaka-based company became a subsidiary of Hon Hai Precision Industry Co via a share sale deal worth US$3.5 billion in April last year. Innolux is Hon Hai's Taiwan-based LCD display manufacturing arm

Tuan added that "At that time, Innolux made faster progress with an experimental OLED line, while Sharp was in the early stages of developing expensive OLED technology. We plan to send about 10 Innolux employees from the company's OLED operation to join Sharp's new G4.5 OLED plant later this month, or in May. This will be the first phase for Innolux to participate in Sharp's OLED plant."

Finally Tuan made comment that OLED technology was a major consideration for Hon Hai's investment in Sharp knowing that Apple was moving to this kind of display for their next generation iPhones.