Samsung to introduce new MRAM Memory for Mobile Devices, IoT and other Markets Next Month at Trade Show 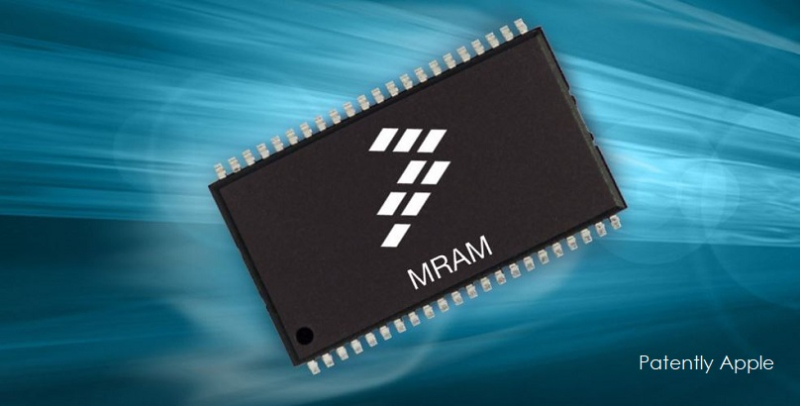 A report back in July 2016 noted that IBM and development partner Samsung had announced that they had developed a process to manufacture a type of non-volatile RAM that is up to 100,000 times faster than NAND flash and never wears out called magnetoresistive RAM (MRAM) using spin-transfer torque (STT) technology, which would lead to low-capacity memory chips for Internet of Things sensors, wearables and mobile devices that currently use NAND flash to store data.

Spin-torque MRAM can be used for a new type of working memory in ultra-low power applications. For example, it can be used in IoT or mobile devices, where it uses very low power when it's on and storing information, and when it's not actively being used, it uses zero power because it's not volatile. You could read the Computerworld article here that provides a nice overview of the new MRAM that could technically be coming Apple devices in 2018 or later.

Today we're learning that Samsung's Foundry Forum Event that will be held in the U.S. on May 24 is going to introduce its process technology for MRAM embedded memory in detail.

Samsung Electronics' DS (Device Solution Sector's System LSI Business Department finished producing a prototype of SoC (System on Chip) that has MRAM built inside and is carrying out business activities on its customers. This is likely to be presented at the event next month.

It chose NXP as its first customer. NXP and Samsung Electronics have agreed on a foundry contract regarding mass-production of 28-nano FD-SOI (Fully Depleted – Silicon on Insulator). Starting from this year, SoC i.MX series for IoT (Internet of Things) will be mass-produced through FD-SOI process. Although flash memories will be built inside of new products this year, it is heard that Samsung Electronics' MRAM embedded memory technology will be utilized for next year's next-generation SoC and MCU (Micro Controller).

MRAM is utilized in this FD-SOI process. Customers can choose between flash memory and MRAM through embedded memory technology.

As far back as 2012 Toshiba was developing MRAM for smartphone processors. Analysts say that MRAM could cut power consumption in mobile CPUs by two-thirds.

Lowering power consumption in mobile gadgets is a focus for device makers, where heat and battery life are major concerns for consumers. MRAM used for memory caches will be on the order of several megabytes of storage. The technology is also being developed by Toshiba and other companies at much higher storage capacity as a possible replacement for flash and DRAM memory.

Back in 2012 Toshiba was working with Hynix to develop MRAM for next-gen memory products.

The Toshiba connection to MRAM is interesting because the company is now up for sale, with Foxconn (and perhaps even Apple as a backer) and a handful of others trying to acquire the company. Having access to next-gen smartphone MRAM products and patents will be of interest and important to all of those bidding for the company.