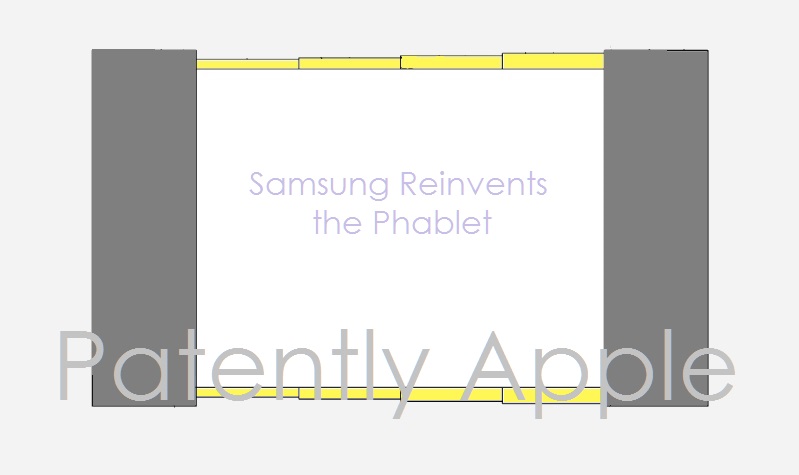 This month the U.S. Patent & Trademark Office published a patent application from Samsung that reveals a dramatically reinvented Phablet concept that on paper is one of the most advanced smartphone patent filings that I've seen from the company to date. Either Samsung engineers are dreaming up a storm or Samsung has something very radical in the making. The form factor offers a large retractable display that scrolls back into the base of the device so that it could easily fit a user's pocket or a small purse. In addition, the radical design doesn't use a traditional OLED display but rather some kind of display that requires two projectors to present its content. In one version of this design, Samsung describes a display that could generate 3D holographic imagery emanating from the screen that doesn't require special glasses. The invention also describes a different kind of 3D touch where the user at times doesn't actually have to touch the screen to operate it. If Samsung is able to bring this interesting device to market sooner rather than later, then they could have the competition scrambling to match it. This is certainly one of the most interesting Samsung patents I've read to date, even though it sounds more fantasy than reality.

In this invention, Samsung reinvents the phablet that they were first to bring to market. This next-gen phablet focuses on a scrollable smartphone design that will have a large screen when users need it but could be dramatically reduced when not in use. The filing states that users will be able to manually or "automatically" collapse the display as noted in the patent figures below. 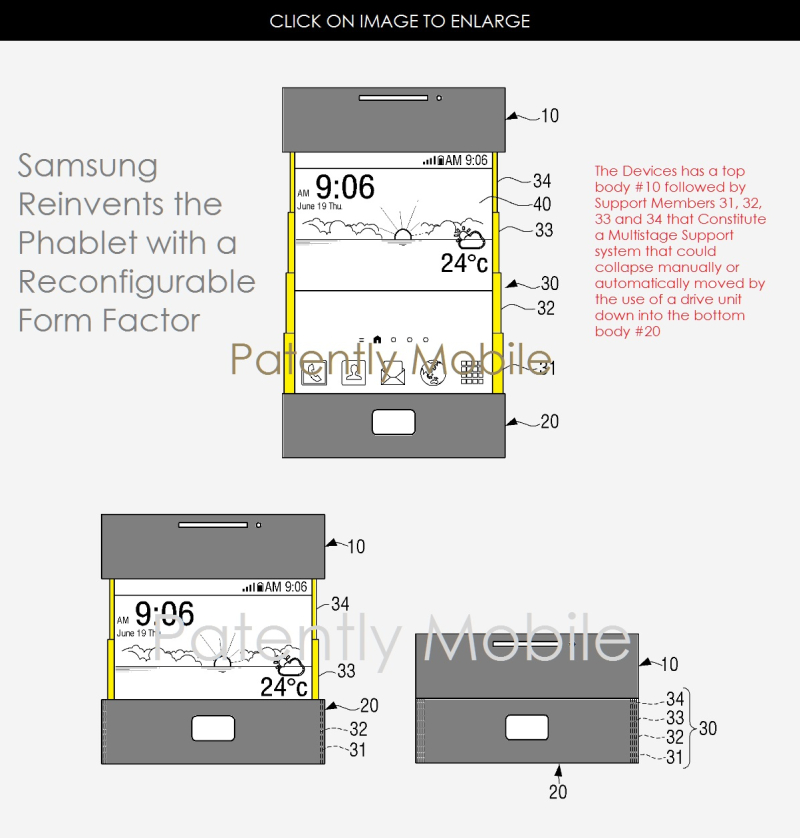 If you're interesting in learning more about this invention, read our full Patently Mobile report here.