In early February Patently Apple reported that Samsung was holding a special closed door meeting with partners at the Mobile World Congress event to give partners a sample foldable smartphone in exchange for feedback; feedback required to figure out product demand so that they could more accurately estimate how many foldable displays to manufacture for the following year. We commented in that report that reality would suggest such a device wouldn't make it to market for another 20-24 months at best, putting it into 2019.

If the feedback from Samsung customers would have been very positive, Samsung would have aimed to deliver new foldable smartphone displays for 2018. So how did that private meeting go? It seems it didn't do go according to plan.

Today we learn that Samsung Display's principal engineer, Kim Tae-woong, stated at a display trade show held in Seoul that "Because the bezel-free display currently sells well, we still have enough time to develop foldable display. The technology is expected to be mature around 2019." He further noted that there are still technical challenges to be addressed.

Chung Won-seok, an analyst at HI Investment and Securities, gave the same outlook during the seminar, saying, "Samsung Display is expected to commercialize foldable phones in 2019 because the company does not need to sell the new hardware because it is already enjoying 20 percent of operating profits with bezel-free display."

And then a more sobering statement followed: "When the demand for bezel-free handsets slows down, Samsung will unveil the foldable display as their next card." That could mean that as we enter 2019 there could be yet a new round of difficulties that have to be overcome and a new time frame issued.

On the positive side, Samsung's engineers continue to write more patents for foldable, bendable, flexible and scrollable displays and accompanying devices non-stop as proven by Patently Mobile's patent archives (and design patent archives). It seems that new intellectual property is revealed by USPTO for Samsung on a weekly basis. So there's no doubt that Samsung is gearing up for this next phase of the smartphone revolution. 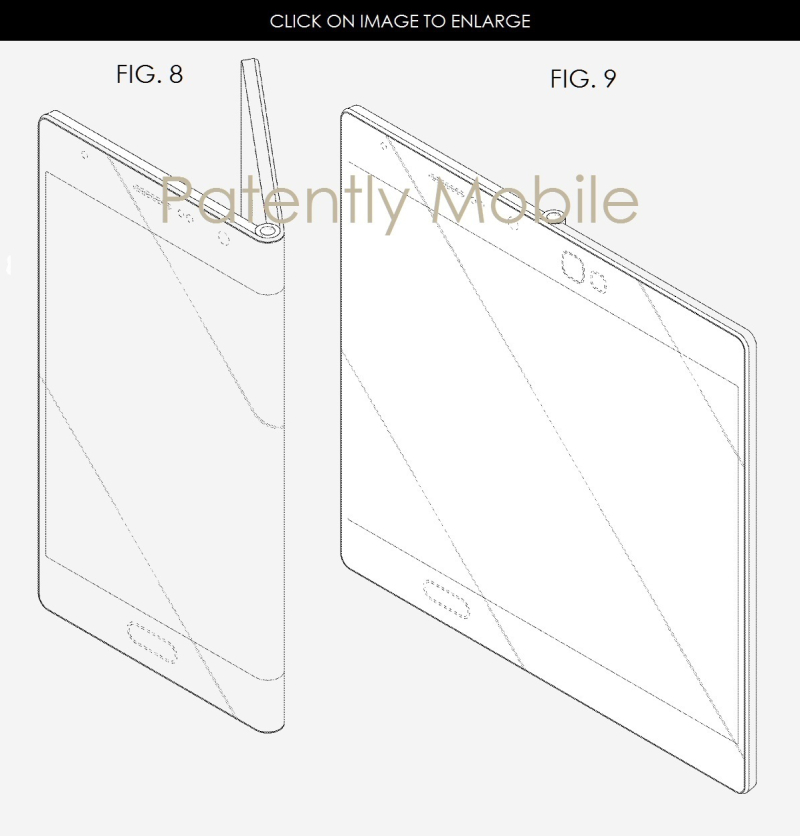 However, the longer that Samsung drags this out, the chances are that Apple, Microsoft and others will have time to catch up with them to a certain degree. Apple's foldable display patent applications are starting to gain some steam of late with five surfacing just since January alone in addition to two granted patents (one and two). 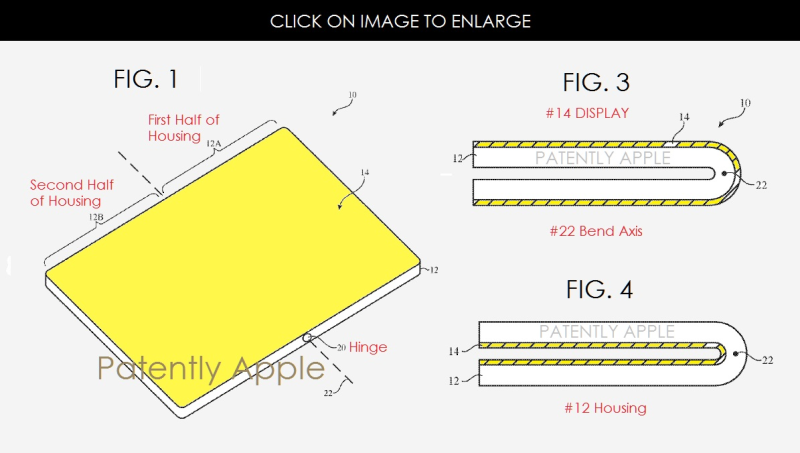 In the end there's no doubt that Samsung Electronics is likely to have first advantage being that they work hand and hand with Samsung Display. Then again, Samsung Display would love nothing more than to land the contract for Apple's first generation foldable iPhone – so Apple is likely to be one of the few with volume history advantage to give them the power of securing volume supply to make a foldable smartphone a success.

Yet what the smartphone industry doesn't need is to have the first generation of foldable smartphones fail miserably like the Note 7 which demanded a recall. In other words, They shouldn't rush this next generation form factor. The priority is simple: Get it right.