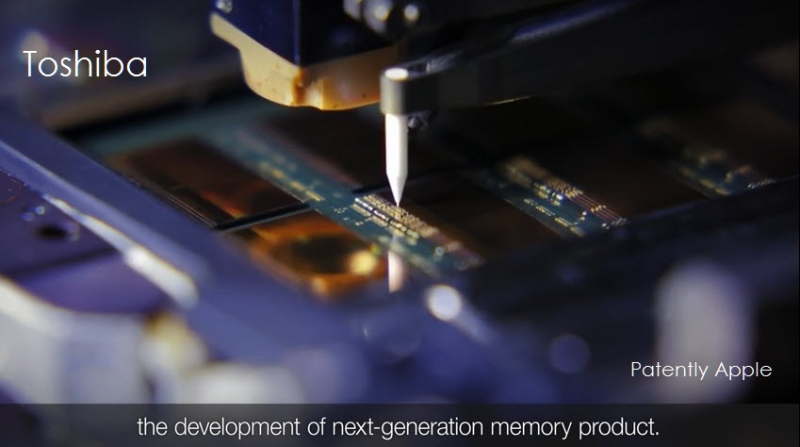 On March 10 Patently Apple posted a report titled "The Japanese Government Likely to Ensure Toshiba is acquired by a U.S. Firm and Lock out Chinese Bidders like TSMC" and Foxconn. In January Forbes reported that "A White House advisory panel issued a report recommending that the U.S. strengthen protection of the semiconductor industry, especially against threats posed by Chinese policies to dominate the sector.

Prime Minister Shinzo Abe recentlly met with President Trump and it was about business matters and security. So the Japanese government stepping into the bids for Toshiba, a semiconductor company, and bringing up "security" as a concern is for sure a move to ensure that an American company wins the bid for Toshiba.

Yesterday morning Barron's Tech Trader Daily posted a brief report titled in-part "Apple For Toshiba?" The report noted that "In the bidding for Toshiba's NAND flash unit, Japanese publication Yomiuri Shimbun this morning reports Apple is possibly among the bidders, citing unnamed sources (see the translation of the Japanese report below). This follows a report from Nikkei late yesterday that chip maker Broadcom is interested. Prices talked about thus far have been as high as $18 billion for the unit. 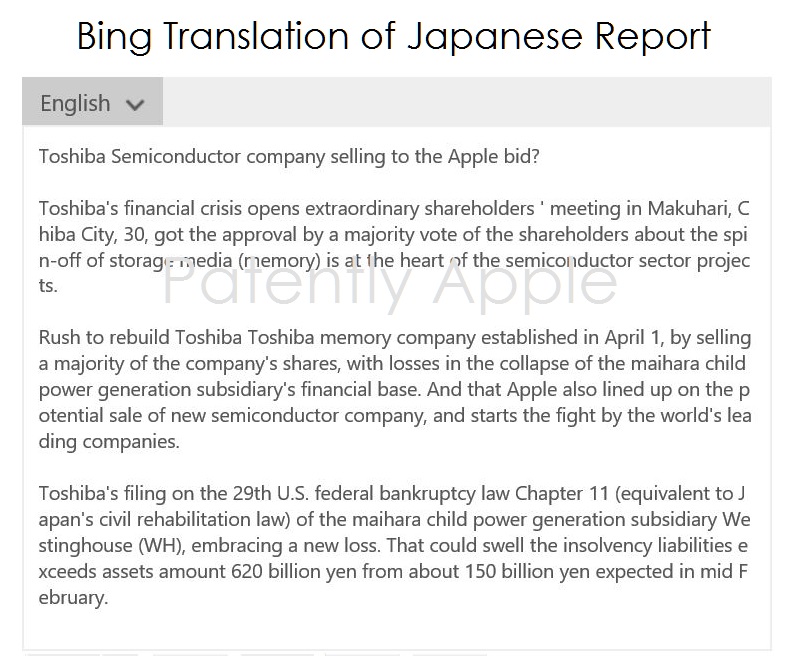 Apple farms out their production for Macs, iDevices and accessories so that they could focus the bulk of their investments on softare and engineering companies, setting up R&D centers around the world and building out new Flagship Apple stores.

Is it impossible for Apple to be in the bid for Toshiba? You can never say impossible with Apple, but it's higly improbable. There's no doubt that Toshiba holds a lot of technology that Apple could be interested in, especially memory products where they over rely on market leader Samsung.

But unless Apple is taking a new turn in investment philosophy and wants to move away from Samsung rapidly for future products, dropping Apple's name into the bidding war for Toshiba could have been simply to get instant headlines. The Nikkei reported on Thursday that there were ten serious bidders for Toshiba and Apple wasn't one of the them.