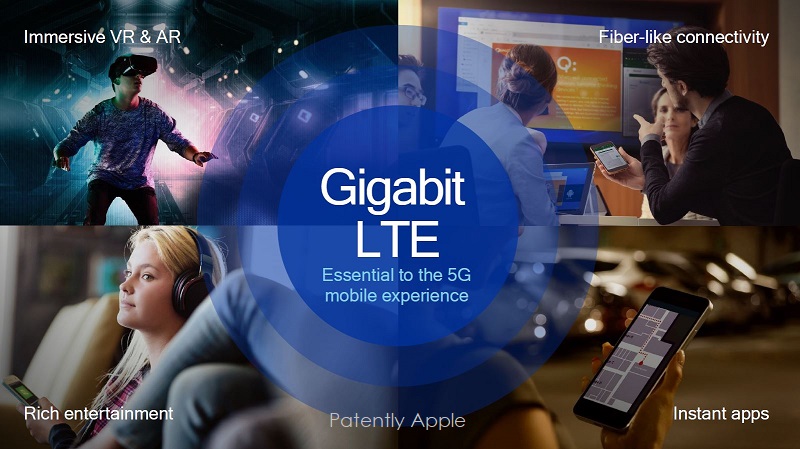 Last week PhoneBuff presented their annual smartphone speed tests and this year's Galaxy S8+ vs. the iPhone 7 Plus showed Apple's smartphone the clear winner when it comes to opening a series of applications. Now a new report strikes back claiming that Apple's iPhone 8 may not support Qualcomm's new Gigabit LTE modem leaving the iPhone at a definite disadvantage. CNBC framed it this way: "The next iPhone may not be able to hold a candle to the Galaxy S8 when it comes to how fast you'll be able to download music and movies or surf the web."

C/NET reported yesterday that "Gigabit LTE will be a signature feature on many high-profile, premium phones this year. Yet Apple's next iPhone, which is still months away from becoming an official product, may not be one of them. Apple designs its own processor and uses modems from Qualcomm and Intel. But Intel's latest commercial-ready modem won't hit Gigabit LTE speeds, which could force Apple to slow down the Qualcomm version to ensure all iPhones are on the same footing.

If Apple opts to skip out on Gigabit LTE, the iPhone 8 will hit the market with a key disadvantage when the company is trying to position the 10th iteration of its iPhone franchise as the most advanced phone yet. The Galaxy S8 is just the first premium phone to tap into the technology. Qualcomm expects up to 10 Android phones this year to follow suit.

While consumers would normally ignore something as wonky as Gigabit LTE, carriers are starting to trumpet the technology as a catalyst for their faster networks. T-Mobile CEO John Legere boasted in January that his company would be the first with Gigabit LTE this year, providing a public spotlight to what could have been an obscure technical term.

What would the next iPhone presumably miss out on? Gigabit LTE promises a significant speed boost to your phone -- think 18 times faster than the average speeds posted by the likes of T-Mobile and Verizon in a recent test by OpenSignal. With those kinds of speeds, you can say goodbye to buffering as downloads zip by in a flash.

Yet in the bigger picture, "Gigabit LTE networks aren't really up and running in any meaningful market, with only T-Mobile mentioning select areas in a few markets capable of getting those speeds. Chief Technology Officer Neville Ray said in an interview on Monday that he didn't think Gigabit LTE would be available nationwide, but the technology would be one way the company could "highlight its network superiority."

But the technology isn't just about bragging rights. As carriers upgrade their networks, your Gigabit LTE-capable phone will get faster and faster. So a phone you buy this year might actually get better in 2018 and beyond.

While C/NET admits that it's unclear what Apple will do for the iPhone 8 and may in fact use Qualcomm's modems, they further state: "But if history repeats itself, Apple could disappoint some looking for the next iPhone to pack the latest and greatest everything."

On the surface the report comes across as a mild propaganda piece for Qualcomm. It's a story that could fit after the iPhone 8 debuts if Apple fails to address the modem issue. For now, however, no one knows what Apple will do, so it's just a lot of noise in the form of FUD (the tactic of using Fear, Uncertainty and Doubt about a competing product).

Apple continues to deal with Samsung as a supplier all the while fighting it out in court over patents, so there's no reason to believe that it'll be any different this time around with Qualcomm, if Apple decides there's no modem workaround.

For those wanting to know more about Gigabit LTE could download Qualcomm's PDF titled "Driving the Gigabit LTE Evolution" here. 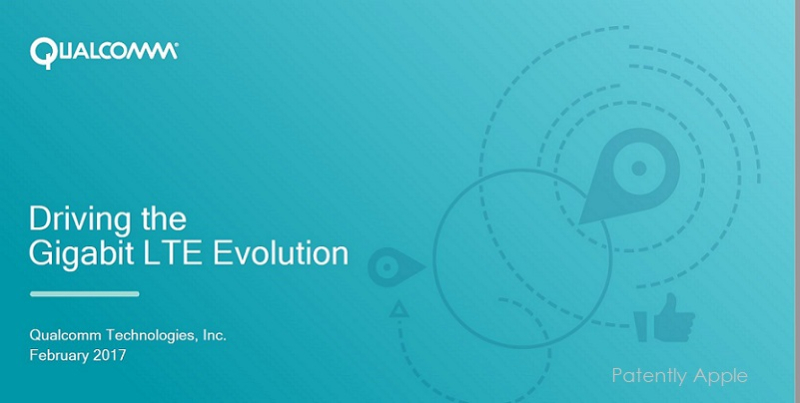