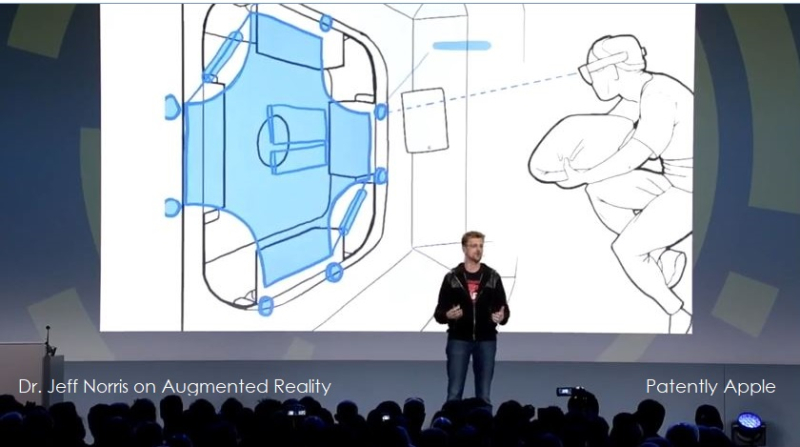 The LinkedIn page for Jeff Norris still has him listed as Mission Operations Innvovation Lead at NASA even though he's been hired by Apple as a senior Augmented Reality team manager under Mike Rockwell. Norris founded the Mission Operations Innovation Office of NASA's Jet Propulsion Lab, where he led efforts to create new ways to control spacecraft and robots in space with virtual and augmented reality as noted in his videos presented below. The videos show us that the Norris team at NASA team were working with Microsoft's HoloLens and Facebook's Oculus. His credentials tell us, amongst other things, that he led a 160 man team and was a pioneering developer of applications for Microsoft HoloLens, Oculus Rift, HTC Vive, and other VR/AR platforms. So this expertise being brought into Apple's AR team is invaluable.

The Bloomberg report noted that "Norris joined NASA in 1999 and helped create software for controlling Mars exploration rovers from the ground." If anything, the report keeps us up to date as to how important Apple views the future of Augmented Reality.

Although Microsoft and Facebook are currently working with developers to bring applications to market well ahead of Apple, Apple's leaking of information about their Augmented Reality team is a way to let the world know that they'll too have an AR headset on the market in the not-too-distant future.