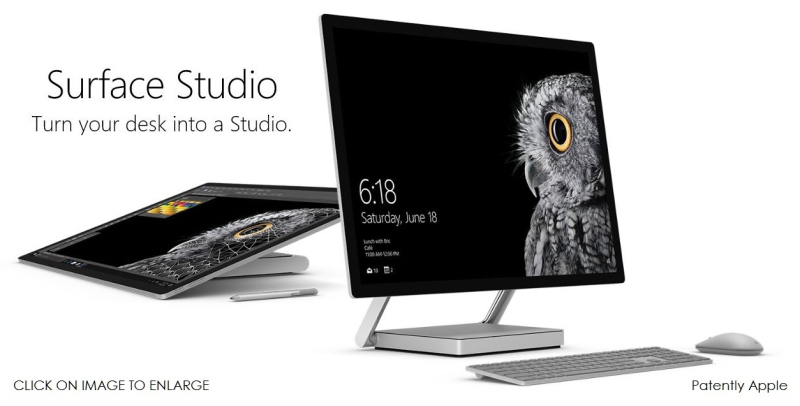 Earlier today we posted a report titled "ARM Confirms that Microsoft-Qualcomm Notebooks and 2-in-1 Devices for Windows 10 will hit the Market in Q4." It's obvious that Microsoft can't compete with Apple head-on and so they're changing their game plan this fall by introducing ARM based devices that Huawei, Lenovo and others will fully support. Yesterday Microsoft beat the street estimates with decent Cloud services performance but Surface products crashed 25%, according to the company's Earnings Release FY17 Q3.

CNBC reported last night that "The reason was a shortfall in the company's More Personal Computing segment, which includes Windows and hardware like the Surface tablets, booked $8.84 billion in revenue — well behind average expectations of $9.22 billion (according to StreetAccount), and down 7% from last year. Surface revenue dropped 26% to $831 million, its lowest figure in more than a year, in part because of more competition from other similar devices and ahead of expected new models expected out later this year.

On a call with CNBC, Microsoft said the shortfall was specifically due to "lower than expected Surface Pro unit volume," but noted that one big reason for that product is to spur growth of similar "2-in-1" devices (combo tablet-laptops) across the entire industry." Nice spin but no one is buying that line.

Last October the tech media heaped praise on Microsoft's event to no end and wildly applauded the all-new Surface Studio pro desktop. At the same time Apple's event introducing the new MacBook Pro with Touch Bar was booed for bordom. Yet reality hit home when Apple had phenomonal sales for the MacBook Pro while Microsoft's Surface Studio sales were extremely low and likely profitless.

Offering a new line of 2-in-1's and notebooks using the ARM processor this fall may be one way of turning their fortunes around. There's also a persistant rumor that they're still working on a next-gen Surface smartphone and they're also eyeing entering the education market to take on Google's chrome.

Microsoft is committed to Surface and I think that their products are interesting considering that they aim for only the high end of the market. But it must be discouraging to continually attempt to challenge Apple and fail at tablets, notebooks, desktops, Microsoft Stores and beyond.

While Microsoft will continue to move forward and expand their Surface line, yesterday's reality had to have taken a little wind out of their sails as they've yet to chalk up a single win worth noting in PC hardware to date.