Home Archives Contact Us Subscribe Twitter Facebook Patently Mobile
While TSMC see's H2-2017 being Positive due to the iPhone 8, a Camera Supplier of Apple's Sees Staffing Problems Ahead
Foxconn's Chairman Reportedly Seeks Out SoftBank's Assistance in Bid to Acquire Toshiba 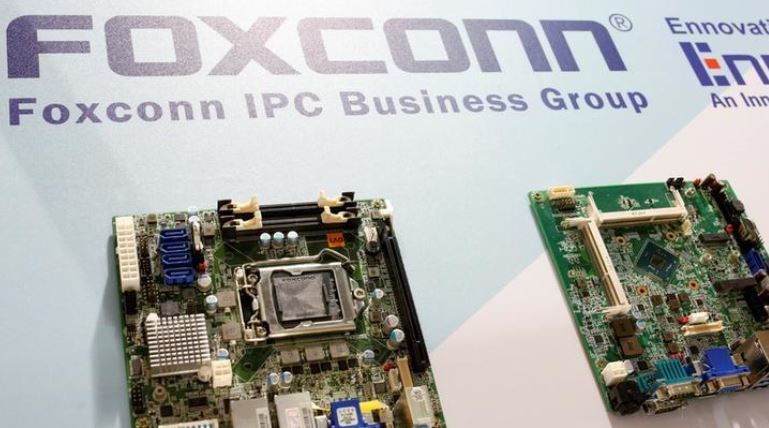 In early March Patently Apple posted a report titled "Bad News for Samsung: Apple Suppliers TSMC and Foxconn are Joining Forces to Make a Bid for Toshiba." The report noted that Foxconn's chairman Terry Guo had said that demand for storage would start rising as the 8K resolution era arrived. Then news surfaced that the Japanese government would shut out Chinese bids for reasons of security. To get around Japanese regulations, the one time Foxconn-TSMC deal could become a Foxconn-Apple deal (or Foxconn-Softbank deal) and ensure that Toshiba remained a Japanese company.

We noted in a report on April first that a Nikkei report was first to throw Apple's name into the bid for Toshiba even though Apple wasn't listed as one of the ten official bidders.

Today, a Reuters report confirmed that currently Toshiba has narrowed the field of bidders for its chip unit to four suitors: Broadcom, SK Hynix, Western Digital and Foxconn. SK Hynix

The speculation now is that because Foxconn's bid dropped TSMC as a partner, that Foxconn looked to Apple as a backer to secure the deal. Toshiba, Foxconn nor Apple have commented officially on Apple being involved in the Foxconn bid. Yet Reuters is going full tilt in the belief that such a bid is on the table by quoting the Japanese public broadcaster NHK who reported earlier today that "Apple Inc is considering teaming up with its supplier Foxconn to bid for Toshiba Corp's semiconductor business."

The NHK, citing unidentified sources, stated that "The U.S. technology giant is considering investing at least several billion dollars to take a stake of more than 20 percent as part of a plan that would have Toshiba keep a partial holding so the business remains under U.S. and Japanese control."

The NHK further noted that the idea would be to allay Japanese government concerns about any transfer of sensitive technology to investors it deems a potential risk to national security. They also added that Apple wants Foxconn to own a stake of around 30 percent of Toshiba's chip business.

One fly in the ointment is that Western Digital Corp, Toshiba's partner and one of the bidders for its chip business, warned this week that the Japanese firm's plans to sell its chip unit violates a joint venture contract. Western Digital wants to be given exclusive negotiating rights. For more on this read the full Reuters report.

On Tuesday Toshiba warned it may not continue as a 'going concern. In their twice-delayed financial report they noted that there are material events and conditions that raise the substantial doubt about the Company's ability to continue as a going concern.

Last Sunday Bloomberg reported that Foxconn (Hon Hai's) has the highest bid on the table, so having Apple enter the scene now is an interesting twist. Foxconn's Terry Gou acquired Japan's Sharp last year, so Gou has the know-how to work with the Japanese government.

And, should Apple not be a part of the deal, Foxconn could always get needed funding from Japanese partner Softbank via it's technology fund that both Foxconn and Apple have invested in. The connection to Japan's SoftBank could be the key to a deal for the Foxconn bid. Remember that Foxconn and SoftBank have a joint venture for designing ARM chips and so having Toshiba would be a nice fit for both Foxconn and SoftBank.

If anything, the tension is building and it's going to be interesting to see how this concludes in the coming weeks.