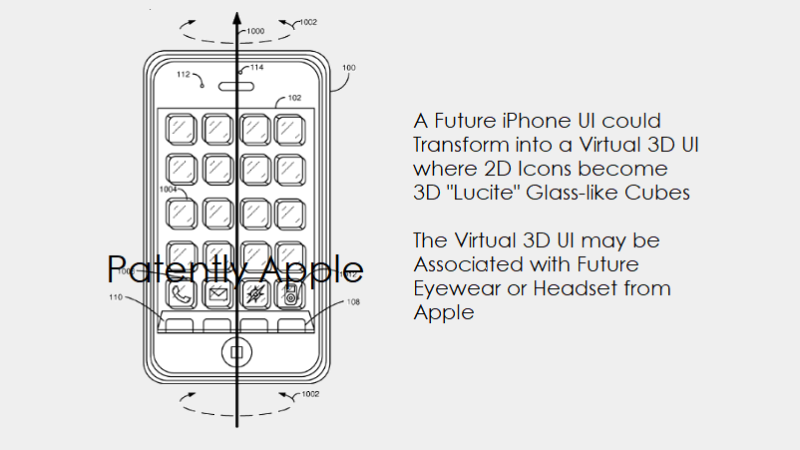 Last summer Patently Apple covered Apple's granted patent for an advanced 3D user interface. Apple had been working on this since 2010, according to the history of patent filings. You could review some of the particulars in our extensive report here. Today the US Patent & Trademark Office published a continuation of their granted patent showing that the project is still alive in one of Apple's labs.

Continuation patents in general rarely if ever change the foundation of the summary and details of the patent filing. What changes is usually an extension of the original concept to cover new materials, different aspects of the design or direction of the invention. The changes are restricted to the patent claims, the most important part of a patent that defines the patent by protecting it by law. Patent infringement cases are usually all about the claims, so the carry a lot of weight.

Claim #2: The graphical user interface method of claim 1, wherein the act of generating further comprises ray tracing from the user's eyes through the display of the device and into the virtual 3D operating system environment.

Claim #3: The graphical user interface method of claim 1, wherein the act of generating further comprises applying an appropriate perspective transformation to the virtual 3D depiction of the at least one graphical user interface object on the display of the device, wherein the transformation is based, at least in part, on the determined 3D frame of reference and the determined position of the user's eyes.

While the 3D UI could be used on an iPhone used in a regular every day way, you have to understand that the claims of the 2016 granted patent covered a context of it also being associated with "eyewear or headgear worn by the user." That's covered in the granted patent claims 5, 12 and 19. 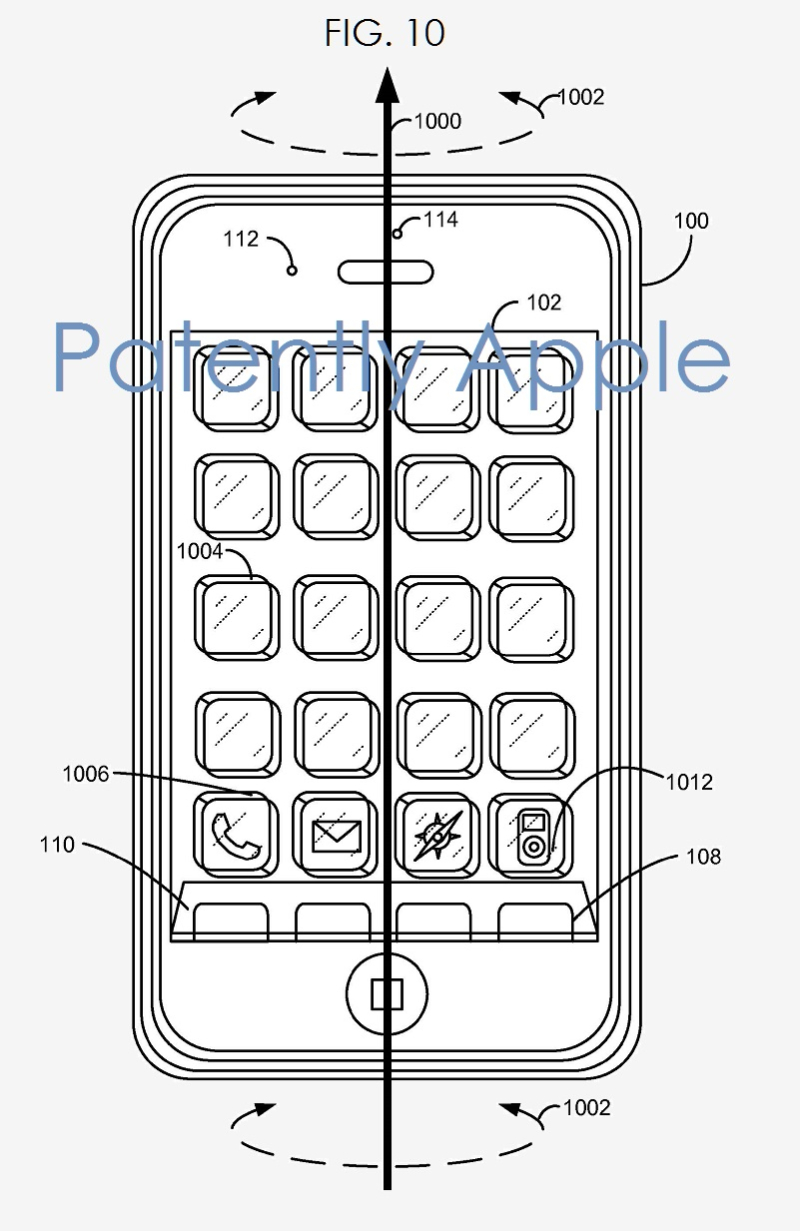 Apple's patent FIG. 10 noted above illustrates an exemplary gesture for activating the display of a smartphone to operate in a virtual 3D operating system environment mode.

This week we learned that Dr. Jeff Norris who led a team at NASA is now working as a manager in Apple's Augmented Reality team working on some form of eyewear of headset. So seeing Apple updating a potentially important patent about a next-generation 3D UI for the headset makes the project very exciting.

Today, some rudimentary headsets, like Samsung's Gear VR, may have 3D content played on displays that are really designed for a smartphone that fits into their headset. Apple on the other hand appears to be working on an optional new experience for users with a next-gen Apple headset. They don't want to limit users to simply viewing 3D and/or Augmented Reality content but also deliver a richly detailed 3D UI to make the whole experience a leap ahead of their competitor's headsets.

Of course it's a patent filing and not a guarantee that we'll ever see this come to market. But at least for today we have proof that the project that began in 2010 is still alive and well somewhere at Apple.