The U.S. Patent and Trademark Office officially published a series of 37 newly granted patents for Apple Inc. today. In this particular report we cover three distinct inventions. One covers shock absorbers built into the corners of an iDevice that are designed to eject if the iDevice is falling in order to prevent damage. A second patent covers OLED displays for iDevices that could have curved or bent angles. The third patent covers a crack detection and prevention system built into future OLED displays. And as always, we wrap up this week's granted patent report with our traditional listing of the remaining granted patents that were issued to Apple today.

Apple's granted patent 9,614,168 was originally filed in Q1 2016 and published today by the US Patent and Trademark Office. More details could be found in our 2016 report here.

It would therefore be desirable to be able to provide organic light-emitting diode displays edge crack propagation prevention structures.

Apple's granted patent 9,614,183 was originally filed in Q2 2015 and published today by the US Patent and Trademark Office.

Apple's newly granted patent 9,612,622 covers their invention relating to an improved housing for portable electronic devices to protect them from shock and other elements.

For more details and graphics on this invention, see our original patent application report that was posted in November 2015, here.

With Apple obsessed with delivering cool iPhone designs, it's hard to imagine this invention ever being used in a high-end iPhone unless it was sold as a distinctly different iPhone geared for sports enthusiasts.

Apple makes specific reference in their patent filing that "many users carry these devices while engaging in strenuous activities such as running, climbing and the like. Because users are in possession of these devices in many environments, they are sometimes dropped or otherwise exposed to shock events involving rapid acceleration or deceleration." 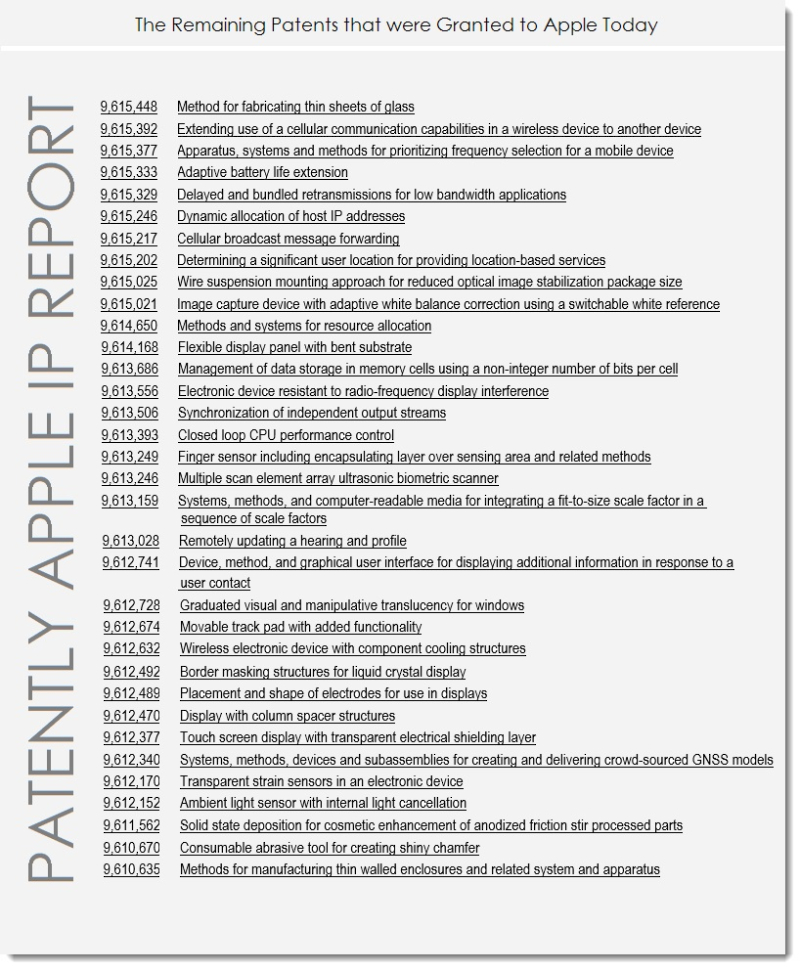