The U.S. Patent and Trademark Office officially published a series of 60 newly granted patents for Apple Inc. today. This particular report covers granted patent 9,627,130 which relates to an invention about connectible devices, and more specifically to magnetic connection and alignment of connectible electronic devices. Patently Apple covered this as a patent application in a 2015 report titled "Apple Invents a New Magnetics-based Docking System with Inductive Charging." You could check it out for more details here. 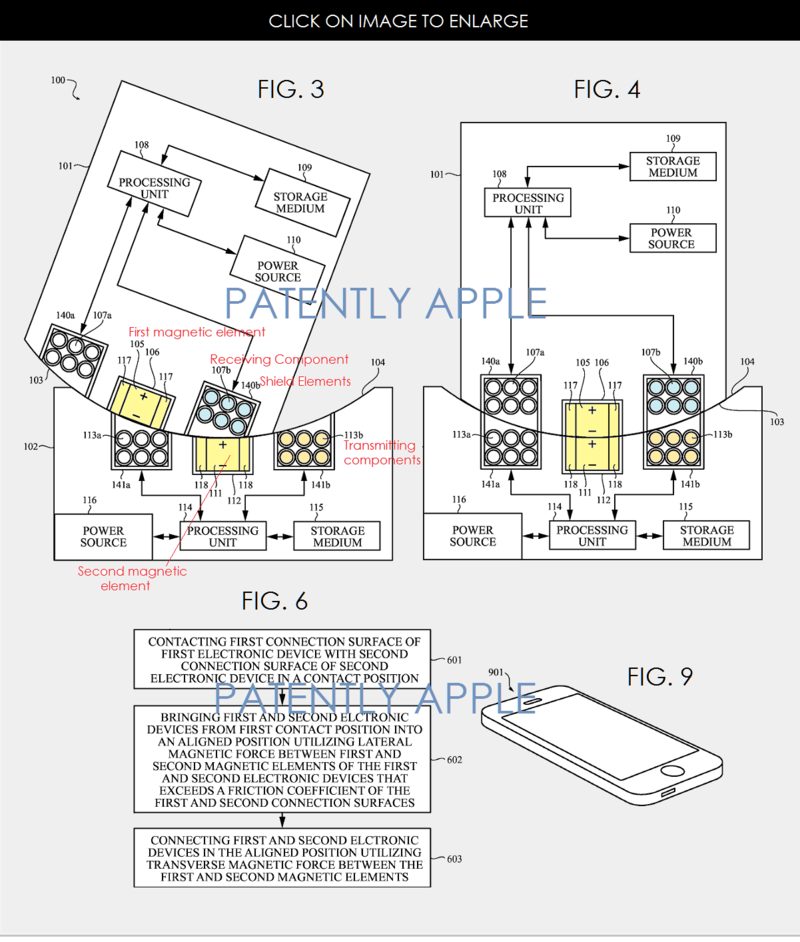