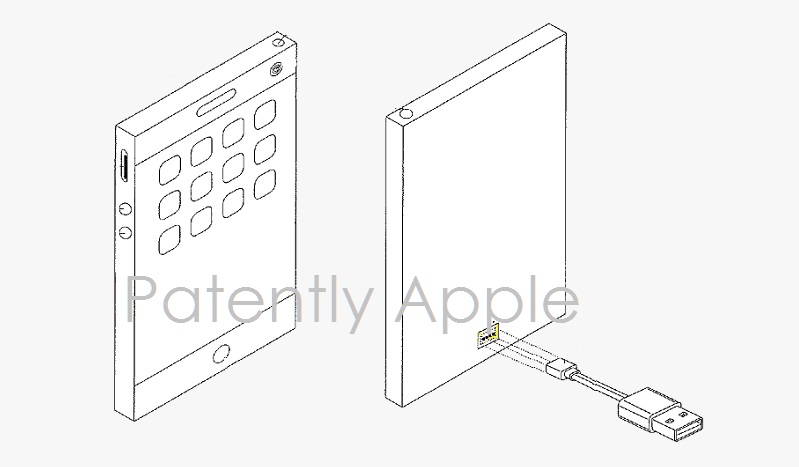 The U.S. Patent and Trademark Office officially published a series of 60 newly granted patents for Apple Inc. today. In this particular report we cover yet another revolutionary idea. Apple has invented a method of creating a virtually invisible connector port on the backside of an iPhone that is concealed and able to resist water, debris or gasses. The iPhone's connector would be able to penetrate this seemingly invisible port when needed and when the connector is removed, the seam, using a self-healing material, would close and seem invisible once again. The invention may be used with any iDevice including an Apple Watch. The second granted patent noted in this report gives us the impression of iPhone components encased within a transparent ceramic material forming the outer case. We wrap up this week's granted patent report with our traditional listing of the remaining granted patents that were issued to Apple today.

Apple's newly granted patent covers their invention relating to electronic devices and in particular to electronic devices that include one or more electrical connectors that enable connection to an external device. . In some embodiments, the electrical connectors are configured to be equipped with a self-healing barrier layer providing an aesthetic covering for the connector as well as protection for the contacts within the connector and for circuitry within the device housing. 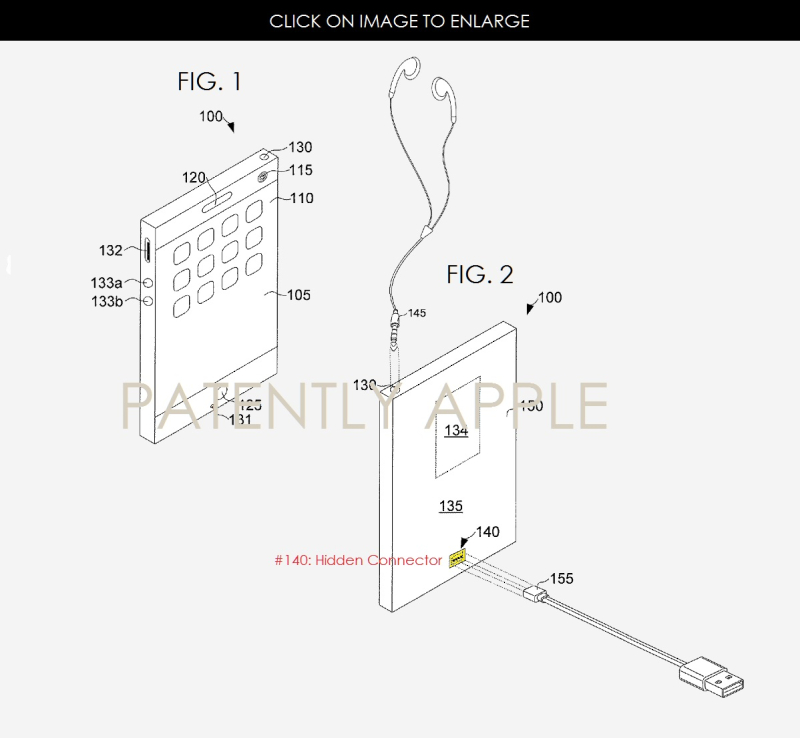 Apple's patent FIG. 2 is a rear perspective view of the electronic device shown in FIG. 1 with an audio connector and a data connector. Even though the patent figures depict an iPod touch or iPhone, the hidden connector is also prominently mentioned as relating to a possible future Apple Watch as the patent refers another embodiment being a "wearable device" worn around the wrist.

Apple's granted patent 9,634,426 was originally filed in Q and published today by the US Patent and Trademark Office. This is Apple second granted patent for this invention in a year. See our May 2016 patent report here for more details. Today's granted patent shows that Apple has added more patent claims.

Apple's newly granted patent covers their invention relating to ceramic materials having an electronic component embedded therein, and more particularly to electrically active components embedded in a ceramic surface defining a portion of an outer surface of an electronic device. The cover glass may be bonded, affixed, or otherwise attached to a remainder of the housing, thereby forming an enclosure for the electronic device. 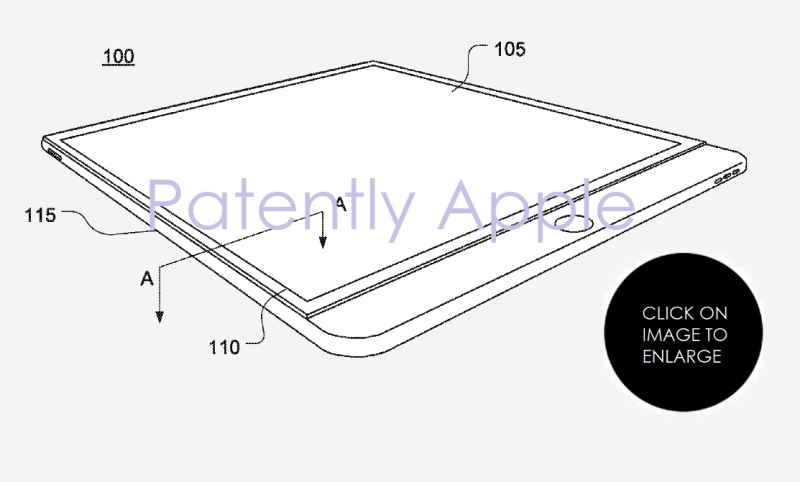 Apple's patent FIG. 1 above depicts a perspective view of a sample electronic device having an electronic component embedded in a ceramic material.

Apple's granted patent 9,632,537 was originally filed in Q3 2013 and published today by the US Patent and Trademark Office.