The U.S. Patent and Trademark Office officially published a series of 37 newly granted patents for Apple Inc. today. In this particular report we briefly cover Apple's granted patent relating to high-efficient inductive charging interfaces for mobile devices. Apple's patent places extraordinary emphasis on a next-gen connector plug. The system is designed to reduce the complexity of the inductive componentry required in iDevices.

The patent claims of this invention put most of the emphasis of the invention on a new connector plug for the inductive charger. Apple granted patent notes that a magnetic core of an inductive charging configuration may be divided into two magnetic elements; one element can be housed within a receptacle or receiving connector of a housing of an electric device and the other element can be housed within a plug or transmission connector.

This closed flux path may limit losses that typically occur with open magnetic flux paths and increase the strength of the magnetic field between the magnetic elements. As such, devices may receive around 90% of the power transmitted by corresponding plug connectors, i.e., 90% inductive charging efficiency may be achieved. 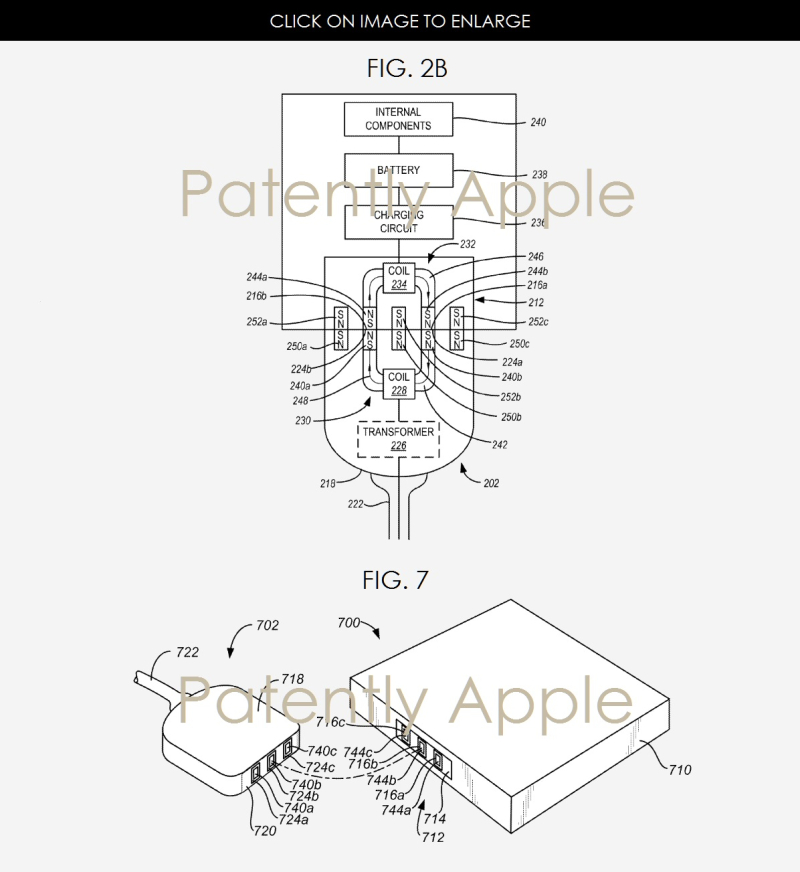 Apple's granted patent 9,614,378 was originally filed in Q3 2014 and published today by the US Patent and Trademark Office. This is without a doubt a very complex invention and for those wanting to dig into the details of it, click here. To review other Apple wireless charging patents, click here.