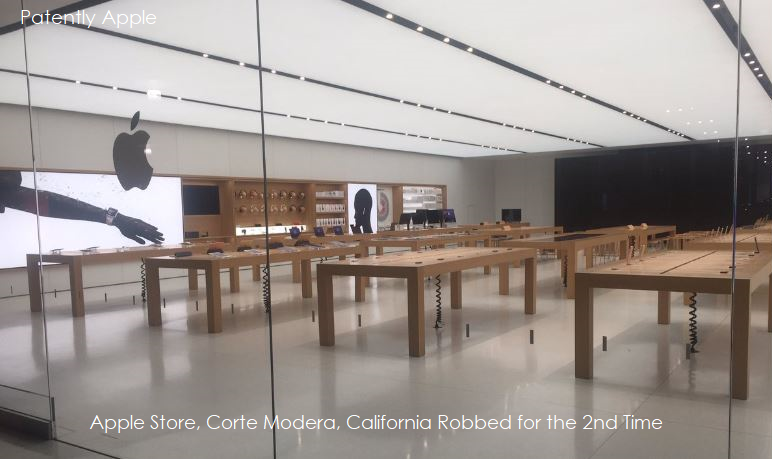 The Corte Madera police have confirmed that $24,000 worth of Apple devices were stolen last night shortly before the store was set to close for the evening. Customers still in the store at the time were shocked to see the robbery unfold. This is the second time that this particular store has been targeted. The devices included 17 iPhones, 3 iPads and 2 Macs.

The ABC news report noted that the local police are asking anyone with information on the robbery could call the Central Marin Police Authority at (415) 927-5150.