Apple acquired a company back in 2015 called Metaio from Germany that created 'Thermal Touch' a new Augmented Reality Interface for wearables like a future Apple headset. Today the US Patent & Trademark Office published a patent application from Apple that is really a patent from Metaio that Apple inherited with their acquisition. One of the inventors is Metaio's CTO and co-founder Peter Meier. The patent goes all the way back to 2008 which will help establish a strong IP foundation for future Apple AR products. For sure Metaio had excelled way beyond that in the years after one of their original patents was filed. But for those wanting to review this earlier patent, click here for full details. 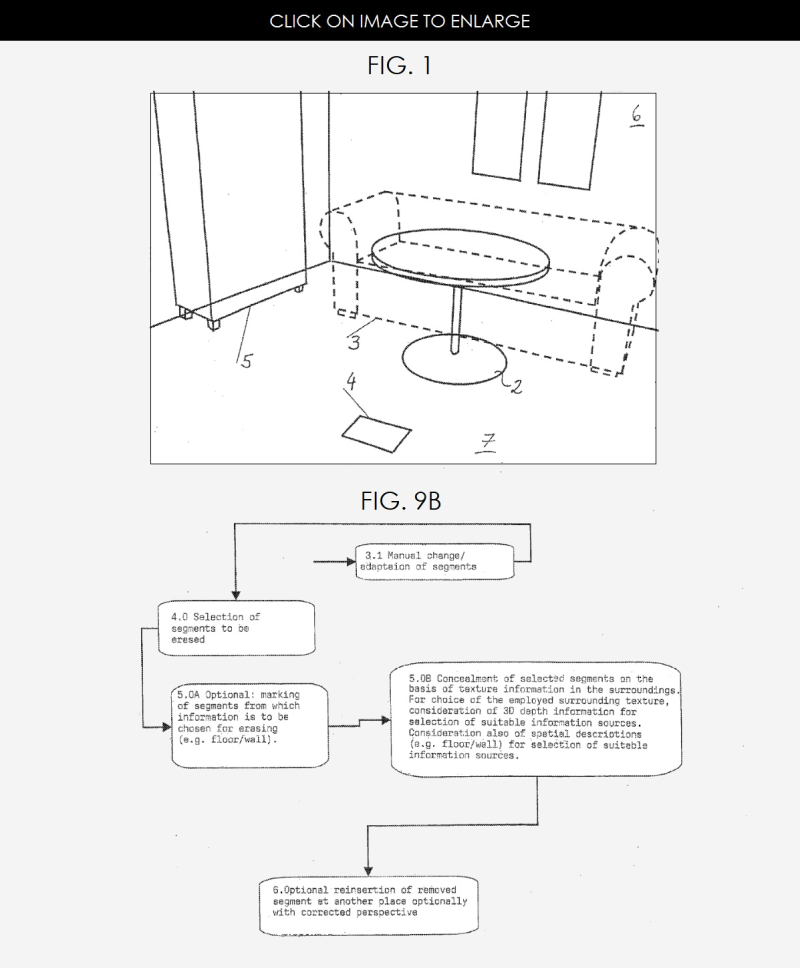 Apple's (Metaio's) patent FIG. 1 noted above shows us a schematic representation or view of a real environment which is to be merged with a virtual object, whereby a part of the virtual object is located behind a real object, thus partly colliding therewith; FIG. 9B shows a flowchart of an embodiment of an inventive method.