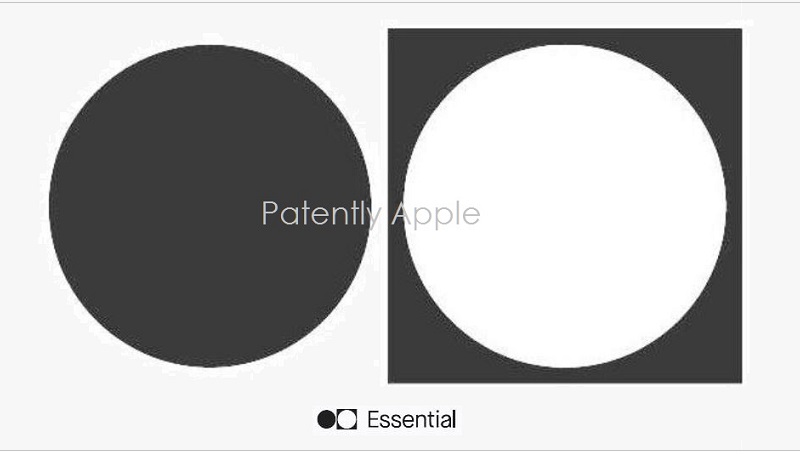 In January Patently Apple posted a report titled "A Next-Gen Smartphone Designed by Ex-Apple and Google Engineers will Launch Later this Year." One of the key people behind Essential was Android inventor Andy Rubin. It was very surprising to learn that Apple's number one supplier was now working against Apple in backing the new smartphone company. Our report also covered Essential's trademark and patent filings. The patent showed a completely new design methodology for a smartphone and one made with a ceramic back which would technically support wireless charging as reported on earlier today.

Today the Wall Street Journal reports that "SoftBank Group Corp. scrapped a planned $100 million investment in a smartphone startup founded by the creator of Google's Android software, partly because of the Japanese investor's increasingly close relationship with Apple Inc., according to people familiar with the matter."

What's not clear exactly is whether Bloomberg's earlier foxconn references made in January were really a part of the Softbank investment or a separate investment. If it was really a Softbank vision fund investment framed as a Foxconn investment, then that investment is now dead.

However, if it was a true independent Foxconn investment then it's a complication for Apple. Politics could be at play being that Apple is working with Winstron in an Indian iPhone plant and with Pegatron hinting that they would be willing to work with Apple for a plant in the U.S. should they decide to close their Mexican plant.

Was this a part of the true behind the scenes manuevering by Apple to send Softbank and Foxconn a messages to back off their investment in Essentials?

The Wall Street Journal further reported that "The planned investment would have valued the startup, Essential Products Inc., at $1 billion, these people say, a lofty amount for a startup that has yet to sell a product in one of technology's most cutthroat industries. The offer banked on the pedigree of Essential's founder Andy Rubin, who sold his previous startup, Android, to Alphabet Inc. 's Google in 2005, then helped turn its software into the world's most used smartphone operating system, powering devices rivaling Apple's iPhone.

The episode is a window into the unpredictable investing style of SoftBank Chief Executive Masayoshi Son, who is set to enhance his position as one of the tech industry's most powerful investors with his $100 billion tech-focused Vision Fund. That mammoth fund is expected to close as early as this month, according to a person familiar with the matter.

As part of the proposed deal with Essential, Mr. Son had promised that SoftBank's telecom subsidiary in Japan would provide a big marketing push for the release of Essential's high-end smartphone, scheduled for this spring, the people said, ahead of Apple's expected fall release of its 10th anniversary iPhone.

In January, Apple agreed to commit $1 billion to the Vision Fund. Though Apple didn't block the Essential deal, according to the people, its investment complicated SoftBank's interest in a competing smartphone company. In February, after months of negotiations and when final investment contracts were being drawn up, Mr. Son backed out of the deal. 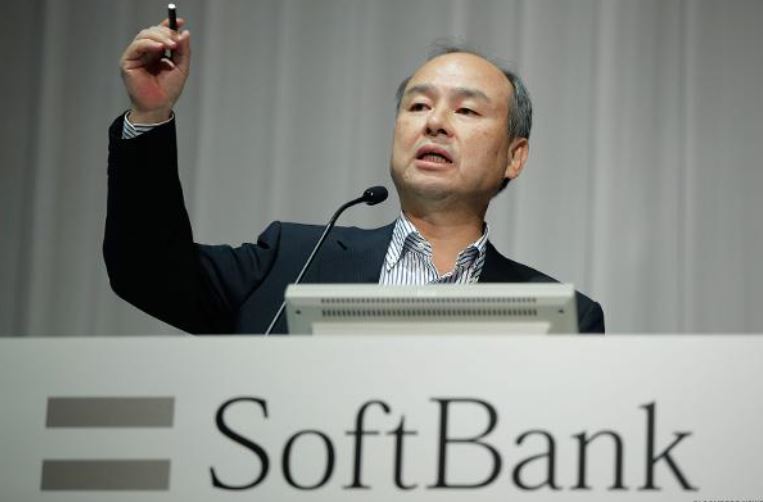 Masayoshi Son began discussing an investment with Mr. Rubin last fall, according to people briefed on the talks. They outlined the basic structure of a possible deal, including the funding amount and valuation, as well as plans for SoftBank's mobile subsidiary to put its marketing firepower behind the Japan launch of Essential's first phone. The deal had proceeded to the stage where final investment contracts were being drawn up.

From Mr. Rubin's perspective, the investment was nearly complete, according to people familiar with his thinking, having progressed to the last steps before such venture deals are typically signed. But Mr. Son did another gut check on the deal after Apple committed to investing in his new fund, say people familiar with his thinking, deciding to kill it rather than align himself too closely with an Apple rival."

What may still be hanging in the wind is whether Foxconn is still involved in the deal with Essentials so as to win over the production contract. It may surface in a future report or we may see Apple continually making plant deals with more of Foxconn rivals.

While this ongoing story can't be concluded today with the Wall Street Journal's report, it sure hit a home run in showing us the chess games that companies like Apple have to be constantly playing behind the scenes so as to protect their interests. Business is business and Apple will strike out against a potential enemy or current supplier as needed and do it as quickly as a King Cobra without mercy.