Our first report of the day was titled "Kantar: Apple's iOS Achieved Continued Growth Across most Major Regions while Nokia's Comeback Could Impact Europe." In Kantar's second report published today titled "An Incredible Decade for the Smartphone: What's Next," they begin by noting that 2016 will go down as the year when the smartphone market stopped growing. As the smartphone industry matures, fewer consumers are moving between brands and ecosystems – and market growth has increasingly relied on replacing existing devices, rather than bringing in large numbers of new buyers.

Kantar notes that success in the new smartphone economy will require fundamental changes in tactics used by vendors to market devices and services to potential customers.

Services have been a huge focus at Apple and in fact Apple's CEO Tim Cook noted during their latest financial conference back in January that it was Apple's "best quarter ever for services with almost 7.2 billion dollars in revenue. App store customers broke all-time records during the holiday quarter including $3 billion dollars in purchases in December alone, making it the App Stores single best month ever. Our innovative and vibrant developer community has created over 2.2 million apps for doing almost anything that you could imagine. Apple's developer community has now earned over $60 billion dollars including over $20 billion in 2016 alone.

Revenue from our music business grew for the third quarter in a row and our Apple Care and iCloud storage services have all-time record results.

Services are becoming a larger part of our business and we expect the revenues to be the size of a Fortune 100 company this year. Our service offerings are now driving over 150 million paid customer subscriptions. This includes our own services and third party content that we offer on our stores. We feel great about this momentum and our goal is double the size of our services business in the next four years."

So yes, services, as Kantar points out, is going to play a huge roll in helping to retain iOS loyalty and market share, and Apple saw that trend happening well ahead of market analysts.

Kantar's report went on to point to Apple's amazing customer base. They noted that among iPhone owners in the US in 2016, loyalty to the Apple iPhone was 92%. For those consumers who also owned an iPad, iPhone loyalty increased to 96%.

On the Android side, the best showing came from Samsung where loyalty to their smartphone alone was 67%, increasing to 74% if the consumer owned both a Samsung phone and tablet. That probably explains why Samsung released their largest tablet upgrade ever late last month at the Mobile World Congress in Barcelona.

The first trend that Kantar sees is that consumers are opting to purchase premium models. This has become a hot area for competition and innovation, in terms of quality of material and design. For 2017, Apple's Anniversary iPhone is likely to be the runnaway winner in terms of bringing new style and features.

A second trend is the shift to Larger screen devices. They're in popularity with 46% of Chinese smartphone sales now dominated by devices with a 5.5" or larger display. In the U.S. market over a quarter of smartphones sold had a screen size of 5.5" or larger. 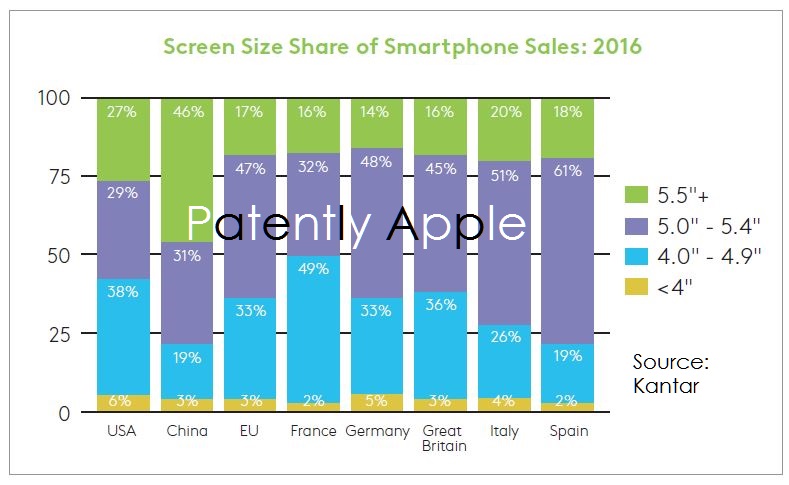 The leading driver of purchase across US, China, and Europe is the size of the screen, followed by the quality of the camera.

The one trend that could potentially hurt Apple is consumers wanting better pricing for premium phones. In the U.S. (43%) and Great Britian (36%) buyers cited that pricing was becoming their leading criterion for making a purchase.

Getting customers to upgrade more regularly is important and currently manufacturers feel that the carriers have not worked hard enough to convince customers to take advantage of the carrier's own upgrade offers.

In response, both Apple and Samsung now offer branded upgrade plans directly to consumers. These programs enable manufacturers to earn higher gross margins through direct-to-consumer sales, but as sales from these channels remain a small part of the overall smartphone business, sales momentum still rests firmly with the carriers rather than the manufacturers.

The Disappointment in Wearables

Wearables were expected to be the next big mobile technology, promising to expand the smartphone ecosystem to the wrist. However, judging from disappointing sales results, vendors were far more excited by the potential than were consumers. 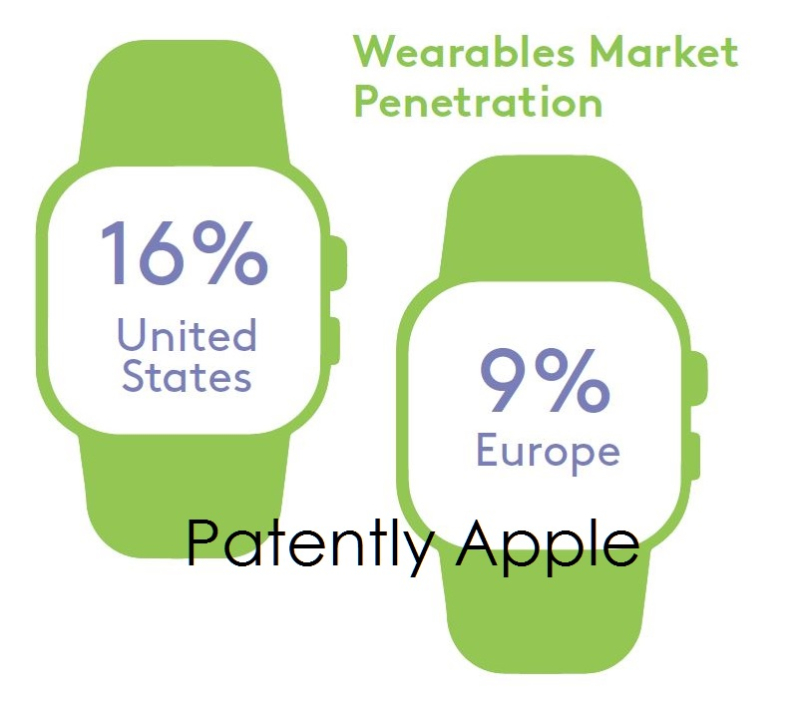 Sluggish sales of smartwatches have resulted in Lenovo's Moto and Microsoft both announcing in late 2016 that they would stop production of their wearables. Jawbone ceased production in May 2016, and early-riser Pebble was acquired by Fitbit, which recently announced it is laying off 6% of its workforce.

As disappointing as the wearables have been, Apple's Q4 performance in the pure smartwatch category was a 'magnificent success' according to IDC's March report.

Virtual/Augmented/Mixed Reality Not Moving the Needle

Virtual reality (VR), augmented reality (AR), the growing importance of artificial intelligence (AI), and virtual assistants may help stimulate future growth. But without more compelling applications for these technologies, they may end up being more hype than substance. What the market needs is a satisfying combination of technology, content, and services that make consumers lives easier, rather than adding complexity with no significant benefits.

While Apple's CEO has talked up Augmented Reality, it remains a much longer term project for Apple. True there's a constant string of patents and rumors of a future headset but nothing that points to such a device being close to coming to market. A killer app is needed to spark real interest in this area of the consumer market and Apple may be the one to once again lead the way.

How low is the interest in such gadgets at present? Well, in Scandinavia virtual headsets hit 3% of the market while in Sweden it's at a whopping rate of 4%. It's barely better than smartwatches which are at 5%. So at present, smartphones and tablets are still the kings of consumer gadgetry.

Innovations on the Horizon

The Promise of a Full-Fledged Virtual Assistant Personal assistants like Siri, Google Now, and Cortana have been available in smartphones for a few years, but usage beyond settling bar room arguments has been limited.

The introduction of the Amazon Echo and Google Home over the past couple of years has reinvigorated this space, with the promise of a truly intelligent machine that makes it easier to do everything from playing music to buying home supplies.

In the US and EU5, fewer than 25% of smartphone owners used a virtual assistant in the past month. In China, however, usage hovers around 63%, offering a glimpse of what the future can hold if the assistant concept is done well. 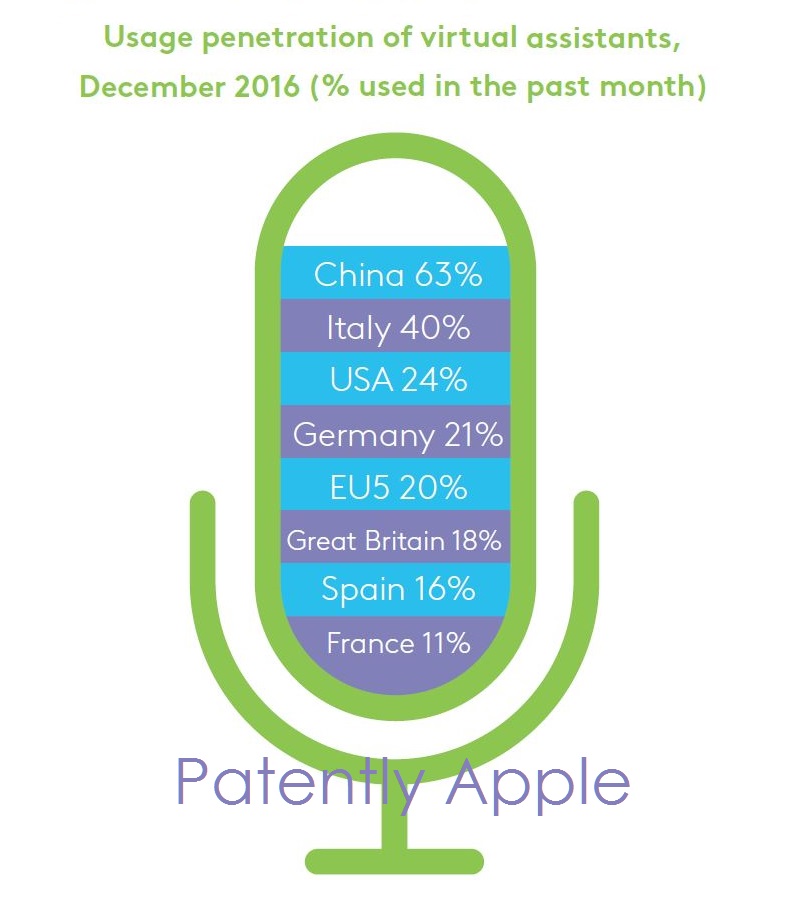 With the integration of Amazon Alexa no longer limited to the Echo, along with a partnership with Huawei, and the indication that Google Assistant, currently limited to the Home and Pixel line of products, will replace Google Now across Android devices, this space can be expected to become an important battleground for vendors in 2017.

As for Apple, there have been rumors and a spattering of patents about Apple's Siri being a part of an in-home automation system that could be a part of Apple TV.

During Apple's last financial conference call in January, Apple's CEO talked up Siri and the smart home. Cook noted that "I'm personally using HomeKit accessories and the Home App to integrate iOS into my home routine. Now when I say good morning to Siri my house lights come on and my coffee starts brewing. When I go io the living room to relax in the evening I use Siri to adjust the lighting and turn on the fireplace. And when I leave the house, a simple tap on my iPhone turns the lights off, adjusts the thermostat down and locks the door. When I return to my house in the evening as I near my home, the house prepares itself for my arrival automatically by using a simple geofence. This level of home automation was unimaginable just a few years ago and its here today with iOS and HomeKit." If Cook is talking it up it's because more advances with Siri on this front are probably in the works.

Kantar's special report ends by noting that "For companies in the mobile space, the days of business as usual are gone. If mobile manufacturers want to preserve the global brands they have worked so hard to build, they must trail blaze new, innovative offerings, and nurture fertile, new partnerships. If they fail to do this, they can be sure that a rival will. The opportunity is there for the taking."

Apple has led the way with the iPhone and iPad, is the leader in the smartwatch arena with little to no competition to speak of, is constantly advancing Siri even though it needs a major boost in the arm in the not-too-distant future and Augmented Reality is something that Apple is working hard on.

Apple has a lot of work going on in the 3D space for an in-air gesturing interface that may play well in the headset space down the road.

Without a doubt Apple still has the most solid round of consumer gadgets and we're constantly told that Apple has a deep pipeline of products in the works. No one to date but Apple has had success and profits from their smart devices even if they're not first at everything.

While Google, Amazon and Microsoft have introduced interesting new products ahead of Apple, nothing has been a market killer despite the hype in the press. It's true that the market is getting a little bored waiting for a new exciting trend to emerge but it may take a year or two more before we see the next iPhone or iPad type of gadget emerge.

For now, the best thing to look forward to is Apple's anniversary iPhone and that's unfortunately six or more months away. If we're lucky Apple may surprise us with exciting new iPads shortly and maybe something new to shake things up – like an all-new Apple Music-TV service.

Until that rolls out, do you see any new emerging trend that has a chance for a knockout product in 2017? Send in your comments below.