Is Apple moving up their iPad Launch Date to Keep Samsung's new Tablet Lineup in Check? 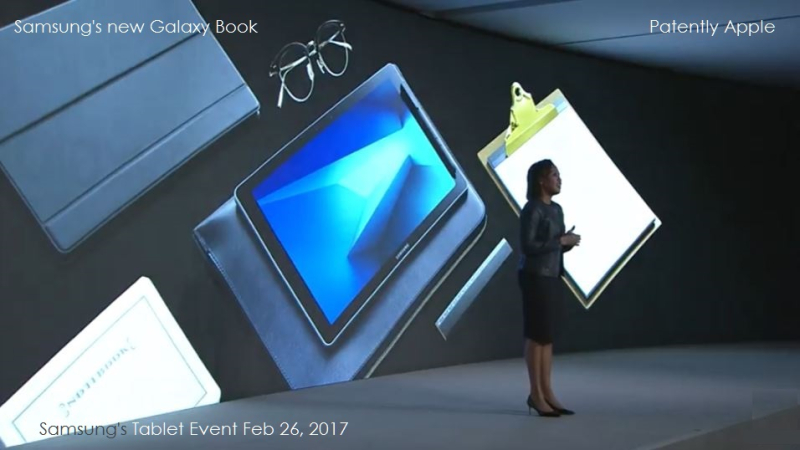 This year Samsung passed on delivering their new Samsung S8 in Barcelona as in previous years mainly due to the official Note 7 disaster findings only being made public on February 22. Other reasons for delaying the S8 include wanting to launch the S8 with Bixby, its new digital assistant; and to introduce a new virtual home button that will use their home grown next-gen 3D force touch technology to get closer to Apple's current 3D touch.

To fill the gap for Samsung at the Mobile World Congress trade show, that is usually filled by a new smartphone, Samsung delivered new Tab S3 tablets, an all-new Windows 10 Galaxy Book hybrid tablet/notebook device along with a new stylus of their own along with new a stylus from STAEDTLER Noris which has been widely applauded by the tech world.

Today we're learning through Apple's supply chain that production scheduling for the new iPads has been moved up. Is Apple reacting to Samsung's new lineup or is it because the Steve Jobs Theater will be opening in April as the Digitimes report is surmising?

While we'd all like to see the new Steve Jobs Theater open sooner rather than later, Apple's press release about Apple Park made it clear that the new theater would only open "later this year" – likely to introduce the anniversary iPhone.

Beyond where the event will be held, Digitimes reports today that "Apple has moved ahead the production for its planned new 10.5-inch iPad to March instead of an earlier timetable set for May-June." This is likely to translate to an iPad event in April.

The report further noted that "The 10.5-inch iPad will target education and business sectors, and together with an upgrade 12.9-inch iPad Pro, the two models will be Apple's mainstream products for the mid-tier to high-end tablet market in 2017.

In the end, is Apple reacting to Samsung's new tablet lineup by launching their new iPads earlier than expected or has the rumor mill simply gotten it wrong all along? I think it's the later, what say you?