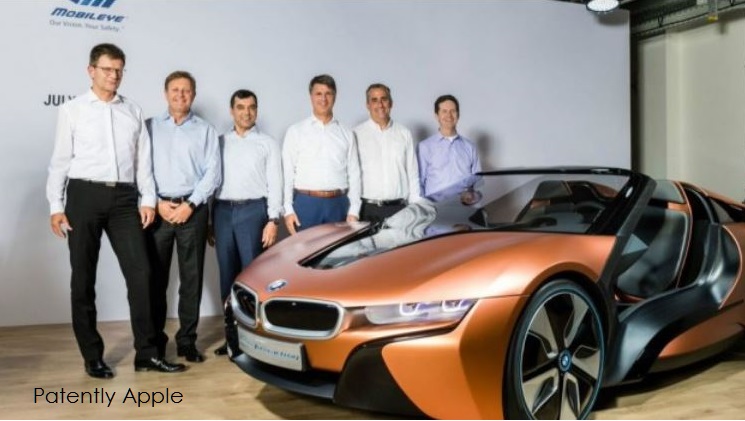 Back on July 01, 2016 Patently Apple posted a report covering the BMW, Intel and Mobileye press event announcing the BMW autonomous car for 2021. The big announcement was that the three companies would bring the new BMW autonomous vehicle to market based on a new open platform. It was made clear during the event that it was crucial to create a standard platform for others to join and participate in for this leap in vehicle technology to be a success. Standardization will expedite the regulatory process for such a platform to thrive. It was an interesting idea because it could be here where Apple's Titan Project could eventually play a role. Today news has broken out of Jerusalem that Intel has acquired Mobileye, making it the largest takeover in Israel's history and the largest purchase of a company solely focused on the self-driving sector. 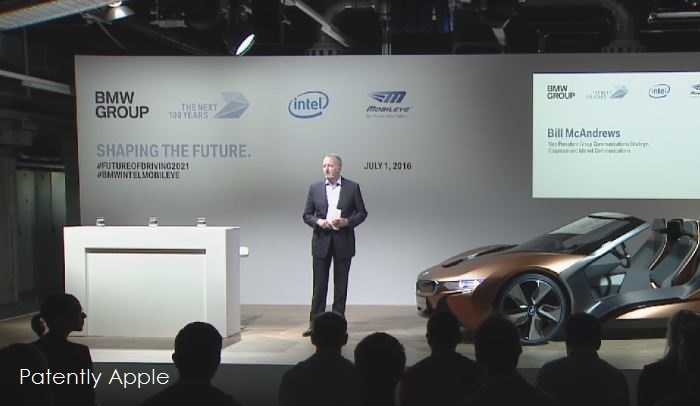 The Times of Israel reports that "U.S. giant Intel Corp. said Monday that it has agreed to buy Mobileye, a Jerusalem-based developer of advanced vision and driver assistance systems, for $15.3 billion in a move the US chipmaker hopes will position it as a leading technology player in the fast-growing self-driving car market.

Mobileye develops the sensors and artificial intelligence that allow a vehicle's on-board computer to essentially know where it is in relation to other vehicles, pedestrians and the surroundings, the key technologies needed for cars to eventually safely drive themselves. 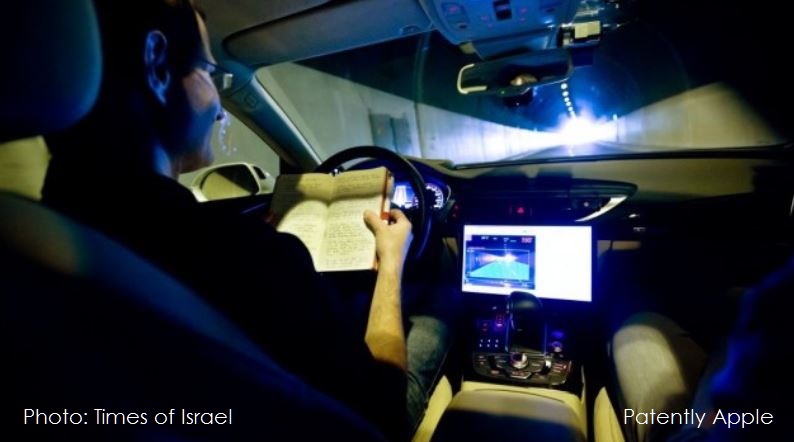 The deal, the largest ever purchase of an Israeli high-tech company, was hailed across Israel as a sign of the country's technological prowess.

Intel's CEO Brian Krzanich stated that "This acquisition is a great step forward for our shareholders, the automotive industry and consumers. Together, we can accelerate the future of autonomous driving with improved performance in a cloud-to-car solution at a lower cost for automakers."

'Israel is a superpower in knowledge, technology and innovation,' said Science and Technology Minister Ofir Akunis." For more on this story, read the full Times of Israel article here.

It would appear that Apple would agree with that statement as well considering that they they've made several important acquisitions in Israel over the years to include PrimeSense, LinX and more recently RealFace.

Reuters added that "Mobileye accounts for 70 percent of the global market for driver-assistance and anti-collision systems. It employs 660 people and had adjusted net income of $173.3 million last year. Intel said it expected the transaction to close within the next nine months.

For a dozen years, Mobileye has relied on Franco-Italian chipmaker STMicroelectronics to produce chips that the Israeli company sells to many of the world's top automakers for its current, third-generation of driver-assistance systems.

Mobileye's relationships with automakers, leading suppliers and STMicroelectronics will continue uninterrupted, the companies said in their statement, and Mobileye's current product roadmap will not be affected.

But in the bigger picture, Intel has a giant competitor that must be acknowledged. According to Reuters, "Last October, Qualcomm announced a $47 billion deal to acquire the Netherlands' NXP, the largest automotive chip supplier, putting pressure on other chipmakers seeking to make inroads into the market for autonomous driving components, including Intel, Mobileye and rival NVIDIA.

The Qualcomm-NXP deal, which will create the industry's largest portfolio of sensors, networking and other elements vital to autonomous driving, is expected to close later in 2017, subject to regulatory and shareholder approvals." Read more about this in Reuter's full report here.

While Intel may be second behind Qualcomm-NXP, Intel's business model of creating an open standard for the autonomous vehicle market may be the key to eventually winning the game.