When Apple first sued Samsung for patent infringement it set the Android community into a wild zombie like rage screaming at anything Apple saying that Apple was killing the patent system and that they were trying to patent everything under the sun and on and on the insanity went. So, where did Apple land on the top 50 USPTO granted patent list for 2016? Number eleven with Samsung number two. From the EU's top 50 list of granted patents, Samsung came in number three and Apple didn't even make the list as noted from the EU's Excel spreadsheet below that anyone can download here. 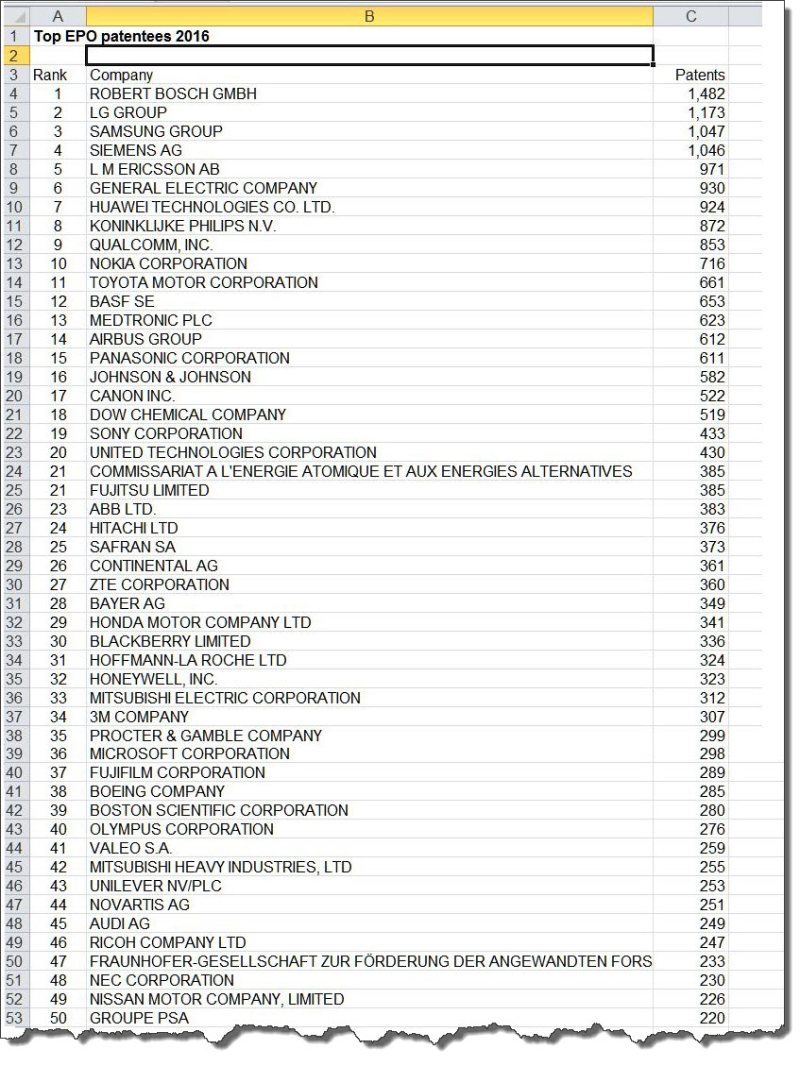 So the next time an Android fan foams at the mouth about Apple being a patent maniac, point them to our report so that they could look in the mirror and see that Samsung is the patent filing freak, not Apple.

As someone who covers both Apple and Samsung granted patents, it's a joke at the level Samsung wins patents. This week alone Samsung was granted 213 patents versus 42 for Apple. And that's just one Android OEM.

If you happen to read any news that Apple files the most patents on the planet, make sure to label that site a supporter of FAKE NEWS.