It's always fun to read about new consumer oriented inventions like a wireless charging device that shows a user that charging has begun by levitating an Apple device like an iPhone – or to discover that Apple has begun researching new form factors like a scrollable iPhone. But for some of us, learning about some of the behind the scenes processes that Apple is working on to perfect future products is just as fascinating. Last week the U.S. Patent Office revealed two interesting inventions by Apple. The first covers a new testing device for artificially grown corundum to form sapphire parts and housings while the second invention involves forming recessed features in a ceramic or sapphire component for an electronic device like logos or device housing textures.

Apple's patent FIG. 1 noted below shows us an illustrative perspective view of a sapphire structure #100 that may be a wafer of artificially grown corundum to be further processed and used in an electronic device. 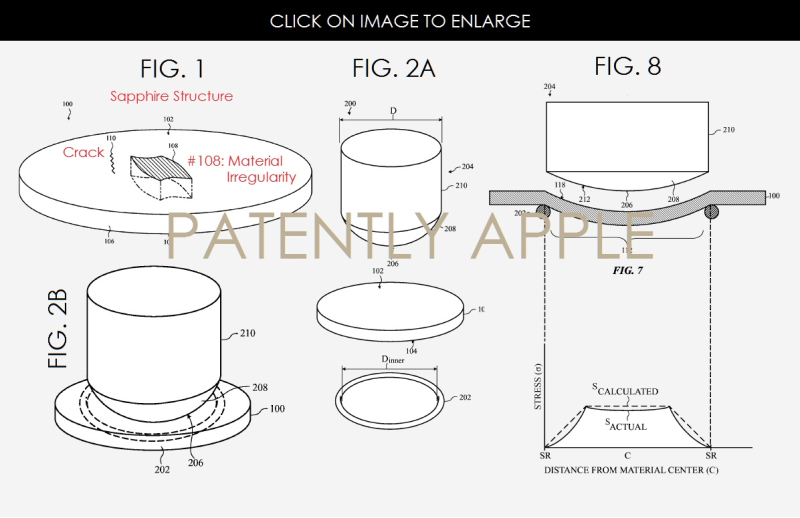 It appears that Apple is determined to continue their work with artificially grown corundum / sapphire despite ending their relationship with GT Advanced Technologies. Other patents surfacing after the GTAT breakup include laser polishing ceramic and sapphire and a laser system to color sapphire materials for a future iPhone.

Apple's patent application was filed back in Q3 2015. To review the details about this invention, click here. Considering that this is a patent application, the timing of such a product to market is unknown at this time. The inventors on this patent are Dale Memering, Manager of Product Design Materials and product design engineer Victor Luzzato.

Method for Forming a 3D Feature in a Cover Surface 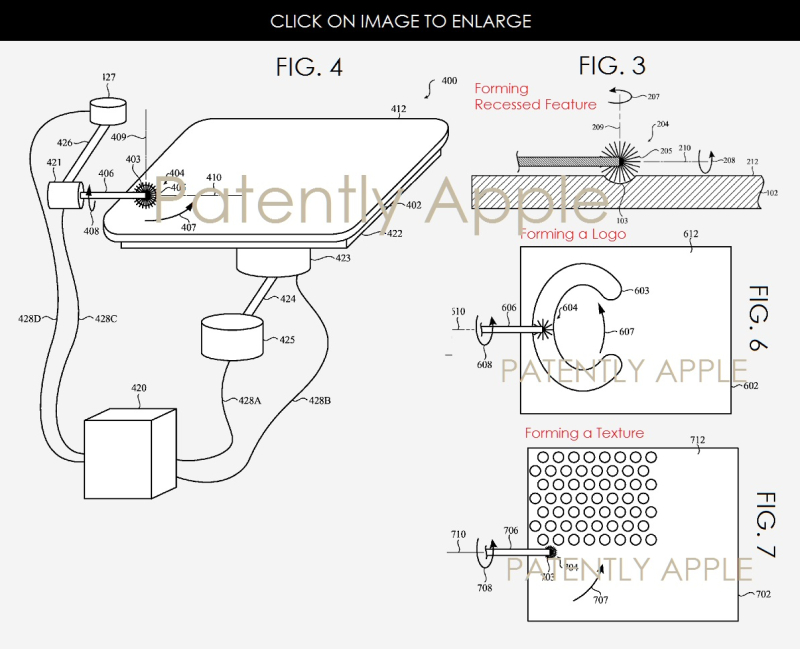 Materials such as metal or glass, sapphire, or other ceramics may be finished using a variety of different abrading or other material removal processes. For example, polishing may rub a surface of a part using a tool (such as a bristle brush) to achieve a particular surface finish. In many cases, polishing is performed on flat or planar surfaces using flat rotatory brushes. Such a process may work well for polishing flat surfaces, but may not create as uniform a polished finish for three-dimensional features.

Apple's invention relates to finishing three-dimensional features using abrading and/or other processes that remove material. More particularly, the present embodiments relate to forming recessed features in a ceramic component for an electronic device.

Apple's patent application was originally filed on September 2, 2015. To review the details behind Apple's invention, click here. The inventors listed for this invention are Jeremy Franklin, Product Design Manager who came from MIT, and Kristina Babiarz, Product Design Engineer.