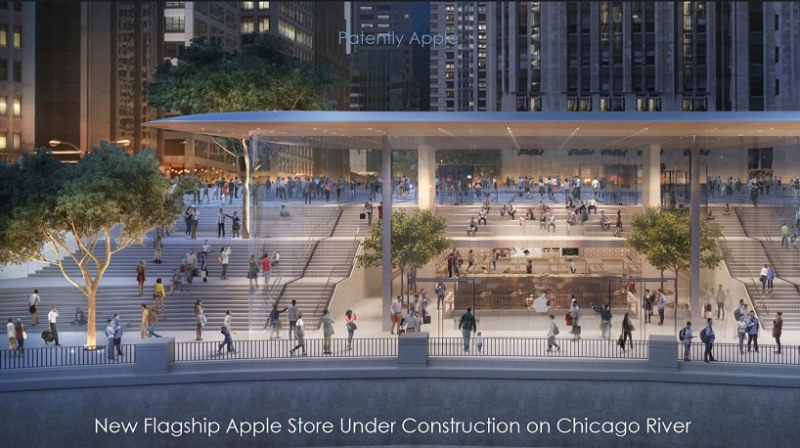 Apple is building one of their greatest Flagship Apple Stores on Chicago River and the design as noted in our report is practically a transparent structure of glass that's quite spectacular. The cost is estimated at $27 million that will likely open its doors sometime in October. 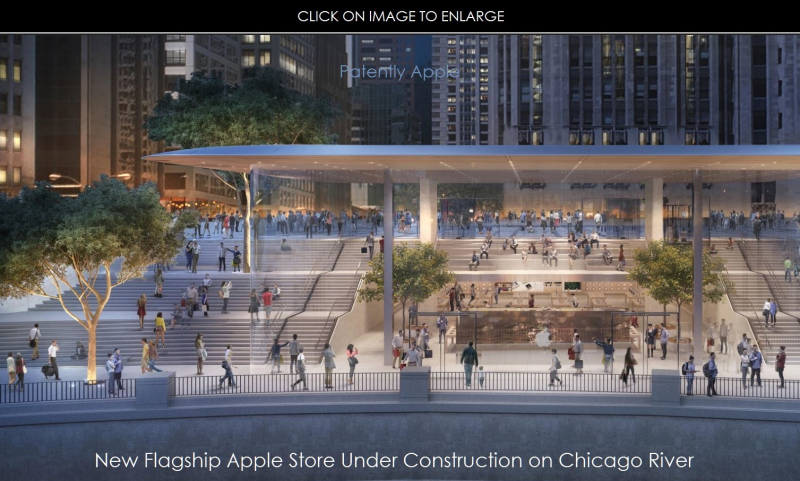 James McGrath, a partner at Foster + Partners, the London-based architectural firm that designed the Chicago store and Apple's Cupertino, Calif., headquarters stated that "We wanted the building to be as light and transparent as possible." Eventually the store will have floor-to-ceiling glass wall opening a view from the Pioneer Court Plaza to the river. The concept drawing above makes it look like a roof and to center beams. 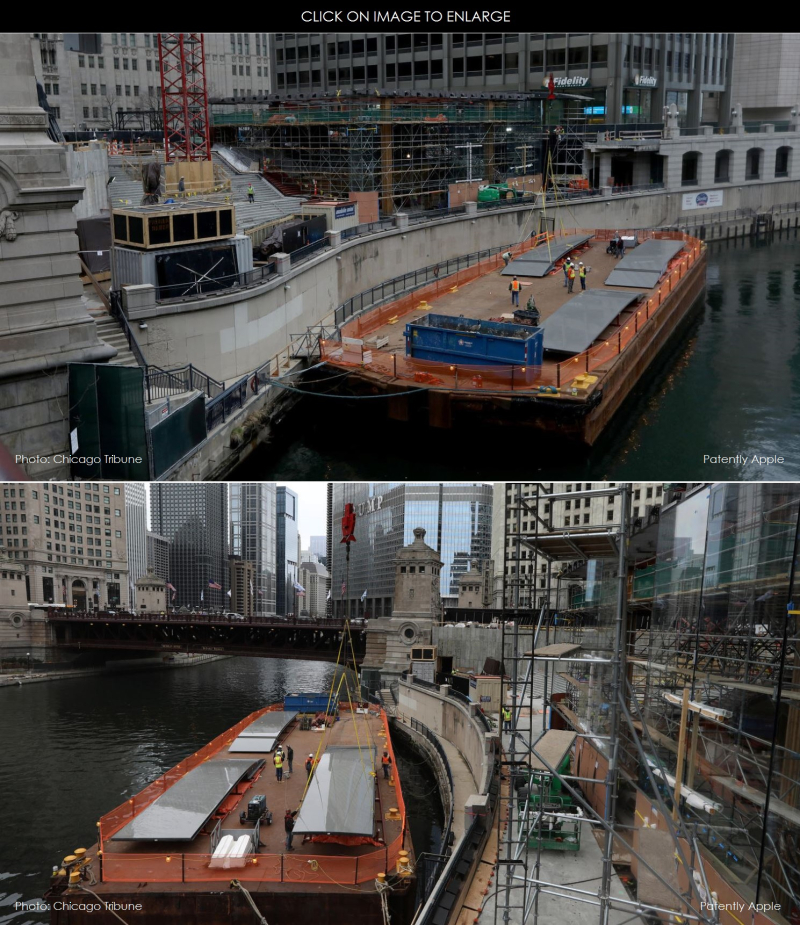 If you've ever been to Chicago and travelled down the Magnificent Mile, then you'll be able to tell where this Apple store is located. As you can see in the bottom photo, Trump's building is on the other side of the bridge.

Foster + Partners McGrath added that "We want it to be more than just a shopping experience." This Apple Store will have all of the modern elements like the "Forum" that could host classes and events." It sounds like it's going to be a real tourist attraction when it's completed. For more see the video and more of the Tribune's report here.