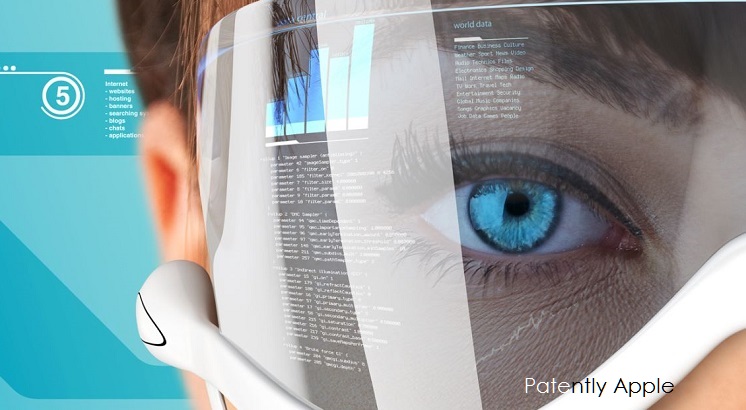 Patently Apple has been following Apple's augmented reality patents since 2009 and our archives present a wide spectrum of ideas over the years. We've also posted a series of special reports on the matter. The first was posted in January 2016 covering VR and AR and talked about the team that Apple was building. A team made up of engineers from HoloLens, a top VR researcher from Virginia tech with experience in gaming, sports and 3D user interfaces. A second report was posted in September 2016 titled "Apple's Enthusiasm for Integrating Augmented Reality into Future Devices and Apps is Growing Louder," and third was posted in February 2017 wherein Apple's CEO noted that he regarded augmented reality as big an idea than the smartphone.

Today we're learning that Apple's AR team has since hired Mike Rockwell a key engineer form Dolby who advised Meta who created an AR headset as noted in the video below. He's now the leader on the AR team at Apple under Dan Riccio who's in charge of the iPhone/iPad engineering groups.

Sources tell Bloomberg that Apple has also mined the movie industry's 3D animation ranks and has opened a Wellington office to lure several employees from Weta Digital, the New Zealand special-effects shop that worked on King Kong, Avatar and other films.

One of the apps that Apple is apparently working on involves PrimeSense technology which would allow users to take a photo and then at a later time add different levels of 3D depth to it so as to change the focal points of the photo to emphasize different items or people within the photo. A great number of PrimeSense patents could be found in our archives here.

To better understand the future of VR using advanced 3D technologies for film and photography, check out the work being done over at Lytro here. You could also check out photos using Lytro technology. Here's one example. Look at the photo and then click on the second penguin and you'll see the focus of the photo change instantly. In another example, you can see the focus is on a pole with posters on it and with one click of your mouse on the bridge, the focus instantly changes. There are a great number of example you can test out for yourself on that site. It's a very cool capability for photography and its one that Apple is working on. Lastly, you could learn a little more about this story in the latest Bloomberg report here.