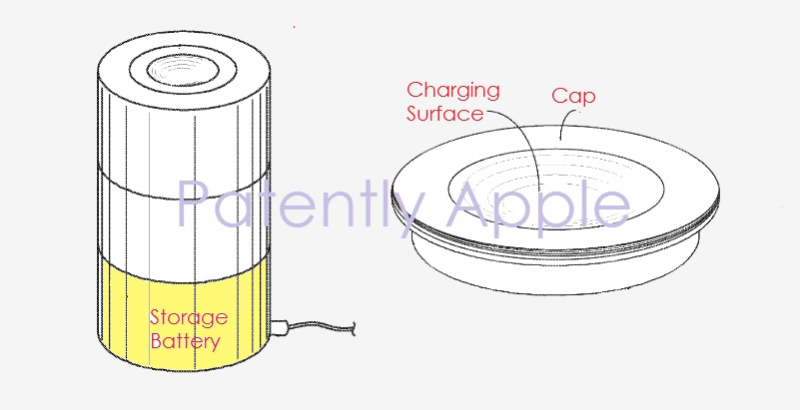 This is likely why Apple joined the Wireless Charging Consortium so that Apple's third party peripherals developers could ensure their wireless charging system is compatible with Apple's charging stations.

Technically speaking, Apple notes that some embodiments pertain to a wireless charging assembly comprising a housing, a cap structure, a ferrimagnetic sleeve, an inductive coil, a magnet, a printed circuit board assembly (PCBA), and a four-pin connector.

The cap structure can have a charging surface and a bottom cap surface opposite the charging surface. The bottom cap surface can include a ridge formed along a perimeter of the cap structure and can be coupled to the housing at the lip. In some embodiments, the bottom housing surface further can have a plurality of protrusions, each protrusion including a threaded screw hole configured to receive a screw or bolt. 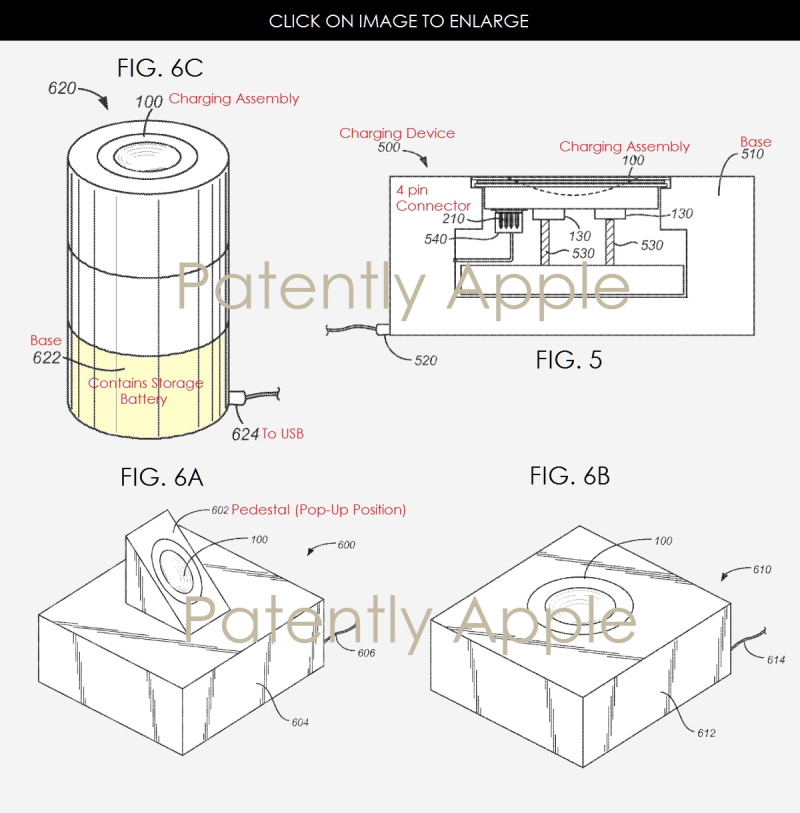 Apple further notes that charging devices (FIGS. 6A and 6B) 600, 610, and 620 can also play media content stored in the mobile device by way of a speaker and/or a video display.

The wireless charging device comprising FIGS. 6A and 6B show a design with a pop-up element so that a device like an iPhone can be angled on it while you're working on your iMac or just a standalone display using the iPhone's brains acting as a simple desktop just like Samsung introduced yesterday with DeX.

The charging device can be a portable battery and can include a power storage battery not shown in FIG. 6C.

In some embodiments, the battery in base structure #622 can be charged by placing the charging device in a battery charging unit. Although depicted as a cylinder in FIG. 6C, the base structure can be in any appropriate shape and geometry.

Apple's patent application was filed back in Q3 2015. For more details about this invention, click here. Considering that this is a patent application, the timing of such a product to market is unknown at this time.