Over the last year two Apple patents have come to light regarding next-gen Apple Watch Bands. The first invention covered bands that would be 3D Touch sensitive, have band color changes to indicate different actions like an incoming message and liquid cooling. The second invention covered smart band links that would allow a user to add different sensors of interest, add a battery and more. Today the US Patent & Trademark Office published a patent application from Apple that reveals yet another round of smart band ideas.

This time Apple's invention is focused on new Apple Watch smart bands for sports enthusiasts. In this round of smart bands we learn that there could be backlit indicators and icons representing activities in progress. The indicators on the band could represent Activity App progress, heart rate monitoring and offer other icons for  running, swimming and more to indicate that a particular activity is currently being tracked or is in progress.

The detailed patent figure collages presented below provide you with a great overview of what the patent application covers. 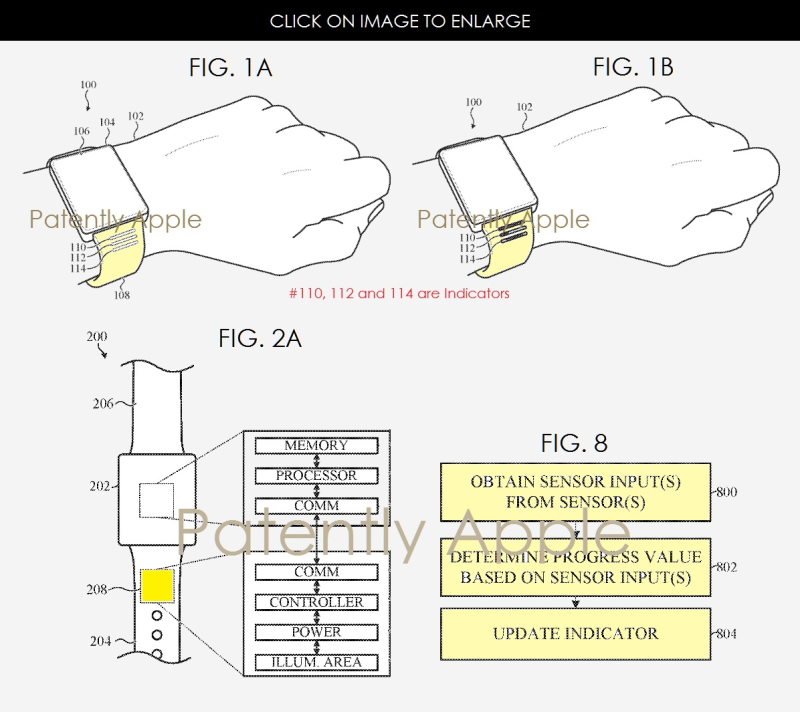 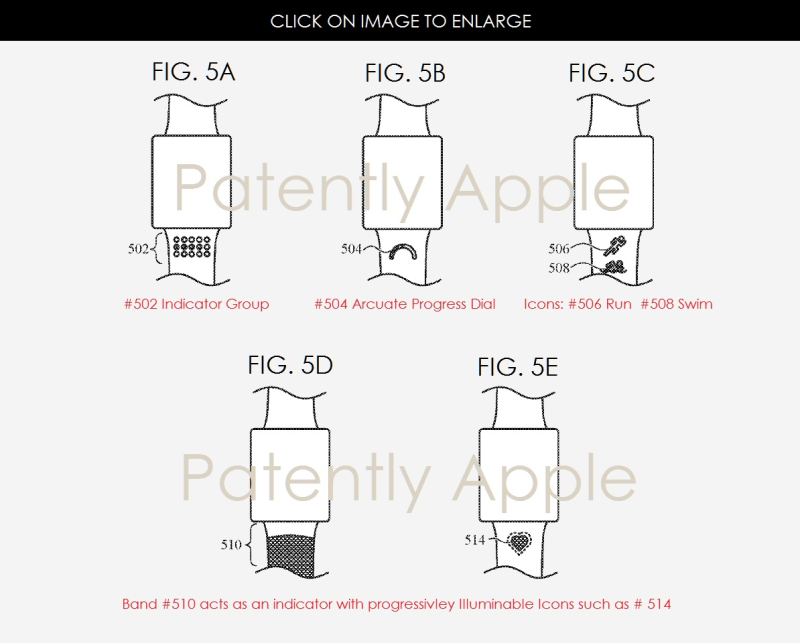 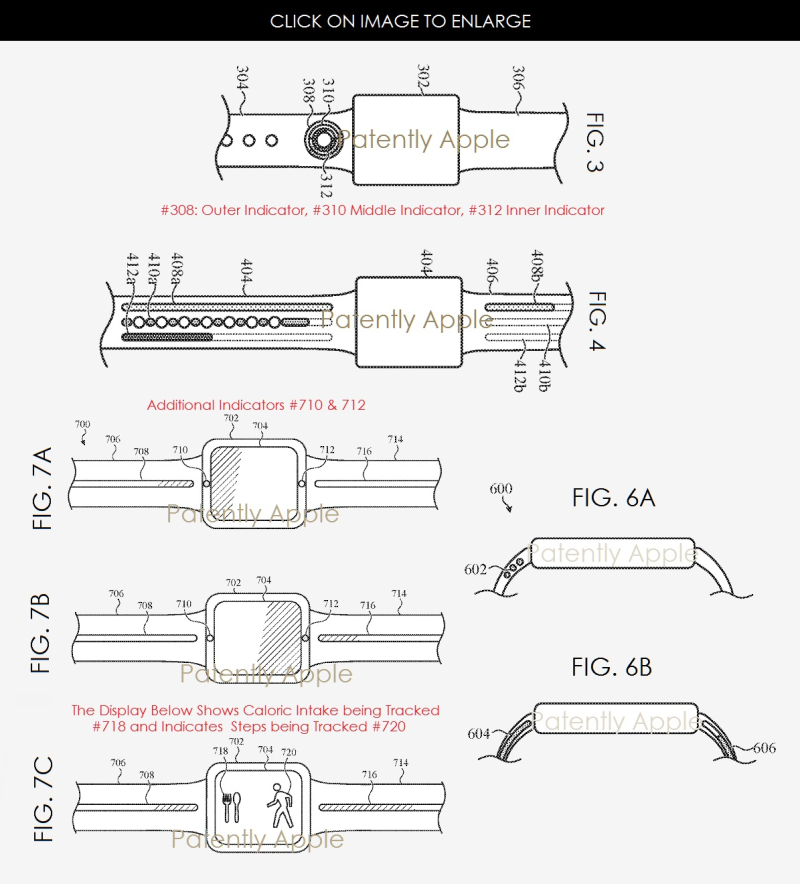