Apple is planning to introduce their new iPad line-up in the first half of the year. They could debut at a special iPad event or be a key focus during their developer conference keynote set for June. Along with new hardware, Apple could introduce their next version of 3D touch that could include "Shear Force" functionality. Although Apple supplier TPK is really excited about the new force touch module, he was vague as to whether it will be an iPhone 8 exclusive feature or launch earlier on iPads. Beyond that, Apple could introduce a new Smart Keyboard with a new Social Media Share Button and an Apple Pencil solution for attaching it your iPad via a new magnetic system or perhaps an Apple Pen accessory.

One of the oddball long shots that Apple could introduce this year is a digital crown-like feature for iPads as noted in a recent Apple patent application. That could add a little excitement if the accompanying 3D interface was ready. The only reason that I'm even mentioning this feature is because a Microsoft Surface Tablet patent application was published yesterday that hints of delivering a similar idea. 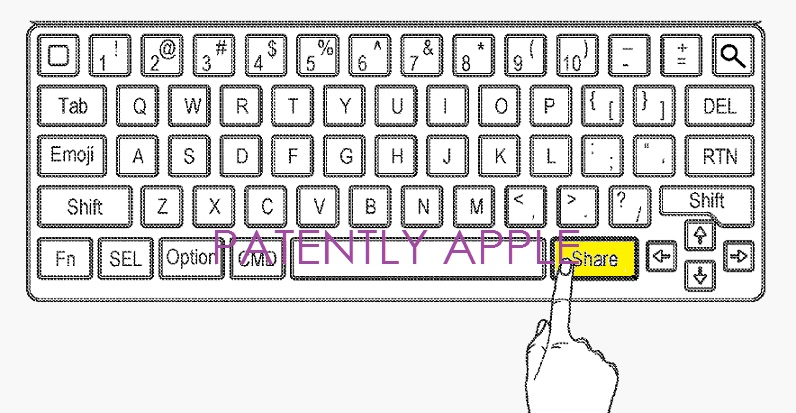 One of Microsoft's latest inventions reveal a next generation Surface Pen that includes an all-new Surface Ring Button, noted in our cover graphic, that will provide users with new multitasking functionalities like switch or toggle between open applications, select or highlight text, delete text, copy or paste content. In addition, Microsoft illustrates bringing a Ring Button to a future generation Surface tablet wherein a portion of the rotary-style button is exposed while the other portion is hidden in the bezel of the tablet that will bring similar functionality.

Currently Apple's iPad remains the king of tablets while Microsoft is still struggling to get into the top five vendors worldwide. But this is the year that Microsoft may end up surprising the market with their new Qualcomm + Windows platform that promises to make a real impact on the market later this year. It won't do much for their Surface line-up but it will push Windows based tablets and detachables market share upwards significantly.

The battle for the tablet market 2017 is about to begin and the first one out of the gate will be Samsung who was in second place in tablets for 2016. They will introduce their next-gen tablets this coming Sunday in Barcelona. Will Samsung play it safe or will they try to shock the market with some hot new idea ahead of Apple? In the shorter term, you could check out more graphics from the Microsoft Surface Pen and Tablet patent that Patently Mobile posted earlier this morning here.

While Apple's competitors are bound to make a lot of noise in the market this year on the tablet front, shy of a miracle development, no one will be knocking Apple off their perch this year.