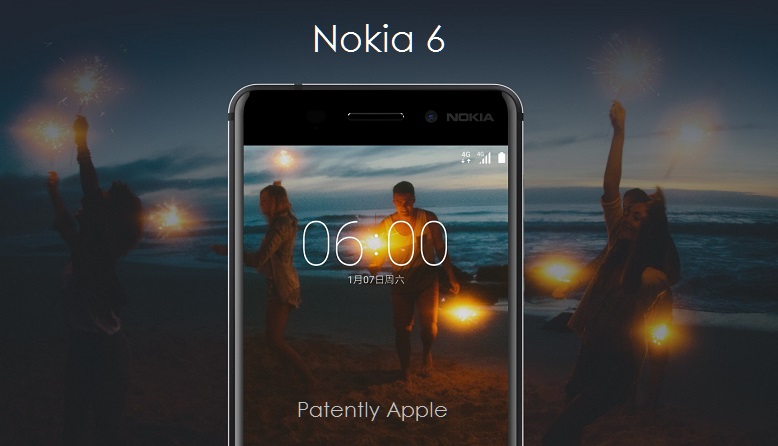 Apple's competition is now out in full force this week at the Mobile World Congress trade show, the largest mobile device event of the year held in Barcelona, Spain. Yesterday Patently Apple posted our first report of the event covering Samsung's new tablets. A clear third of their presentation was about pumping up the next generation 5G networks with their partner Verizon. Today Samsung's full keynote has been made available so that you can hear what Verizon said about the upcoming future of 5G networks along with seeing the full roll out of their new tablets. The second keynote presented in our report covers the new Nokia 6 smartphone that's now going global while the third keynote covers LG's new smartphone. If you're interested in keeping on top of what Apple's competition will be offering this year then you'll enjoy the availability of these three videos in one report.

Patently Apple first covered the company HMD bringing the next-generation of Nokia products to market back in December. The new Nokia 6 will start at US$245 up to US$325 for a smartphone with 5.5" display (1920 x 1080), 16MP rear camera and 8MP front camera. The entry unit comes with 3GB RAM, 32GB storage. The Nokia Arte Black Limited Edition comes with 4GB RAM, 64GB storage. The Nokia 6 will update Android as frequently as the iPhone updates iOS, as in constantly, unlike other Android phones on the market which is going to be a great selling point.

Apple fans will get a kick out of Nokia's keynote including a video of the design of the Nokia 6 trying to copy the classic Jony Ive introductions. I laughed when they talked about "this thinking is Nokia Legacy." Nokia led the way in ugly cell phones prior to the iPhone. In fact complete rubbish and now that they copy Apple's approach to design, it's their legacy. Yes, comedians they are.

Yet with that said, Nokia smartphones will make an impact on the market, especially in Europe where they will cheer on the return of the Nokia brand. And with their aggressive pricing, they should be able to make an impact around the globe with the exception of the U.S. where Apple's iPhone 8 and Samsung's S8 are likely to remain the leaders.

A Brief 30 second Nokia 6 ad about the Smartphone's Design

LG's new smartphone offers a nice new design but it's unlikely to help them in the U.S. market. It's a very slow and clumsy presentation – though if you're an LG fan I'm sure you'll enjoy it.